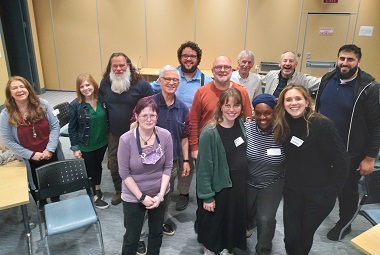 The Metro Vancouver Alliance team is planning a Solidarity Action Assembly in April.

Many of us experience the world as more lonely and fragmented than when we were younger. Parents seem to have less time to hang out with their kids, public spaces and services are diminished and privatized, and fewer birds and insects fill the sky. We are searching for a space of belonging and connection, a space where we feel we can truly make a difference and a space where we can become reenchanted with the world again.

The kind of space I think many of us are searching for is an ‘anatheistic’ one. Theologian Richard Kearny, in his book Anatheism: Returning to God After God, argues that many people think we are living in a post-religious society. One where certain traditional notions of an interfering, omnipotent God became too hard to believe after the horror of the 20th century wars.

The rampant secularism that arose in its vacuum has also proved insufficient. We are now living in a time where both religion and secularism are being reimagined. Kearny presents a fresh perspective on thinking about God and his idea of anatheism (ana – meaning ‘return to’ in Greek) conveys the idea that we must continually and habitually make a practice of returning to the roots of our traditions and reimagine them in fresh ways in order to reconfigure how we think we encounter God.

How does God return over and over? As God has so often come in the Abrahamic traditions: in the form of the stranger. It is the inaugural moment of the stranger where God regularly revealed. For the many who are weary of institutional religion yet whose lives are dominated under the shadow of neoliberalism there are very few spaces that seek to intentionally cultivate sacred encounters, where strangers can meet and be changed by one another.

Metro Vancouver Alliance (MVA) is one of them. I’ve spent the last few years volunteering with MVA, which is an alliance of faith, labour, community and environmental organizations.

All these types of organizations exist to try in some way contribute to the healing of the world. Yet too often they struggle for solutions in their own siloes. MVA was created to get them to be more effective in their missions by bringing them together and supporting them to work together.

These organizations often have a lot of stereotypes about each other and there is a lot that they can’t agree on – but there are always some things they can. Through being dedicated to creating the space for strangers to come together, being changed by each others’ stories and moved to take action, not only are they able to find common ground but also a deeper kinship and reverence for each other. 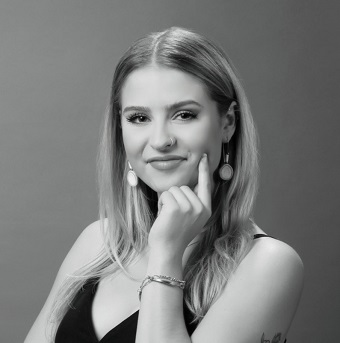 It is a messy and very imperfect space, but one to which I keep returning. It’s one of the few places in my life that is dedicated to cultivating opportunities for true encounter: for strangers to meet, where personal change melds with structural change and where the possibility for mutual transformation lingers in the space in between.

MVA is entering into an exciting new chapter. We’ve just hired a new organizer, Lucy Everett, with a mandate to help organize an action in April that will aim to kick off a shared, alliance-wide campaign.

What’s clear as we emerge from the pandemic is that people have more conviction than ever to rebuild relationships, to do something differently and to feel like they’re part of something significant together.

That’s why MVA is hosting a Solidarity Action April 23. This action will be part celebration, part ceremony, part encounter. By bringing together all kinds of institutions full of people from all kinds of backgrounds, we will get a glimpse of the whole, the unique gifts all the different traditions bring, and the liberatory power that flows from standing together.

You’re invited! If you and your organization would like to attend this event or learn more, please reach out at flossie.baker10@gmail.com 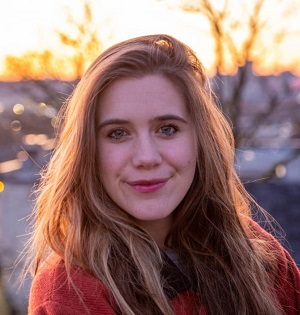 Why: To bring people together from diverse organizations across the lower mainland and pledge our commitment to Metro Vancouver Alliance as we emerge from the COVID-19 pandemic

Florence (Flossie) Baker is Lead Organizer for Sierra Club BC. She trained as a community organizer under the Industrial Areas Foundation and brings stories and lessons in organizing from the United Kingdom, the San Francisco Bay area, Victoria and Vancouver. Based in Vancouver, she is helping expand Sierra Club BC’s work with faith traditions.