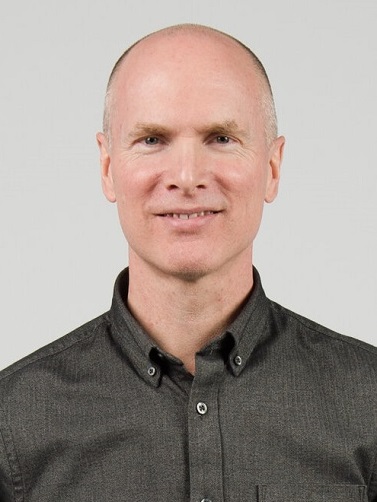 Kevin Palau will be a speaker both at the Pastors and Leaders Summit and at Mission Central SERVE.

Thus the Pastors and Leaders Summit planned for the morning of the first day of Mission Central conference (January 27) has considerable appeal.

Guiding the process will be Kevin Palau and Rick McKinley, who will address the topic ‘Collaboration for City-Reaching.’

Bringing with them years of experience in a city which has many similarities to Vancouver, they will introduce us to TogetherPDX, which “exists to see our community flourish by uniting, connecting, strengthening and serving local churches, pastors and leaders of the Portland/Vancouver area.”

(Portland is nicknamed ‘PDX’ after the airport code for the airport; Vancouver is, of course, the other Vancouver, in Washington.)

Kevin Palau wrote a book in 2015 which gives a good sense of where he is coming from; here is a portion of what I wrote about Unlikely at the time:

A new book tells the story of an unlikely alliance between a liberal gay mayor [Sam Adams] and a coalition of evangelical churches in Portland. The story is heart-warming – and offers hope for Vancouver. 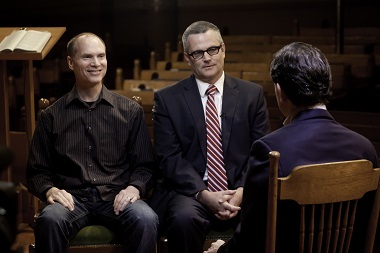 Portland and Vancouver have a lot in common. Both are large west coast cities with citizens who would, broadly, see themselves as politically progressive and ‘spiritual but not religious.’

At a conference on Christ and Cascadia (the bioregion running from south of Portland to north of Vancouver) last fall, key organizer Matthew Kaemingk told a Seattle Times reporter how hard it is to gain public attention for the gospel:

What scholars have found, Kaemingk said, is that Pacific Northwesterners are described as freethinking, anti-institution and individualists, making them more inclined to participate in a yoga class, hike a mountain or even attend a Seahawks game to find spirituality, rather than step inside a church.

With so many cultural, political, theological and sexual differences in the same place, Kaemingk said, churches need to reexamine some traditions to appeal to the broader community. 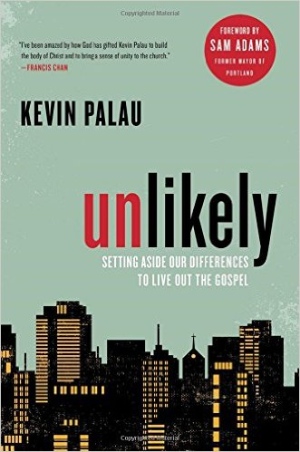 Kevin Palau describes one Cascadian experiment in Unlikely. The book’s subtitle – ‘Setting aside our differences to live out the gospel’ – gets to the heart of the story. . . .

[Adams and Palau] met at the request of Palau, but circled each other warily at first. Relations improved quite quickly, but Adams has this to say in the Foreword to Unlikely:

Growing up in Oregon, my experience with evangelicals was mostly negative. Based on my direct experience and what the mass media portrayed, I assumed most evangelicals were judgmental, accusatory, closed off and unwelcoming.

I thought Kevin, his dad [well known international evangelist Luis Palau] and the evangelical pastors asking to meet with me had their presuppositions about me as well – that their request was a check-the-box official courtesy for whoever happened to be mayor. . . .

Kevin and the others came with a new kind of offer to help Portland. And their attitude was not at all what I had expected. They were humble, not judgmental. They were open, not closed off. They wanted to work together, look beyond our differences and serve the city. They made it clear they had no hidden agendas. They offered humble community service, not self-promotion or inappropriate proselytizing.

And they delivered. Again. And again.

I can tell you rather bluntly that Kevin has not lost his evangelical edge. I know where he stands. He, his dad and the evangelicals in Portland love to share the message of Christ and aren’t shy about it. Personally, I have not lost my progressive political outlook either. . . .

We need to learn to disagree in a civil manner. To share our beliefs and convictions with humble attitudes and hearts. We should always be looking for points of agreement, acting upon those points of agreement for the good of our society and culture. . . .

The partnership to serve our city has changed our city. It has changed me and the lives of countless others. 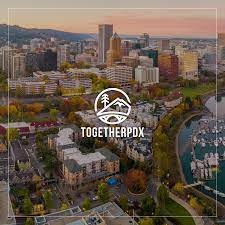 Some elements of the Unlikely experience are no doubt unique to Portland. But the creative partnership has caught the imagination of several media outlets over the past few years, including The New York Times and ABC News.

TogetherPDX has worked with the city on a number of fronts over the years, from hunger and homelessness to healthcare, the environment and public schools. They now have four major focuses:

Registration for the Pastors and Leaders Summit is a free (but required). 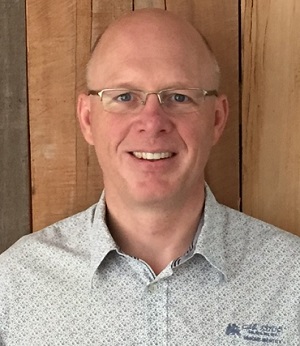 John Hall has focused on unity during his leadership of Mission Central.

It is fitting that Mission Central is including the Pastors and Leaders Summit as part of its final conference. For almost 40 years, Missions Fest / Mission Central has brought churches together in a completely unique way, fostering boots-on-the-ground ecumenism.

John Hall, Executive Director of Mission Central, wrote Why Unity as he looked ahead to the upcoming events. Here is a portion of what he said:

For most people, unity doesn’t immediately come to mind when thinking about missions. Our minds jump more quickly to Bible translation, learning to connect across cultural boundaries or humanitarian relief. Here at Mission Central, however, we believe that unity is central to our faith and to how we share our faith with the world.

The Lausanne Movement’s Cape Town Commitment emphasizes the importance of unity in very stark terms: “A divided Church has no message for a divided world. Our failure to live in reconciled unity is a major obstacle to authenticity and effectiveness in mission.”

We all know we’re living in a very divided world. COVID, social change and global unrest continue to create divides at every level: international, national, local and even within our church communities. It would be nice to look at Christians and find a message of hope built on unity, but sadly, that often isn’t the case. We believe that can change. 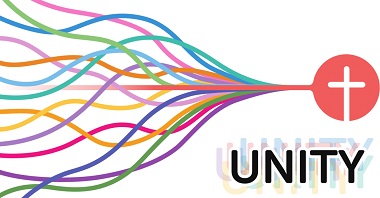 Speaking of the Pastors and Leaders Summit, he added:

This January, Mission Central will be gathering a diverse group of church and ministry leaders from the church in the Vancouver region to listen, learn and discuss how we might navigate the topic of unity as a critical ingredient for mission. . . .

If we desire to see the transformation in our cities, region and nation that we dream of, then we need to learn to collaborate, build trust and not compete.

Register here for this free event.

Actually, it is one of three events on the weekend of January 27 – 29. It will take place Friday morning at Cariboo Hill Temple in Burnaby, while SERVE (formerly Missions Fest Vancouver) and CREATE will overlap at the Vancouver Convention Centre from Friday evening to Sunday afternoon. 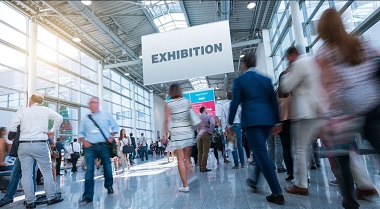 Mission Central SERVE will be held at the Vancouver Convention Centre for the last time January 27 – 29. There will be more than 100 exhibitions.

Kevin Palau and Rick McKinley (“founding pastor of Imago Dei Community in Portland, Oregon. Imago Dei Community has become an influential church known for engaging the culture by demonstrating Jesus’ heart for the city and proclaiming the good news of Jesus”) are two of the keynote speakers for SERVE, along with:

There will be over 100 mission agencies, 40-plus seminars taught by missional experts, prayer sessions and worship and teaching in the General Sessions. The closing celebration will go from 3:30 – 5 pm Sunday, January 29.

The Mission Central SERVE conference is for everyone who loves Jesus – whether you’ve thought “I’ll never be a missionary” or you’ve already committed your life to kingdom ministry.

Come and experience the creative ways that the love of God is being expressed around the world. Grow your faith as you hear stories of the transforming power of Jesus. Be part of the larger Christian community as we intercede for fresh moves of the Spirit all over the earth. 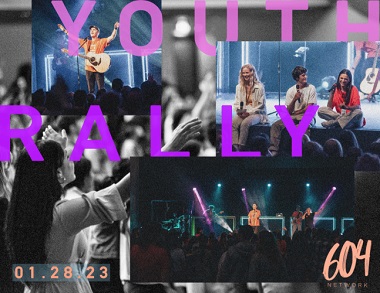 The SERVE 2023 conference will be in person at the Vancouver Convention Centre! Adult tickets are $12. (Ticket sales help cover the cost of planning and putting on the conference. Donations above the cost of the ticket are welcome and needed, to meet the budget.)

Here are links to specific elements of SERVE:

There will be several speakers at CREATE, including, from left: Jonathan Roumie, Christine Swanson, Michael Swanson and Mary McCampbell.

Mission Central CREATE is a conference for Christian creatives and those who love the arts:

CREATE aims to support and be a catalyst for a community of generative Christians, and desires to move beyond passive consumption. We are keen to inspire Christians (artists or not) to live lives of holy creativity.

Toward these aims, the conference includes development opportunities such as Q&As on selected films, workshops and networking experiences.

Among the speakers are:

CREATE is also open to and attended by local cinema lovers. Tickets will be available for individual films within the Moving Pictures Festival. The CREATE conference will be happening the same weekend as SERVE at the Vancouver Convention Centre.

Here are links to specific elements of CREATE: