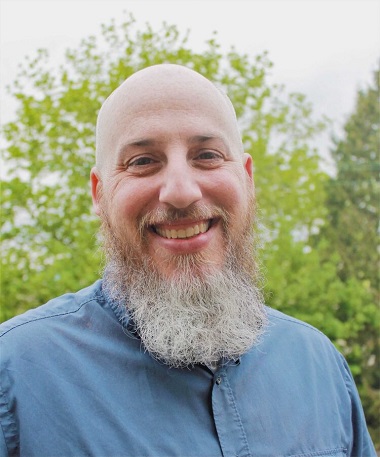 Aaron White is Communities Director for 24-7 Prayer Canada and Resident Theologian at Jacob’s Well in the Downtown Eastside.

In his book, The Meaning of the City, Jacques Ellul outlines how virtually every mention of ‘the City’ in Scripture carries a negative connotation.

The first cities are created out of distrust in God’s provision (Genesis 4:13-17), or through a desire to project power and greatness (Genesis 11); the hope that Israel puts in the city of Jerusalem is ultimately misplaced (Jeremiah 39); and the exiles end up in the city of Babylon, which becomes a byword for evil (alongside Nineveh, and later Rome).

The City in Scripture appears to represent humanity’s rebellion, our assertion of independence, our belief in walls (and people with swords and guns on those walls) to protect us.

Yet, even though the exiles from Jerusalem bewail their horrific situation by the waters of Babylon (Psalm 137), they are not permitted to leave the City.

Quite the opposite, they are instructed to “seek the peace and prosperity of the city to which I have carried you into exile. Pray to the LORD for it, because if it prospers, you too will prosper.” (Jeremiah 29:7) Their stay in that City lasts for 70 years.

Now, it is unwise to rip this (or any) verse out of context and apply it one-for-one to a modern situation. But there is a powerful – even potentially disturbing – idea highlighted here: the presence of the Jewish exiles in Babylon could and should be a blessing to the City of their enemies.

All peoples will be blessed

God’s promise to Abram in Genesis 12:1-3 declared that “all the peoples on earth will be blessed through you.” This very much includes cities like Nineveh, Babylon and even the cities of Egypt (Isaiah 19:18-25).

The promise in no way excuses or diminishes the evils that have been and are wrought through human arrogance, greed, idolatry and lust for power. But it does suggest that the people of God have an important role to play in the midst of the City.

This is reinforced in Jesus’ prayer in John 17:

Jesus prays that his followers will be protected from the evil one, but he does not ask that they be removed from the struggle.

Paul details in Romans 12 and 13 how Christians might live faithfully and practically within this struggle, going even so far as blessing and not cursing persecutors. This from a man who was subjected to riots, beatings, stonings, jailings and eventually execution when he entered cities.

All are told to be steadfast, faithful and to stand firm. It is Jesus who will be and is victorious, and the church may rely on his presence in the midst of the struggle. 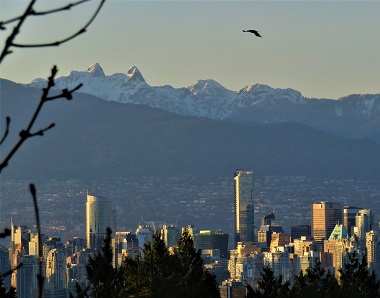 Vancouver was just voted the 16th most liveable city in the world.

I don’t know how closely we can identify Vancouver with ancient Nineveh, Babylon or Rome. There are fewer gladiator battles, less overt slavery and the mountains are nice. As long as you have enough income it is pretty easy to enjoy this City.

It was recently voted the 16th most liveable city in the world (according to some inscrutable metric), and it often receives an even higher ranking than that.

Of course, these rankings inevitably leave out the difficulty of thriving or even surviving in places like the Downtown Eastside, where I live, or the threat that ever-increasing property values pose to anyone trying to find affordable housing.

An activist friend of mine once lamented how great the City was in the nice weather, because he knew it would draw more investors and gentrifiers in to plunder the city. I resonate with his fears and frustrations around the way the wealthy have always carved up Vancouver for their own pleasure and profit.

This affects not only the bottom-line, but also more hard-to-quantify realities like community and friendship. A study in 2018 determined that Vancouver is the saddest city in Canada, generally due to the lack of a feeling of belonging.

The church has work to do here. 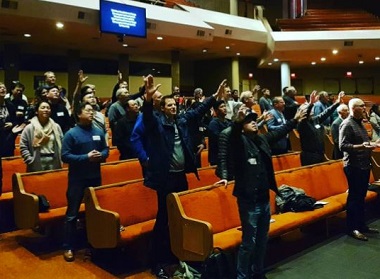 Of course, many will point to the societal depression and fracturing occasioned by Covid, lock-downs, mandates, trucker convoys, political shenanigans, etc, and will note that these same polarizing issues have created as much division inside the church as anywhere else.

The temptation is always to cut ourselves off from those we consider enemies, whether on social media, the communion rail, the nondenominational pew, the family dinner table or the City in its various political and social manifestations.

But what if there was a way, and even an instruction, to be different?

At 24-7 Prayer Canada we have been charting the amount of prayer happening in and through churches and communities this year, and we can report that we have seen more prayer – especially around the cause of unity – than we have ever seen before in Canada. Could this show us a good way forward?

When I say that we are called, first and foremost, to pray, I don’t say that lightly.

In 24-7 Prayer we don’t just pray for people to be saved; we want people to be saved so that they will pray. Prayer – fellowship and union with the Father, in Christ, by the Spirit – is our created purpose. We were made to pray.

And when we look at the biblical command to pray for the City, we see that it is no small thing. These instructions are not sentimental, vague or inoffensively inspirational. The people of God are called consistently to pray for the peace and prosperity of the conquering City; to pray blessings and not curses over enemies; to long to see God’s forgiveness and redemption wash over persecutors, turning rivals into kin. 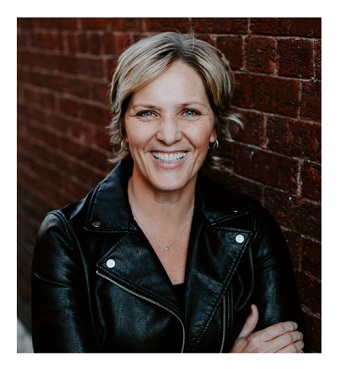 Danielle Strickland will lead a day of prayer with 24-7 Prayer Canada May 27.

And these are the types of prayers that are meant to flow into the practical application of mercy and justice towards one another, our neighbours and even our enemies.

If we find ourselves comfortable in the City, let us prayerfully consider how God may be calling us to see the danger of compromise, to remember the poor and to embrace the discomfort of serving a different King.

If we find ourselves in bitterness or resentment, let us prayerfully consider how God may be calling us to love our neighbours, to pray for all in authority, and to bless those who would call themselves our enemies.

And in all of this let us encourage each other, sisters and brothers, by joining our hearts and voices together in prayer for one another. On Friday, May 27, 24-7 Prayer Canada is hosting a day of prayer and prayer training. Danielle Strickland will help us unpack the importance of prayer, with a meeting in the morning for pastors, and one in the evening for anyone who is interested. 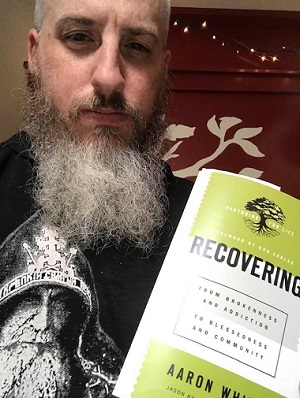 Finally, be encouraged! In Revelation 21-22 (read it today!) we are given a picture of the New Jerusalem, the Heavenly City, where God himself is gloriously present.

Yes, even the City – that symbol of humanity’s rebellion and independence – is redeemed in God’s great Kingdom plan. Let us always remember in our prayers that the things which appear so permanent are not the final reality.

As the Church of Vancouver let us learn to pray together, “Amen! Come, Lord Jesus!”

Aaron White is the Resident Theologian at Jacob’s Well, a Teacher at Westminster Theological Centre and the Communities Director for 24-7 Prayer Canada.

Aaron has been a pastor, missioner, justice worker and prayer instigator with his family and community in the Downtown Eastside of Vancouver for the past 18 years.

He is the author of Recovering: From Brokenness and Addiction to Blessedness and Community (Baker Academic, 2020).