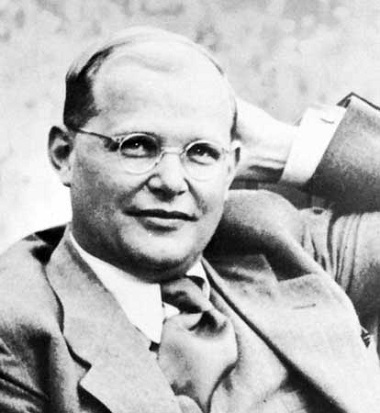 Dietrich Bonhoeffer’s “theology is a Christian humanism because it centres on God’s becoming a human being and entering into creation in order to restore it.”

Jens Zimmermann wrote this comment to recognize the anniversary of Dietrich Bonfoeffer’s death, and to reflect on his legacy. He is the author of Dietrich Bonhoeffer’s Christian Humanism (Oxford University Press, 2019).

On April 9, 1945, the German theologian Dietrich Bonhoeffer was executed by the order of Hitler for his involvement with the conspiracy to topple the Nazi regime. Many will commemorate Bonhoeffer’s death, especially Christians who will likely hold him up as an exemplary believer who died for his convictions.

Indeed, Bonhoeffer’s legacy seems obvious: Politicians of all stripes praise him as Nazi resister, champion of human justice and defender of human rights. He also enjoys great popularity as a devotional writer, whose wisdom is sanctified by his martyrdom at the hand of Hitler’s executioners.

And yet, for anyone who cares to dig a little deeper, Bonhoeffer’s actual relevance lies elsewhere. The reason he remains one of the most studied modern theologians is his Christian humanism.

By Christian humanism, I mean the overall character of his theology, a theology certainly tested by Nazi politics but, more importantly, a theology molded in the crucible of modernity, shaped by the intellectual climate that still influences us today.

Bonhoeffer wrote at a time when philosophers criticized the facile positivism of science and when many had become disenchanted with the traditional pieties of religion. He thought about God and reality at the beginning of what we now call postmodernity, and wondered how God still speaks to us in a largely secular age.

Bonhoeffer’s answer to this question was the incarnation. His theology is a Christian humanism because it centres on God’s becoming a human being and entering into creation in order to restore it. Among the many consequences of this theological outlook, two especially ensure Bonhoeffer’s relevance for our current intellectual climate.

First, because God became human in order to save creation, Bonhoeffer affirms the importance of the body, creation care and human rights. He claims that we exist only as bodies. “Living as a human being,” he wrote, “means to live as a body in the spirit.”

For Bonhoeffer, the body was part of God’s image in us, tying us in responsibility to the earth and to one another. “Through the body one is related to the earth and other bodies, does one exist for others, and depends on others. In our corporeality do we find our brother and the earth.”

Not only did he insist on our care for creation, but he was also the first Protestant of his time to promulgate natural human rights based on freedom as rooted in bodily life.

Second, Bonhoeffer developed what we now call an interpretive or hermeneutic view of revelation. Our knowledge about God, he believed, has to follow the pattern of the incarnation itself, in which God reveals his truth via a concrete person within a certain historical context of language and culture.

Consequently, God’s will has to be discerned within the human domain. As Bonhoeffer liked to put it, “revelational is found in the rational, and the sacred in the profane.” Truth, we’d say today, requires interpretation. 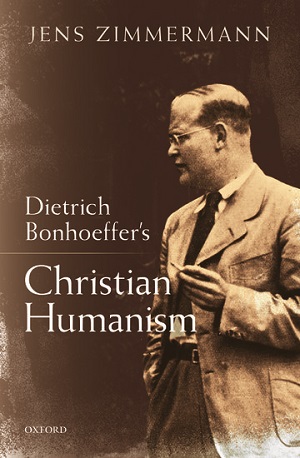 Clearly, Bonhoeffer’s view of human identity and of human knowledge makes him an important conversation partner for anyone interested in the topic of technology and human flourishing!

In fact, one could put together a long list of topics that would demonstrate Bonhoeffer’s relevance for our time, ranging from his ecumenical spirit, to his deep love for worldly life in all its aspects, for his important ethical definition of freedom as responsibility for others, for his personalist vision of human beings, his non-conflictual view of science and theology, or for his profound appreciation of embodied life.

In light of the present COVID-19 crisis, we should also add Bonhoeffer’s confidence in God’s providence, exemplified in the verses entitled Von guten Mächten wunderbar geborgen (By faithful, quiet powers of good surrounded) he sent from prison to his fiancé Maria von Wedemeyer, a poem that has become a well-known church hymn in Germany.

The two verses included here give us a good sense of Bonhoeffer’s trust in God. The absence of any entitlement to life free from suffering, while also relishing every earthly joy, reveals a markedly different attitude from much that we hear from secular and religious sources these days in the context of the coronavirus.

And should you offer us the cup of suffering,

from your good heart and your beloved hand.

But should you wish now once again to give us

the joys of this world and its glorious sun,

then we’ll recall anew what past times brought us

and then our life belongs to you alone.

All of Bonhoeffer’s memorable insights, however, may be summarized by calling him a Christian humanist. The Christian life, Bonhoeffer concluded, is all about becoming truly human, through living faithfully by discerning God’s will in the concrete challenges of our lives, caring for creation and one another. That’s what it means to become like Christ, the archetypal image of God and exemplar of true humanity. 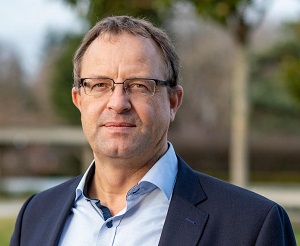 This comment is re-posted by permission from the Human Flourishing blog.

Zimmermann’s book is not only a constructive account of how to reclaim a Christian humanism but it will become one of the most important books for those wanting to understand Bonhoeffer.”