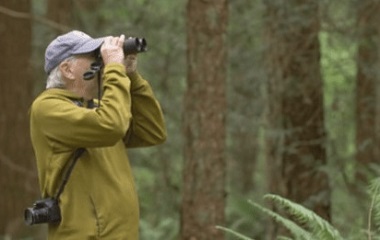 An image from the Blaauw Eco Forest Documentary video. Click on this picture to link to the 20-minute video.

A recent article by Gordon McIntyre in The Province and Vancouver Sun featured a significant example of environmental protection involving our local Christian university. Following is an excerpt:

Langley philanthropist Ann Blaauw’s donation of more than $5 million meant that the forest her late husband Thomas always admired will remain in its natural state in perpetuity.

Tall western hemlocks share the real estate with an enormous black cottonwood, thriving western red cedars and shore pines, most of them at least 100 years old, in one of the few remaining patches of such an established forest in the Lower Mainland.

In their place could easily have been faux Corinthian columns rising from the ground in yet another Fraser Valley housing development. But, thanks to Langley philanthropist Ann Blaauw and some serendipity, that didn’t happen.

Blaauw donated more than $5 million to Trinity Western University [TWU] for it to purchase the biodiverse land, now called the Blaauw Eco Forest, in the Township of Langley. It will remain in its natural state in perpetuity, administered by Trinity Western. 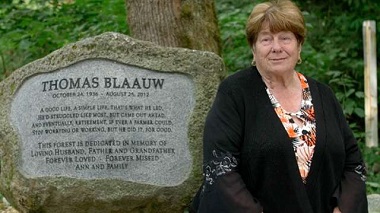 “A lot of these places get lost through political and industrial and commercial ventures,” said Phil Henderson, an environmental consultant. “Without Ann’s contribution, it would have been lost to development.”

Blaauw donated $3 million in 2012, then chipped in the rest of the $5 million last summer for an additional six hectares to bring the total to 20 hectares [50 acres]. She also donated $125,000 for the building of new trails and a boardwalk.

A documentary on the forest recently premiered at TWU, tying the ribbon, as it were, on the project.

Trinity Western posted an article last month highlighting the documentary and providing some background on the Blaauw Eco Forest:

. . . This year TWU released The Blaauw Eco Forest Documentary to capture the story behind the forest and – even more importantly – to honour Ann’s decision and the difference her gift has made. 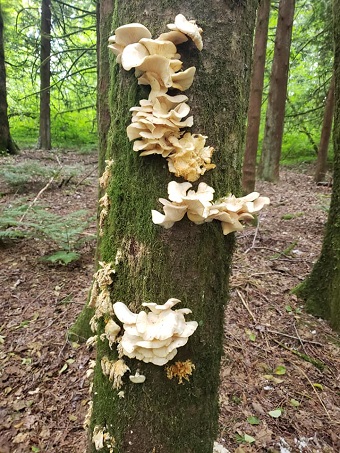 Created by Ned Vankevich, associate professor of media and communications at TWU, the documentary tells the story of Thomas and Ann Blaauw, a Langley couple who began their married life farming in the 1960s. Their Glen Valley cranberry farm was located near a forested parcel of land along the Fraser River. Over the years Thomas developed a special affinity for the forest’s serene, natural beauty.

Years later, Ann honoured her late husband in a more meaningful way than anyone could have imagined. Jack Froese, Mayor of Langley, explains that several years ago the township deemed this land to be in excess to their needs and decided to put it up for sale:

We heard from the community pretty fast that this forest was very important to the people who lived around here and to the greater Township of Langley community. We were able to partner with Trinity Western University and Mrs. Ann Blaauw to find a solution where it was purchased with money donated by the Blaauw family to enable Trinity Western University and the township to preserve this forest in perpetuity.”

Ann’s gift was a remarkable way for the family to continue Thomas’s legacy of community service, to commemorate what this forest had meant to him, and to keep the forest green for generations to come.

“It’s a fantastic story,” says Mayor Froese. “We found somebody who could come along and help us . . . to preserve it as a park and for public use; and also for the education of students at Trinity Western University.” 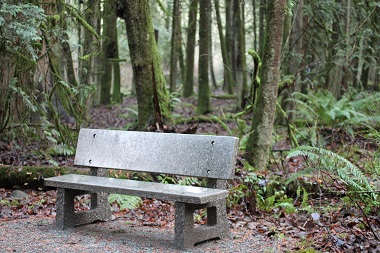 Home to over 200 species of mammals, birds, reptiles, amphibians, and plants, the Blaauw Eco-Forest continues to sustain important wildlife today. But it also changes lives: the research being conducted by TWU students and faculty is proving pivotal to their careers.

“Trinity Western is truly blessed by this forest here so close to our campus, allowing our students to come here and learn more about environmental studies, but also for the recreational aspects that it brings to the Langley community,” says Paul Weme, vice president for development at TWU.

Weme and Aklilu Mulat, senior vice president of business administration and chief financial officer, sought for a tangible way to express Trinity Western’s gratitude to Ann Blaauw, and initiated the process to produce this film.

The Blaauw Eco Forest Documentary premiered in the fall of 2019 on the Trinity Western campus at an event celebrating Ann’s incredible gift to the university and regional community. TWU is excited to be working alongside Ann in giving back to the Langley community.