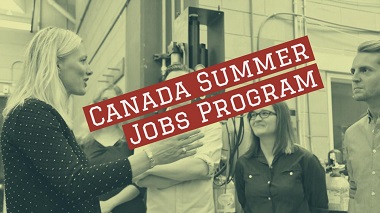 Many local churches and ministries were caught up in the controversy surrounding the Liberal government’s Canada Summer Job program a couple of years ago.

ARPA Canada recently posted an update on a significant development. The comment is re-posted here by permission.

As we enter the school year, we wanted to point out an exciting court decision released at the beginning of the summer holidays that received too little attention.

ARPA Canada has closely followed developments around the Canada Summer Jobs Grant since 2018, as explained here and here.

The Canada Summer Jobs program was developed during the Harper era (funding was doubled under Trudeau) to provide wage subsidies to employers so they could hire students they otherwise could not afford to hire. This program provides meaningful summer work and helps youth develop and improve practical skills.

Starting in 2018, for an organization to obtain funding, the government required that they must check a box to attest to their support for so-called Canadian ‘values’ including ‘reproductive rights’ or abortion.

The Liberal government had discovered that pro-life organizations were making use of the grant program and, for overt partisan reasons, wanted to put a stop to that. The government’s addition of this attestation box on the application created much controversy.

Many Christian organizations refused to check the box outright, refused with an explanation or added qualifying statements to their answer. As a result, many were denied funding.

As a result of public criticism from all sides of the spectrum, the government removed the requirement to fill out that attestation by 2019 and instead cited a requirement for organizations to be safe, inclusive and free from harassment and discrimination toward employees. Even so, various Christian organizations were still denied funding in 2019.

Redeemer University, a Christian university in Hamilton, Ontario, had previously received Canada Summer Jobs funding from 2006 – 2017. They applied for funding for 11 students in summer 2019.

Bureaucrats administering the program determined that Redeemer’s application was ‘high risk’ because of their belief in traditional marriage and required Redeemer to provide further information to prove that it does not discriminate against or harass employees. Redeemer responded, sharing their anti-harassment and safe workplace policies. Even so, the government denied funding to Redeemer.

Another organization, BCM International Canada, which operates Mill Stream Bible Camp, also challenged the government’s decision to deny funding to them. The Bible camp applied for funding for six summer camp counsellor positions. Again, the government denied funding, stating that the organization discriminates against its employees.

In a decision from the Federal Court this summer, Justice Richard Mosley determined that the government had not treated Redeemer University with “procedural fairness.” He found that the federal government denied funding solely because of Redeemer’s Christian position on marriage.

The government denied funding without informing Redeemer what the issue was with their application, and without providing further opportunity for participation in the process. Ultimately, the court determined that the application was denied because of Redeemer’s views on marriage and sexuality rather than issues relevant to the application for funding.

In the decision regarding BCM International Canada, the Federal Court also ruled that the government did not provide an opportunity for the camp to provide relevant evidence that they did not discriminate against employees. He found that the government denied funding because of government assumptions about Christian beliefs rather than issues with the application itself.

Justice Mosley determined that the Court could rule in favour of the applicants without considering Charter issues such as freedom of religion, conscience, expression or association.

However, Justice Mosley stated in his decision that the government must be careful to consider Charter rights in similar situations. Mosley stated,

[Faith-based] institutions must be treated not just with procedural fairness but also with respect for their Charter-protected rights. Should it be established in another case that officials discriminated in administering funding programs against faith-based institutions because of the sincerely held religious beliefs of their Community, a finding of a Charter violation may well result.

The Court also ordered the government to pay the full legal costs of the applicants in both cases, something which is uncommon in these types of cases and which highlights the failure of the government to administer the program fairly without denying funding based on religious beliefs.

Christian organizations do important work in our society, and the government should not determine who does and does not receive funding based on what the organization believes.

We are thankful that the Federal Court of Canada recognized that the government must consider Canada Summer Jobs applications in a manner that is fair and reasonable, even if the applicant holds to beliefs that are different than what the government wants them to believe.

In addition, these court decisions caution the government to give serious consideration to the fundamental freedoms of institutions and communities in the way they provide funding to faith-based organizations.

Government funding should not be conditional depending on the beliefs and principles of an organization. This is an important victory for Christian organizations within Canada, and we can thank God for the way the courts held the government to account for its actions.

Our friends at the Christian Legal Fellowship intervened in these cases. To dive deeper, you can read their excellent factum here and here. You can also read the judge’s decisions here and here.

The Association for Reformed Political Action (ARPA) Canada is a grassroots Christian political advocacy organization. Its mission is to educate, equip and encourage Reformed Christians to political action, and to bring a biblical perspective to our civil authorities.