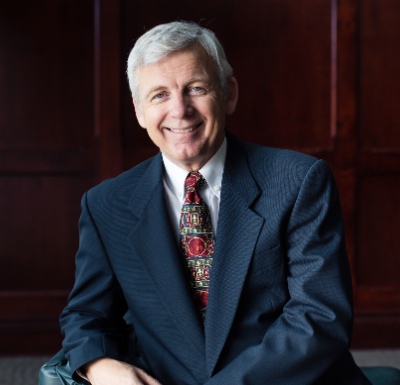 Trinity Western University (TWU) president Bob Kuhn says the ongoing opposition by many in the legal community to its planned law school makes him question how much freedom evangelical Christians really have to express their faith in public.

Much of the outcry has focused on a clause in the university’s community covenant that forbids people from engaging in “sexual intimacy that violates the sacredness of marriage between a man and a woman.” Critics charge this discriminates against present and future students in same-sex relationships – a claim that TWU has strongly rejected.

That opposition is widespread and appears to be growing.

On April 24, the Law Society of Upper Canada executive voted 28-21 to deny Trinity Western law grads the right to practice in Ontario. A day later, the Nova Scotia Barristers’ Society voted 10-9 to accredit the school, but only on condition that it drops this policy.

The Law Society of New Brunswick will hold a similar debate and vote on June 24.

After the British Columbia Law Society had voted 20-6 on April 11 to endorse the law school, Victoria lawyer Michael Mulligan countered with a campaign urging his colleagues to petition the society to hold a special meeting and conduct a second vote. More than 1,300 letters were received, more than twice the minimum needed.

Law firms in Vancouver and Toronto have also petitioned the B.C. Supreme Court to overturn the provincial government’s decision in December to approve the law school on grounds that its policies discriminate against “sexual minority students.”

Yet for all the focus on denouncing the covenant, Kuhn believes their opponents’ real goal is to silence all Christian dissent on matters that they regard as settled public policy such as same-sex rights.

“This is about a country that is questioning its need to be pluralistic, to adopt anything other than a homogenous view,” says Kuhn. “To me it’s a matter of grave concern that people are being encouraged to think in narrow-minded, single-dimensional ways.”

Kuhn, who is himself a lawyer, is also troubled that these lawyers who have sworn to uphold the rule of law – including Charter protections on religious freedom – refuse to examine the issue impartially. “Frankly, it’s immaterial what their personal views are. It’s not a matter of personal preference,” he says.

Ruth Ross, formerly executive director of Christian Legal Fellowship, suspects these people would still allege that the law school will be a breeding ground of discrimination, even if the ‘sexual intimacy’ provision in the covenant did not exist.

“Having read some of the submissions of those who oppose accreditation,” she says, “there’s almost a presumption based upon a potential future realization of an event that has yet to present itself. I mean, we do have evidentiary requirements in courts of law.”

“The idea that Trinity’s law school graduates aren’t really qualified is not going to get them very far, because there’s no end to that argument,” says Justin Cooper, executive director of Christian Higher Education Canada. “Are they going to give a ‘religious test’ to every Muslim and Hindu graduate of a law school who may hold some similar values?

“But if you can find a way to discredit the institution itself, then you’ve cast a big shadow over either its reputation or its actual right to exist.”

Ross worries this mindset could ultimately cast a big shadow over all people of faith.

“Connect the dots,” she says. “What’s to say that just having membership in a church who holds the biblical position on marriage would deny you access to the public square, would deny you accreditation in a professional body? Where does this end?”

This article was first published in ChristianWeek.

← Leader of world’s evangelicals will step down, return to Vancouver ‘rootedness’
May 5 – 11: Recycyled Orchestra, March for Life, remembering Bud Osborn . . . →