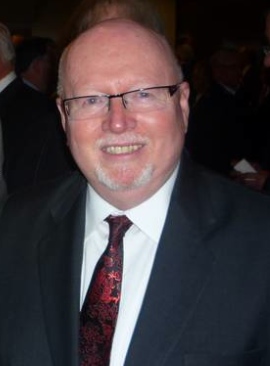 Geoff Tunnicliffe will step down as leader of the World Evangelical Alliance at the end of this year.

In the course of 10 years as secretary general of the World Evangelical Alliance, Geoff Tunnicliffe has travelled to more than 100 countries and has flown well over three-million kilometres. Now he is looking forward to what he calls some “rootedness” back home in Vancouver.

In March, Tunnicliffe announced he would not seek another five-year term. He will step down officially at the end of 2014. But he insists he is not retiring.

“I turned 60 this year,” he says. “So I’m saying, ‘Lord, if you give me this next decade, how do you want me to invest it based on all the experiences and relationships, what you’ve provided in the last 60 years? How do I maximize those for the kingdom?’

“I’m just going to take some time now to figure it all out.”

While admitting it saddens him to leave a role he loves “deeply,” Tunnicliffe is also confident that he is leaving the WEA a stronger and much more influential voice for the world’s more than 600 million evangelical Christians than when he took over in 2005.

“Much more could be done,” he says, “but the voice of evangelicals in the public square, whether that’s in a global context, the United Nations or with governments or other faith communities, certainly we’ve seen a huge expansion in that area.”

“Geoff was received as a leader representing evangelical communities around the world by the Vatican and the World Council of Churches,” says Bruce Clemenger, president of the Evangelical Fellowship of Canada.

“He did amazing work in pushing for more formal recognition of evangelicals in a variety of countries, explaining how they seek to contribute well to every and all societies.”

At the time of his appointment, Tunnicliffe had just come on board as the EFC’s director of global missions – and the WEA, says Clemenger, was “basically on life-support.”

Ndaba Mazabane, chair of the WEA’s International Council, says Tunnicliffe helped the various parts of a complex global organization to work together better.

“We were facing some serious challenges in terms of attrition. Our financial base also was precarious,” says Mazabane, a pastor in Johannesburg, South Africa. “He began really to consolidate the work, to integrate the teams. By the time he leaves, he will have really built a strong, solid foundation. I’ve no doubt about it.”

But now Tunnicliffe feels the WEA has evolved to the point where it needs to be led by someone with a different skill-set.

“My basic inclination is entrepreneurial, and we’ve launched many new initiatives which are doing great things,” he says. “But then an organization in its life-cycle needs consolidation, and I’m not an organizational, structural sort of guy.”

Mazabane says the council is planning a global leadership summit for early 2015 to chart the future of the WEA under a new secretary general.

“I don’t think necessarily our vision will dramatically change,” he says, “but we’ll be looking at some of the things that Geoff himself would admit perhaps were areas of weakness, and then seek what is the best way going forward.”

The article was first published in ChristianWeek.