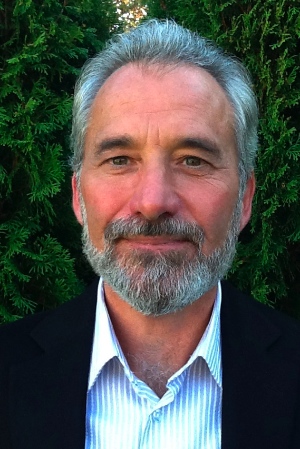 Last Thursday (February 6), Lloyd Mackey attended the annual Mel Smith Lecture at Trinity Western University. This year’s lecture was delivered by D. Martyn Brown, who was a long-time chief of staff and public policy advisor to former British Columbia premier Gordon Campbell. In that role, Brown helped to shape many of the Aboriginal policies that were being implemented during the Campbell years.

Much of Brown’s lecture centred around the Eyford Report, released late last year. Entitled ‘Forging Partnerships, Building Relationships: Aboriginal Canadians and Energy Development,’ the report was written by Vancouver lawyer Doug Eyford and emphasized some partnership-building policies and strategies for the federal government and First Nations leadership to consider going forward, particularly with respect to energy issues. Eyford had been appointed as a special envoy by Prime Minister Stephen Harper in early 2013. The text of Brown’s lecture will appear soon on Trinity Western’s Mel Smith Lectures page.

His lecture was given just hours before the joint announcement by Harper and Assembly of First Nations  grand chief Shawn Atleo regarding a major funding initiative and shift to First Nations control of Aboriginal education. For that reason, Mackey elicited comment from Brown on the significance of the announcement, in the context of Aboriginal relations with both provincial and federal governments.

Given that many of our readers look at public policy through a faith-based filter, Brown notes that he is “not a member of, a proponent of, or affiliated with any specific church, organized religion, or religious institution.” As such, he adds, his remarks are “not intended as an endorsement or a comment upon any faith or religion”.

The recent (February 7) announcement regarding the First Nations Control of First Nations Education Act (FNEA) was fantastic. It certainly deserves much more media coverage and public attention, as it is a hugely important and historic initiative that is a tremendous credit to the Harper government and to the pragmatic, solutions-oriented leadership of Assembly of First Nations (AFN) National Chief Shawn Atleo.

It will build on the vision that Atleo also helped to drive in British Columbia as the then-regional AFN chief on the First Nations Leadership Council. As such, he was a signatory to the 2005 Transformative Change Accord (TFA).

That agreement, aimed at closing the socioeconomic gaps, has profoundly improved Aboriginal education content, control, reporting and outcomes in BC. Since then, there have been substantial increases in Aboriginal graduation rates and significant improvements in FSA reading/writing/numeracy results and in Required Examinations results in virtually every indicator category. Six-year completion results are up from 46 to 60 percent over the last decade, for example. And according to provincial education ministry sources, the absolute numbers of Aboriginal students who graduated with a Dogwood last year is up 72 per cent over 2002/03.

We now know that it serves student achievement to ensure that Aboriginal education is more sensitive, responsive and tailored to Aboriginal young people’s unique cultures, needs and learning challenges. Giving Aboriginal communities more direct control over their education delivery systems is a key part of that, as it is for improved health and other social services delivery systems.

As I mentioned in my Mel Smith Lecture, much progress has been made in those areas since 2005, especially in BC – ongoing  challenges and inadequacies notwithstanding – as the provincial Child and Youth Rep has so aptly related in respect of child protection issues.

Further to the TFA, for example, 53 BC schools districts now have Aboriginal Education Enhancement Agreements (with four draft EAs and three more in planning). That means almost all of BC’s 60 school districts have successfully engaged their Aboriginal communities/stakeholders/partners in reshaping their K-12 education systems to better serve kids’ needs through partnership agreements that are jointly developed and supported by school districts as well as Aboriginal organizations and educators.

That same type of improvement in quality education delivery and outcomes should flow from this new FNEA in giving on-reserve First Nations the direct control over education that they have long sought.

It will provide laudable legislative requirements for better transparency and accountability; for a core curriculum that meets or exceeds provincial standards; for new language and culture content; for minimum attendance requirements; for teacher certification; and for recognized diplomas or certificates that should improve students’ off-reserve education recognition and transferability.

It will contribute to the broader imperative of ‘healing,’ which the Royal Commission on Aboriginal Peoples said so much about and that is now being advanced by Truth and Reconciliation Commission. (That latter is another initiative that the Harper government deserves great credit for initiating and accommodating through its recent time and funding extensions to complete the Commission’s work.)

The new FNEA will get rid of the Indian Act provisions related to residential schools, which is a very important symbolic healing measure. And the new Act will be led by a Joint Council of Education Professionals that will provide advice and support on the implementation and oversight of the new Act, supported by a massive new funding commitment.

It should be noted that the $1.9 billion in additional funding for this overall initiative is more than the extra $1.8 billion education component that had been earmarked for Aboriginal education improvements in the 2005 so-called Kelowna Accord, which I mentioned in my lecture remarks. [Editor’s note: The Kelowna Accord was led by Liberal then-Prime Minister Paul Martin.]

It is too bad that the Harper government rejected that commitment in 2006 (as then-Premier Campbell so eloquently noted in the provincial legislature at the time) and that it took eight more years to get to this point; but better late than never.

The extra $1.2 billion in core funding for this initiative is over three years – whereas, as I recall, the Kelowna Accord funding was proposed to extend for five years. The 4.5 per cent annual funding escalator is almost triple the current inflation rate and should accommodate any increases in cost pressures from rising on-reserve student enrollment levels. As well, there is a $500 million, seven-year commitment for infrastructure enhancements, which is really good, and $160 million over four years for implementation, beginning next year.

In short, it’s a tonne of new money for on-reserve Aboriginal education that should dispel any notion that the Harper government is short-changing First Nations education.

All of those improvements should go a long way, also, to serving Aboriginal students in advancing their education beyond high school.This initiative will substantially improve Aboriginal students’ foundational education, skills and credentials, which will in turn support their post-secondary opportunities and outcomes via college/university and new employment training programs, including through those now being developed and supported by industries, governments and First Nations that are part of the broader resource development vision that Eyford addressed in his report.

No doubt, National Chief Atleo will get lots of blow back from some First Nations and Aboriginal politicos who might think that he’s too conciliatory, cooperative or ‘timid.’ And that’s a shame, for it is mostly through the good leadership and more constructive approaches of people like Shawn Atleo, Phil Fontaine and Ovide Mercredi that First Nations, Metis and Inuit have been so successful in advancing Aboriginal partnerships with governments across the country.

In the case of Prime Minister Harper, there’s no doubt that his meetings with Aboriginal leaders in the last two years have paid off in spades, at least on this component of government-to-government relationships. The ‘new relationship’ in education bodes well for fed-FN relations generally. But like I said during the lecture, the imminent decisions ahead for resource development will be critical in either helping to advance the broader goal of reconciliation, or in setting it back decades, if not irrevocably.

It is such a tough and challenging file. Yet these educational reforms suggest that the way to the future lies in thinking outside the box, in putting new ideas, concrete funding and shared decision-making on the table, and in developing new governance structures and permanent opportunities for meaningful and ongoing dialogue that anticipates a will by all parties to listen, learn and compromise.

← Feb 3 – 9: Watoto, Between Church and Culture, Family Ministry Conversation …
Meeting our neighbours: It started with a front porch →