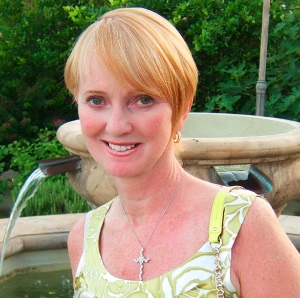 As the Conservative government reviews their options to replace the law struck down by the Supreme Court of Canada governing prostitution-related activities, two polarized views of what Canada’s sex trade industry should look like have emerged.

One camp believes that now is the time to legalize prostitution and treat it as an occupation like any other, with labour and human rights protections, employment that generates revenue through taxation.

Proponents of legalization say that prostitution is a victimless crime engaged in by consenting adults. For them, viewing prostitution through a moral lens is myopic. They say it is legitimate work, albeit in a potentially violent workplace, and that whatever ills accompany the sex trade are exacerbated by criminalization.

Others see prostitution as rampant gender inequality; the exploitation of girls and women that perpetuates the notion that sex trade workers are little more than merchandise; throw away victims of the male demand for sex. They posit that the recruitment of vulnerable young girls, trafficked as sex slaves, demands a solution that precludes blind acceptance and legitimization of the world’s oldest profession.

For them, the Nordic model provides an answer to the problem facing legislators who have one year to fix the law, or be left with no law at all. Originating in Sweden in 1999, and later adopted by Norway and Iceland, this model criminalizes buyers of sex, but decriminalizes the act of selling sex. An important part of Sweden’s law was the creation of ‘exit’ programs for women who wished to leave the sex industry, together with comprehensive social services.

Other countries, such as South Korea, have endorsed a modified version of the model, while citizens of Ireland, France, Denmark and Latvia strongly support it.

But will criminalizing ‘johns’ really curtail the demand for sexual services and lead to the diminution of prostitution in Canada? Sweden’s Ministry of Justice reports that street prostitution has been cut in half and the country is no longer a desirable destination for human trafficking.

Surveys conducted in the United States and Scotland suggest that criminal punishment will deter buyers. In a survey of 113 men in Chicago, 83 percent agreed that jail time would deter them from buying sex and 75 percent said that stronger criminal penalties in general would curb their enthusiasm for prostitutes. Another survey in Scotland had similar responses.

As for me, I cannot imagine a Canada that would allow young girls (and boys) and women to be used and abused freely, with the government collecting their share of the profit through taxation. I also cannot picture any right-thinking parent promoting prostitution as viable employment for their daughters and sons.

What is certain is that the new law must be able to withstand a Charter of Rights challenge and make no mistake about it, there will undoubtedly be one.

Georgialee Lang has practiced as a trial and appellate lawyer in Vancouver for 25 years, and was for several years an adjunct professor at UBC Law School. She appeared as counsel for intervenor Evangelical Fellowship of Canada in the AG v. Bedford Supreme Court of Canada (prostitution) case last year. Her blog was awarded Best Canadian Legal Blog for 2010 by the Canadian Blog Awards. (This comment is re-posted by permission from her blog.) Georgialee has attended Broadway Church for more than 30 years.