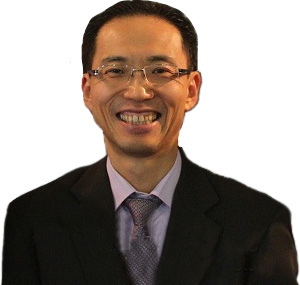 Japanese and Korean churches in the Vancouver area are finding periodic ways to come together for both worship and outreach. And one of those churches has an event set for this Saturday (May 3), called Glimpse of Japan. (More information further down.)

Traditionally part of larger cultural and ethnic groups that have experienced historic conflicts in East Asia, the churches are finding ways to overcome those tensions as “brothers and sisters in Christ,” says pastor Ted Fukusaku of Vancouver Japanese Gospel Church.

The rapport between the Korean and Japanese congregations goes back some 10 years, when the Korean pastor at the time “had a passion for reaching Japanese people,” Fukusaku notes. “He and I got to know each other. Then in 2006, we did a gospel concert together . . . and have been doing it ever since.”

The next gospel concert will be on the third Friday of September, at Michael J. Fox Theatre in south Burnaby.

At the time the two churches started working together on the concert idea, the Japanese Church had no young people. But many Japanese-background youth have been reached since then, and have made Christian commitments. Today the church has a wide range of ages, right from seniors to youth and children. In addition, many of those young people have participated in short-term mission trips to Japan.

The Good Friday services were an outgrowth of the gospel concerts. Fukusaku says the concerts are for outreach, while the services are for celebration and the bringing together believers coming from the two cultures. “We are able to mark the death and resurrection of the Lord,” the pastor points out.

Close to 200 people attended this year’s Good Friday service, coming from close to half of the 12 Vancouver-area Japanese churches (and a fair smattering of Korean congregations as well). After the service, the worshippers came together for a meal. The main fare was Korean, the dessert, Japanese.

As for Glimpse of Japan, that event will be hosted and sponsored by Vancouver Japanese Gospel Church, which is located at 425 – 11th Street in New Westminster. Taking place between 2 and 5 pm this Saturday, Glimpse of Japan is a combined outreach and information session for both Japanese-background people and others in the community who might be interested in visiting Japan or working with Japanese people.

Notes pastor Fukusaku: “There will be presentations on Japanese culture and traditions. We know that many non-Japanese Christians in the Vancouver area have no idea that there are a large number of Japanese people in their community.”

Some who might be interested in getting a closer look at the nation, its people and its culture are those families who, for example, host Japanese students who come to Canada to study, the pastor suggested. The church’s own research showed that some of these families request bilingual Japanese-English Gideon Bibles, to help these visiting students to get a look at the basis for the Christian gospel, church life and culture.

He said others who could find Glimpse interesting, or even life-changing, are those who might want to go to Japan on a ministry or volunteer assignment – teaching English, for example.

Vancouver Japanese Gospel Church had its origins among Japanese young people whose families – many of them Canadian-born – were forcibly interned away from the coast during World War II. Margaret Ridgway reached out to many internees.

From the church website: “Miss Ridgway, along with her co-workers, started Canadian Japanese Mission (CJM) to minister to this group of Japanese people. This was the beginning of Vancouver Japanese Gospel Church. In similar fashion, the ministry of CJM travelled east across Canada, resulting in the establishment of Japanese gospel churches in Calgary, Edmonton, Winnipeg and Toronto.”

The Vancouver church steadily grew through the years, becoming increasingly cross-generational. And some of that growth came from Japanese post-war immigration to Canada.

In 2001, the congregation purchased a Lutheran Church in New Westminster. It had been serving largely Scandinavian immigrants, but as they became more integrated with younger Lutheran Christians in the area. Fukusaku notes it was not insignificant that the church building continued to serve Christians in a distinct cultural group, this time from an Asian background, rather than one with European roots.

For its part, the Yulbahng Church is part of the Presbyterian Church in Canada, a mainstream Protestant group which had its roots in Scotland. It is unique among Protestants in its structure, however, in that, in addition to its geographically-arranged presbyteries across Canada, it has two Korean presbyteries, Han-Ca East and Han-Ca West. These ‘courts’  accommodate the many Korean immigrants of Presbyterian background who have come to Canada in recent decades.

Korea has a huge Presbyterian population, many of whose forbears were reached for Christ through early Canadian Presbyterian missionaries. So they have returned the favour, in effect. Around the world, some of Presbyterianism’s largest and most ‘outreaching’ churches are Korean

And what is happening in New Westminster and Burnaby, in the Japanese- and Korean-rooted Christian communities, provides just an inkling of what makes the Christian faith on Canada’s west coast a diverse and interesting affair.