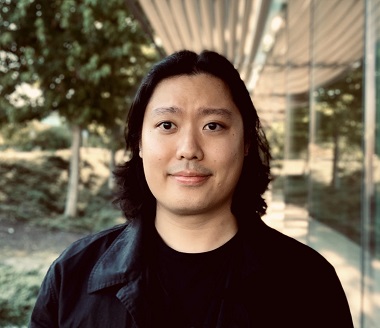 Jonathan Poh says he “would like to encourage other writers from backgrounds like mine to speak into the silence of their experiences.”

Jonathan Poh wanted to enter the CBC Nonfiction Prize, but he was afraid his essay might be too personal.

But he did enter, along with 1,700 other contestants – and won first prize. He sees God’s hand in his perseverance.

Poh will receive a $6,000 prize and a residency at Banff Centre for Arts and Creativity.

The jury, made up of writers Yasuko Thanh, Robyn Doolittle and Bill Gaston, said of Value Village:

What does putting on the costume of a new country mean? Wanting to fit in is a common need for adolescents. It’s a way to be accepted. It’s a way to be cool. But for many kids, it’s a form of camouflage in a hostile environment.

Poh, who attends New Life Community Church in Burnaby with his wife Jillian, sent me an email with this comment:

I wrote Value Village at the end of my sabbatical year, following many prophetic words from friends and strangers that I would impact culture through writing. Leaving my job in corporate communications and submitting to the CBC contest were steps of faith I took in this direction, and I have been blessed and validated beyond all expectation.

In many ways, Value Village is a result of my ongoing journey with God towards forgiveness, healing and wholeness. I began writing the story to better understand myself, to identify childhood traumas that were still impacting me as an adult, and to reveal the areas of my life where I still needed healing. When I finished it, the resulting story was so personal I wasn’t sure it would resonate with anyone else, but I realize now that I was wrong.

Since publication, I have been floored by the number of readers who have commented about how the story resonated with them, or have reached out to tell me about similar childhood experiences with bullying, racism, or class discrimination. This entire experience has reminded me of just how deeply we are all connected as human beings, and how stories have the power to reveal the sometimes forgotten threads that draw us together.

I think winning the CBC Nonfiction Prize, more than anything, has inspired me to keep writing to reveal these human connections and to remind myself, and  readers, that we are never alone. By doing so, I hope I can inspire others to be kinder to themselves, kinder to each other, and kinder to our planet.

In an interview with the CBC’s Lucy Mann he said:

I would like to encourage other writers from backgrounds like mine to speak into the silence of their experiences, especially when it comes to racism and other forms of trauma.

In Asian communities especially, there is a lot of silence surrounding pain and difficult subjects, and I’d like to challenge and encourage other writers to use their voices and speak up. Especially in light of the pandemic and the rise in anti-Asian racism and hate, I think this is a good time to tell your story and to not remain silent.