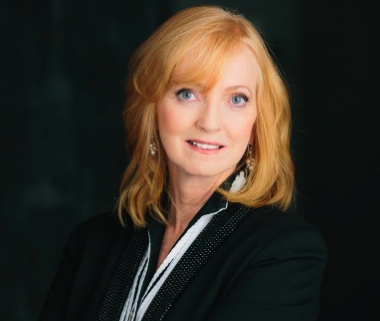 They say it “takes a village to raise a child,” but the law is clear in Canada that a child’s parents or guardians are the sole arbiters of who in the “village” may participate and what a villager can say or do with their child.

Earlier this month, a Vancouver judge refused to permit the grandparents of a four year old child to take their grandchild to church or discuss religion with their grandchild. (AR and BR v. MW and LR 2015 BCPC 0285)

Early on it came to mother’s attention that her child’s paternal grandparents were taking the child to church with them and showing her videos about their faith. Initially, mom was reticent to voice her concerns, but later she told them she would prefer they not take the child to church.

Instead of complying with the request, they continued to proselytize and take the child to church. This caused the child’s mother to disallow the grandparents to have contact with the child on church days and later, mother reduced the grandparent’s contact to one supervised visit per month.

At this point the grandparents hired a lawyer and brought a court application to be permitted to take their grandchild to church and discuss their faith with the child. Their first mistake was alienating the child’s mother by ignoring her requests. The second was filing a court action to obtain what mother would not agree with.

While we hear the public and media talk about “grandparent’s rights,” the truth is they really have no rights at all. Although the Family Law Act in British Columbia and the federal Divorce Act allow for “persons” to apply for access or “contact” as it is called in BC, without willing parents the applications usually fail.

Why do they fail? Because of the way judges have interpreted the laws allowing grandparents to apply to have a relationship with their grandchild. Some of the longstanding legal principles that are used to oust grandparents from a grandchild’s life include:

2. Parents and guardians are the only parties who have the “responsibility” (notice I didn’t use the term “rights”) to make decisions for their children;

3. There is a presumption in law that in the absence of clear evidence suggesting otherwise, parents and guardians are presumed to know what is in their child’s best interests and are entitled to implement or terminate certain activities.

4. The very fact there is a dispute between a parent and a grandparent is often sufficient in and of itself to limit or bar access to a grandparent on the theory that such a conflicted relationship will destabilize the child and is not in his or her best interests.

5. Religious freedoms enshrined in Canada’s Charter of Rights and Freedoms provides no assistance to shut-out grandparents, as the Charter does not apply to private disputes.

So what can a grandparent do? In cases where the grandparent’s adult child is the biological parent of a grandchild, it is only through their influence on their child that their views may be expressed and again, only if their child agrees with them.

Most cases are like this one, however, and involve situations where the grandparent’s child is not on the scene or has abdicated parental responsibility. In these cases it is useless to buck the remaining parent or guardian’s views, unless they can be shown to be potentially harmful to the child and not in the child’s best interests.

If grandparents want to maintain a relationship with a grandchild, they must often “bite their tongues,” put on a “happy face” and take comfort in the knowledge that children are influenced by their grandparents, even if church and faith discussions are not allowed . . . and children turn into independent adults.

Georgialee Lang BA JD FCIArb is an attorney and arbitrator who practices in Vancouver, Kelowna and Palm Springs. Go here for her website and here for her blog. She attends Broadway Church in Vancouver. This comment is re-posted by permission.