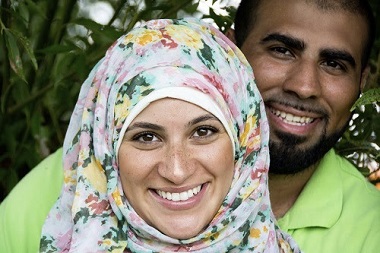 Two Night of Power gatherings will take place next week to pray a blessing on Metro Vancouver’s Muslims.

Mark Andersson is involved with the Night of Power prayer meeting coming up June 9 at Faith Fellowship Baptist Church in East Vancouver. This article from his Understanding Islam blog gives a sense of why he feels such a gathering is so important.

Muslim-Christian relations haven’t changed a lot in 14 centuries. Especially now in the Trump era – with some people accusing all Muslims of being jihadis at heart – millions of Christians fear Muslims, and vice-versa. Sadly, terrorists on both sides of the divide have been giving us new reasons to do so. Not that we didn’t already have enough old reasons.

Our dominant narratives – narratives our mainstream media are currently trying hard to replace – have long been that we can’t trust each other. After all, Muslims and Christians have been fighting intermittently almost since Islam began. And even those rare times when the fight was bloodless, one side has always tried to force the other to submit to its rule.

Some of the conflict’s larger movements are:

Still today, many think one side’s imposing its rule on the other is the best we can hope for.

But that never produces more than a semblance of peace, while robbing both sides of true dignity and equality. And that’s cause for real concern as we move steadily toward a world with 60 percent of its population either Muslim or Christian – just three decades away, according to demographers.[1]

The good news is, you and I don’t need to repeat the mistakes of the past, and we can make a difference. We can exchange the old model, based on distrust, for one of mutual respect, honour and genuine dialogue. 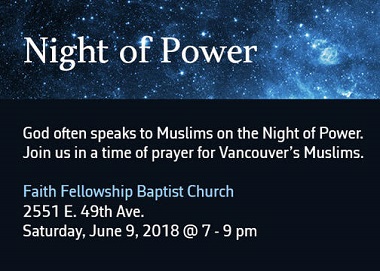 Forcing our will on others brings no one closer to the God who is love. Only loving and blessing others does. Jesus – revered by Christians and Muslims alike – calls us all to walk humbly not just before God, but with each other too. He calls us to treat others, even our enemies, as we want them to treat us. Friendship for friendship’s sake is its own reward. And more than anything else, relationships put a human face on Islam for us and erode prejudice.

Some say Jesus was unrealistic. I say those who think perpetuating the age-old conflict will fundamentally change anything are unrealistic.

But can individual actions ever be enough? In fact, they’re the only real change possible. We must think small to think big: even international actions are just the combined choices of many individual players. And in any case, ultimately, we each answer only for our own actions. God can enable us to be the change we want to see in the world – one friendship at time.

The world digs trenches between Muslims and Christians. You are the bridge.

Mark Andersson is an author and lecturer on Islam, the Qur’an and Muslim-Christian dialogue. He has a Masters degree from McGill University in Islamic Studies and another from Westminster Theological Seminary, and also has years of experience living in the Arab world. He has just written The Qur’an in Context: A Christian Exploration, a college textbook on understanding the Qur’an. Mark’s passion is to help people understand Islam and the challenges facing Muslims and Christians today in a way that is fair to all and to foster Muslim-Christian dialogue. He lives with his wife in Vancouver.

There will also be a Night of Power prayer meeting at Willingdon Church in Burnaby June 10.