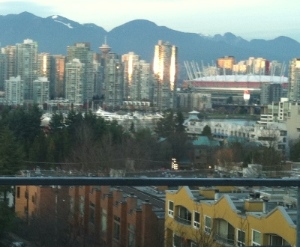 Glenn Smith will be one of the plenary speakers at Missions Fest (January 24 – 26). In this article he explains his growing awareness of how important cities are to God.

Year 2000 marked the dawn of the urban world, when for the first time in human history, more than 50 percent of the earth’s population lived in cities. The growth continues. Worldwide, cities gain a million people a week.

The United Nations – which offers the most conservative growth estimates I have found – project that by 2025 over 60 percent of the world’s estimated 8.3 billion people will live in urban areas.

According to the World Heritage Centre, by 2020 the urban population of Asia will be around 2.5 billion, having doubled in 25 years. By then, more than half of the urban areas of the planet will be in Asia, and those urban areas alone will contain over one-third of the world’s population. The same organization predicts that the cities of Asia will be growing twice as fast as cities in the rest of the world. 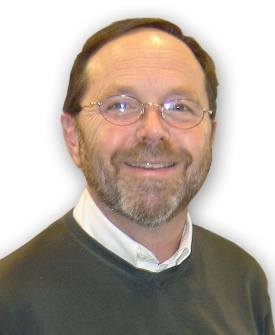 Glenn Smith is a plenary speaker at Mission Fest 2014.

The urban world grows at the rate of more than five million every month or 193,107 every day, or two people per second. Ninety-five percent of the world’s urban population growth is in the global south.

For all the challenges of urban areas – traffic, pollution, noise, high cost of living, crowded and often substandard living conditions, economic disparity, stress, psychological overload, long hours of commuting, violence – cities provide people in the developing world the best hope of education and income. So people continue to be drawn to the city through migration and immigration.

Canadian cities and the urban regions that I am most familiar with in Québec are not exempt from these processes and the impact of globalization and urbanism. As a heart pumps blood back and forth throughout a body, cities pump people around on both a short-term and long-term basis. This makes it harder to develop stable churches in cities, but it creates the opportunity for global evangelization as people find themselves relocated from one city to another.

Surely, God has a purpose in this.

In 1983, I left a ministry to university students to give direction to the ministry with which I presently am involved in Montreal. It is interesting for me to reflect back on how a relevant missional theology of the city evolved through that change.

One day, as I was looking out the window from the sixth floor of our office, I asked myself a question that initiated a reflection that continues to this very day: “I wonder what is being done in my city to incarnate the good news with people who work in the downtown core, Monday at 8 am until Friday at 5 pm.”

Much to my chagrin, I learned that very little was happening. I began to read about ministry with people in the marketplace and saw the relationship to the needs of urban ministry.

At that same time, I was reading in Jeremiah. Having been raised in a family that placed a high priority on the Bible and the church, I am not sure how many times I had read that particular book or skimmed one chapter in particular. But in that cold winter of 1983, the words of chapter 29:4-7 took on a new meaning.

As God Almighty had called those 10,000 exiles to seek the shalom of the foreign city, I began to see that the spiritual needs of downtown Montreal could not go by me easily.

So began the reflection and the action that have informed life over this period. The context was shaping how I listen to the Bible. I had to join with others to pursue a contextualized action and reflection.

Yet along the way, I learned that this one text would never inform all that is the mission of God in the city. Harvey Conn taught me well (I trust). I remember him saying, “Picking one biblical text to sum up my view of urban ministry is an assignment too awesome and dangerous for me. Too awesome because wherever I turn in my Bible it shouts ‘urban’ to me. Too dangerous because the text I select could leave out a piece of the picture too crucial in another text and distort the whole. We need a hermeneutic serious enough to link Genesis to Revelation in the unending story of Jesus as an urban lover and the Church as God’s copycat.” I realized that I needed to keep studying the texts!

At the same time several authors, speakers and teachers began to shape my practice of urban ministry. Many authors invited me to pursue a fresh encounter with our culture, taking the social category of ‘space’ seriously.

I learned that understanding the social imaginaries of the context is critical to pursuing the mission of God. But I live in a place, which is contextually specific. Place is space with historical meanings, different identities and varied societal preoccupations.

For example, I live in the city where philosophical postmodernism was first coined and studied as a social and philosophical expression. This subject is of utmost importance to the gospel and our culture networks around the globe. But I live in a different place than most people talking about the theme. The unending story of God in which we find ourselves always needs to be woven into the fabric of each place a little differently.

In actual fact, as we listen to the scriptures and listen to our contexts, we have plenty of hope that God is accomplishing his purposes in the massive movements of people to city/regions in Canada and across the globe.

Glenn Smith is executive director of Christian Direction, a ministry based in Montreal which is committed to the spiritual transformation by Jesus Christ of all of life, in the cities of the Francophone world.