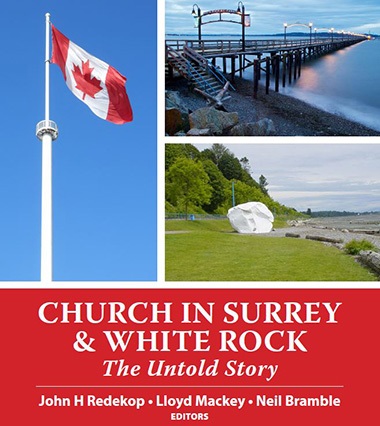 The role of churches and other faith-based ministries in the social, economic, governance and health of Surrey and White Rock is the focus of a soon-to-be released book co-authored by several long-time observers of life in the two cities.

Church in Surrey & White Rock: The Untold Story includes historical and descriptive chapters on the faith life of the communities’ hundreds of Christian churches and other ministry clusters. As well, there is a comprehensive directory of such churches and ministries, complete with addresses, phone numbers and internet linkages.

Other faiths have not been left out of the picture. While the book tells the story of various streams of the Christian community in Surrey and White Rock, it includes information about other faith groups.

The book is somewhat patterned after one of a similar title published further up the Fraser Valley in 2013 and titled Being the Church in Abbotsford.

John Redekop, who comes originally from the valley but spent much of his career as chair of the Wilfrid Laurier University political science department in Waterloo, Ontario, is a major spearhead behind the project. 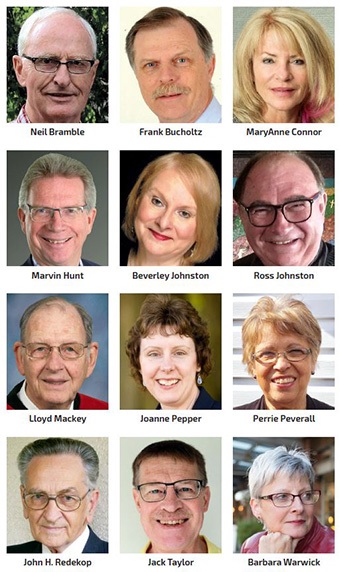 Redekop has recruited an impressive stable of writers for the various chapters – all of whom have had significant connections with faith-life activities in Surrey and White Rock. They include such as:

Further information will soon be available regarding the actual May launch date and location.

Following is the statement of purpose for the book:

This book, with its many local stories and numerous colour pictures, serves many purposes. By listing basic contact data for all the churches, Christian agencies, and Christian schools in Surrey and White Rock, it provides much-needed information for the media, social networks, educators, professional and vocational groups, civic officials, the business community, tourists and newcomers to the region as well as the general public. It also lists similar data for the meeting places and schools of other faith groups. This volume will also facilitate more extensive communication and interaction among these churches, Christian agencies, Christian schools and the parallel meeting places and schools associated with other faiths.

Another major purpose is to inform the church attendees themselves, including their leaders, as well as the media and the larger community, about the great diversity and extensive impact of the region’s churches, Christian agencies and schools and the context within which the people in these churches, agencies, and schools live and work. Most people simply don’t know and have no way of discovering the extent and impact of the Christian presence in this region. The stories and reports in this book provide the needed information. In addition these reports and descriptions also provide enhanced credibility for the churches, agencies and schools.

Finally, in introducing the many churches, agencies, and schools and describing what they are doing, this book raises the profile of the large Christian community in Surrey and White Rock and significantly aids all of these Christian organizations in carrying out what Christians describe as the “Great Commission”. In sum, this much-needed book helps the Christian church, inclusively defined, to impact this community in greater measure and thus to become even more effective in being what the Christian church should be!