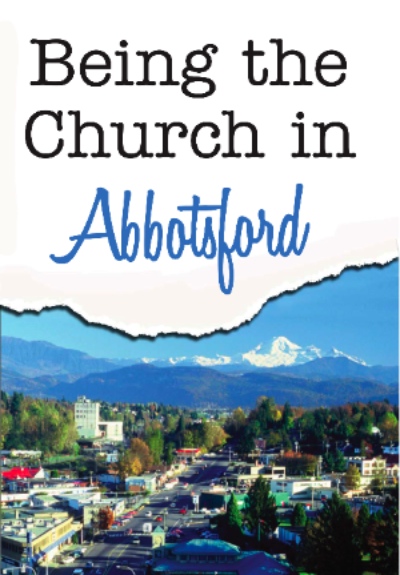 Abbotsford has often been described as the Bible Belt. Novelist  Caroline Adderson said in Sitting Practice that there are “more churches per capita” and more people who use the Bible as a weapon to “slam down hard across a child’s knuckles than anywhere else in the country.”

The assertion that there are more churches per capita than almost anywhere else in Canada is quite possibly true. An appendix lists 108 churches in a city of about 135,000 people. However, the book also recognizes that there are large groups of Sikhs and non-religious people, as well as representatives of many other religions in the city.

Perhaps the most impressive essay is chapter 3, which describes how the church “shows love to the city.” More than any other chapter it flips on its head the assertion that the Christian population primarily uses the Bible as a weapon.

This supposedly judgmental church devotes a great deal of effort to helping the poor, homeless and broken people of the city.

Other chapters look at Christians’ involvement in education, health, the arts, business and politics – with a healthy dose of objective reflection and self-criticism mixed in.

Probably to a greater extent than most other places in Canada, the Christian community in Abbotsford is dominated by churches that can be included under the broad category of ‘evangelical.’ Two chapters in this book highlight the two largest groupings: Mennonite and Reformed. However, the four editors (Ron Dart, David Giesbrecht, Hans Kouwenberg and Christoph Reiners) represent a variety of denominational backgrounds, and the book takes note of both interchurch and interfaith relationships.

Being the Church in Abbotsford was also envisioned as an update on a book published 20 years ago: The Church in the Heart of the Valley: 1892-1992, which offered a more institutional and historical look at the church in the city. The two volumes show how far the church has come and how much it has adapted its programs to meet the needs of the world around it.

Being the Church in Abbotsford (128 pp, $10) is published by Mill Lake Books and is distributed through Judson Lake House Publishers and House of James.

1 comment for “Telling the story of the Church in Abbotsford”