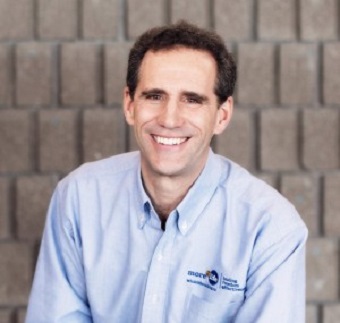 Mark Anderson says that over the years, “we” and “they” is becoming just “us.”

About 15 years ago, our fellowship at Marineview Chapel realized that our neighbours in Dunbar were simply not open to invitations to church outreach events. Their lives were already over-resourced and over-committed.

So when we approached them with invitations to join us for “community,” all they were hearing was more commitment and obligation. In general, they weren’t looking for a church because their perception was that there was nothing of value which organized religion could offer them.

These pleasant people living nearby didn’t want us knocking on their door, inviting them to a Carol Sing. Even handing them a flyer at the local grocery store about a Family Fun Day at the church was perceived as an unwelcome intrusion. We were ignoring their signals that they weren’t hungry for what we were offering. We were speaking to needs they weren’t expressing.

This raised the question, what are our neighbours’ real needs that we can meet? What if we went and listened instead of talked? Learners, not experts.

We realized that, although our neighbourhood gives the impression of wealth and success, many people here still battle with loneliness, self-doubt, a deep sense of not measuring up and often chronic health issues.

We stopped inviting them to events and programs and instead began to develop real relationships with no strings attached. We asked our people simply to get together with unchurched neighbours they really liked, with whom they wanted to spend time even if they knew beforehand that these would never come to church.

In short, we asked them to initiate genuine friendships . . . and expect to grow them for the long-term.

We discovered that many of our neighbours expect to be judged by others around them – and that they perceive church people as having a whole extra lens through which to judge them.

We tried to make it clear that we just wanted to get to know them and that we didn’t see it as our role to tell people what they were doing wrong. By demonstrating we weren’t in approve/disapprove mode, not only did we make friendships, but some of our neighbours told us they were delighted to find people who were so open and gracious.

Building these relationships took years. Simple, everyday stuff like talking at the playground, having a coffee, swapping stories over a meal. This is a time-consuming, labour-intensive way to share the gospel. Yet eventually these genuine friendships became strong enough for us to share in authentic, appropriate, non-weird ways the difference that faith in Jesus makes to us day by day.

We are not better than everyone else, but we do rely on God to help us. The gospel begins with “I’m a sinner,” not “You’re a sinner.” The message is not “Come to my church and be like me,” but rather, “I have found a God who loves me, and I’m sure he loves you too.”

Eventually, some of these friends began trickling towards the church . . . not on Sunday mornings, but to social gatherings where we could introduce our neighbourhood friends to our church friends. These neighbours are still hesitant to officially call themselves “Christian” but they are very much enjoying Christian fellowship and being a part of other kingdom initiatives we invite them to … and perhaps most importantly, we plug in to the good things they are doing, too!

We feel like we have shifted from asking God to bless our outreach plans to answering his invitation to simply incarnate his loving, gracious presence to our neighbours.

Mark Anderson served for 17 years with his wife, Petra as the pastoral team of Marineview Chapel, a community church in the well-educated, well-resourced neighbourhood of Dunbar in the southwest of Vancouver.

He is now in full-time practice as a whole life coach and spiritual director with More2Life.ca. He is also the church planter coach and BC catalyst for Vision Ministries Canada and serves as a spiritual director for Regent College. He convenes the monthly Westside Christian Leaders Fellowship.

This comment is a slightly modified version of one first posted on the Vancouver Consultation website and is re-posted by permission.

← The Hidden Wound in Gilead
Violet Behzadian: Song of My Salvation →