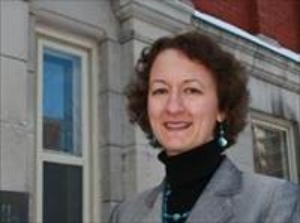 Janet Epp Buckingham, a lawyer and director of Trinity’s Laurentian Leadership Centre in Ottawa, has been an articulate spokesperson for the law school proposal. She talked about it recently in a small meeting of several people interested in Christian influence on Parliament Hill. Asked by one of the meeting participants what role mediation law would play in the school’s curriculum, she emphasized that it was at the very core of the program.

In my view, the question and the answer were both very important, because the critics of the school have tried to make the case that divisiveness and discrimination, not reconciliation and mediation, are at the heart of the law school proposal.

I checked with Epp Buckingham before writing about this, because I wanted to be sure that I was not putting anything on the record which might have been meant only for a private group. She responded by pointing out that subsequent to that private meeting, she had opportunity to enunciate the mediative concept on The Current, a CBC political affairs program hosted by Anna Maria Tremonti.

Briefly summarized, Epp Buckingham answered the question posed above, noting that reconciliation is a major biblical theme that provides a Christian understanding of law and justice. Thus, there is good reason for mediation law being core to the curriculum.

The matter of mediation law has a practical aspect as well, and a Globe and Mail editorial of July 25 is helpful to that process.

The editorial points to three faith-based universities in the United States with bona fide law schools. It briefly describes how those schools – and the American Bar Association (ABA) –manage the mediation/discrimination/faith interface.

The ABA standards do “not prevent a law school from having a religious affiliation or purpose,” and the rules do “not require a school to recognize or fund organizations whose purposes or objectives with respect to sexual orientation conflict with the essential elements of the religious values and beliefs held by the school.”

Further, the G and M asserts:

The result is that private, church-affiliated American law schools, including Pepperdine, Baylor and Notre Dame, state in their admissions policies that they do not discriminate based on sexual orientation. At the same time, Pepperdine is free to add that is students and staff, regardless of orientation, are expected not to engage in sex outside of marriage “as a matter of moral and faith witness.”

Trinity Western can easily modify its covenant to respect Canada’s laws on same-sex marriage and Charter protections against discrimination without impinging on its ability to run a faith-based law school or to advocate traditional marriage. Until and unless it does, the [Federation of Law Societies of Canada – the law school accrediting body] should not grant its accreditation.”

Except for the last sentence, which sounds a bit intimidating, the sentiment of the Globe’s position reflects precisely the mediative approach that rests at the core of Trinity Western’s proposed law school curriculum.

Lloyd Mackey is an honorary member of the Canadian Parliamentary Press Gallery in Ottawa and the author of several books on political and religious issues. In his semi-retirement, he is working on his doctorate in ministry through Tyndale Seminary in Toronto.

← Telling the story of the Church in Abbotsford
Stanley Park at 125: Faith, forgotten people, reclaiming a place in history →