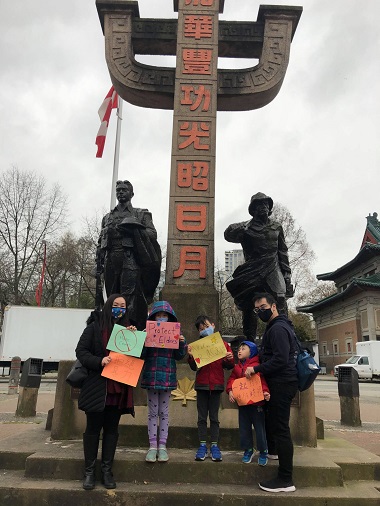 Esther Leung-Kong and her family standing in solidarity with local residents at the Chinatown Memorial Plaza.

Since the pandemic began, there has been a surge of Anti-Asian hate crimes in Canada. In Vancouver alone these hate crimes rose 717 percent compared to the previous year.

This is the highest spike since my family immigrated to Canada from Hong Kong when I was nine years old in 1990.

Upon hearing the news of the Atlanta shooting (on March 16, 2021 – eight victims, including six Asian women – my heart sank and my whole being responded in a way that I can only describe as trauma-triggered. This could have been my mom, aunties, sisters or grandmothers.

In the weeks to follow, I began to tear up whenever I see Asian people at a Chinese food court or Korean market to shop. What if someone comes in with a gun and begins to shoot?

Right now, our Asian community is hurting and traumatized, especially Asian women. There is a collective outcry against the recent rise of Anti-Asian hate crimes and also for the many years of being invisible or to coin the term a ‘perpetual foreigner.’

I began to process internally and recount my own racist incidents throughout the years. These incidents range from blatant racism such as elementary school classmates calling me “chink” to microaggression of a well-meaning (white) lady asking me three times why my English is so good.

Even when I attended a Christian university, classmates would often say how I and my Asian roommate look exactly alike, excusing themselves from their mistake of mixing up our names frequently. Microaggression is a form of ‘othering’ that makes me feel like I don’t really fit in or will ever belong in mainstream society.

As an Asian woman, my healing journey began by processing my own ‘internalized racism’ and growing up as an immigrant child through a soul care lens. Internalized racism is the acceptance of dominant society’s racist views while devaluing one’s own culture. I have had to unlearn the notion of white superiority; that western cultural standards are the best way and everyone else needs to fit in.

If I truly believe that we are all wonderfully made and equal in the eyes of our creator God, I need to uncolonize my mindset and celebrate my own culture, language and traditions.

Light in the darkness 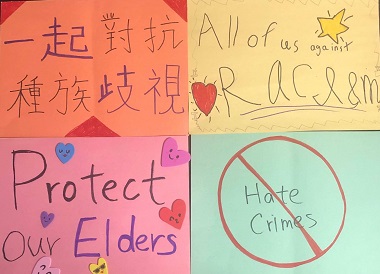 In light of this challenging time, I have begun to see some of my Asian women friends and family start to openly share, perhaps for the first time, about their own experiences with racism.

This gives me hope because sharing our stories can be healing. But at the same time, it saddens me to see similar stories of racism for the Asian diaspora that spans across country lines (the United States and Canada), such as being called racial slurs.

I have also been encouraged to see a movement of courage and boldness in activism and raising our voices, especially going against the notion that Asian women were supposed to be ‘submissive’ and never cause any trouble. More than ever, I have suddenly felt more solidarity and connectedness with my Asian sisters and community everywhere.

Our stories matter, our voices matter! Our leadership needs to become visible in the general Christian community.

For my own family, we have done several things together to help teach our children about the problem of racism and to raise awareness of the issue. As a family with three children, we prayed together and this became a teachable moment about racism.

As an act to raise awareness we made signs and went to the local Chinatown in solidarity against anti-Asian racism/hate crimes. It is never too early to teach them about these challenging topics. There is hope in the next generation.

How can I be an ally?

May God illuminate us in this inward journey of reflection and unlearning harmful ways together with humility.

“And what does the Lord require of you? To act justly and to love mercy and to walk humbly with your God.” (Micah 6:8) 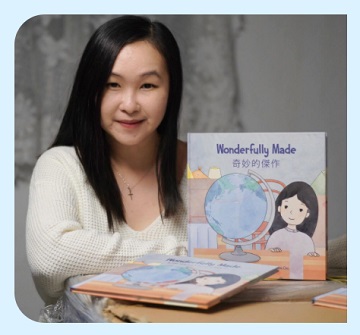 Wonderfully Made 奇妙的傑作 tells “my story of struggles with fitting in as a child immigrating to a new country.”

Esther Leung-Kong is a Vancouver based Chinese Canadian author that aims to educate children on diversity, immigrant struggles and cultural representation through her bilingual book Wonderfully Made 奇妙的傑作 for kids 5 to 10 years old.

Esther’s passion includes advocating for justice & compassion both locally and globally through her mission work at the non-profit organization Culture Regeneration Research Society and volunteering with the local grassroots charity Vancouver Urban Ministries, leadership development for young people, and inspiring others through music.

Throughout the years she has been raising awareness among the Chinese immigrant community about colonial history and treatment of Indigenous people.

This comment first appeared on the ChristianWeek site and is re-posted by permission of the author.

Here are three other recent local statements against anti-Asian racism:

← While We Pray for Miracles, God Gives Us Grace
Our presence matters →