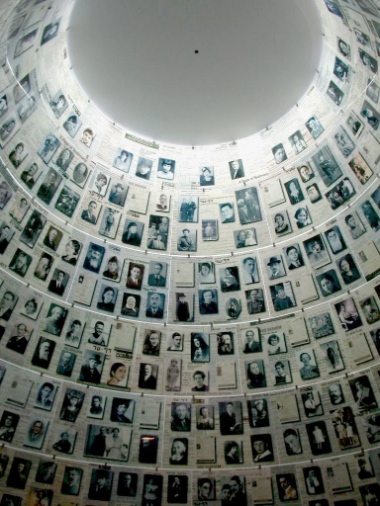 Dr. Susanna Kokkonen, director of Christian Friends of Yad Vashem (the Holocaust museum in Jerusalem), spoke at Westwood Community Church in Coquitlam in November. Kokonnen received her PhD in Holocaust studies from the Hebrew University of Jerusalem and now travels the world speaking about the Holocaust, anti-Semitism and Israel. In this comment she asks us not to forget the lessons of the Holocaust.

General Dwight Eisenhower: “I visited every nook and cranny.” It was his duty, he felt, “to be in a position from then on to testify about these things in case there ever grew up at home the belief . . . that the stories of Nazi brutality were just propaganda.”[i]

2015 is a special year of commemoration; on January 27, we recalled the liberation of Auschwitz-Birkenau and in May 2015 we commemorate the liberation of Europe, indeed the world, from the Nazi war criminals. May 1945 is forever etched in our minds as a time of a great victory.

It was this victory, which with finality opened the gates of the concentration camps and extermination sites. A disbelieving world now saw first hand the horrors that had been perpetrated. Following these horrors, in the immediate post-war period, it was understood that anti-Semitism, the hatred of Jews, had led to this situation. As a logical consequence of this understanding, anti-Semitism became a taboo, something you would not openly confess to. 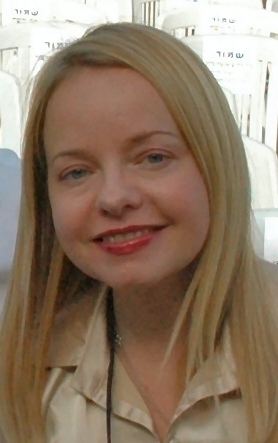 Susanna Kokkonen is director of Christian Friends of Yad Vashem.

It is therefore puzzling that today, 70 years later, anti-Semitism is clearly visible in the very nations that fought against it in 1945.

As an Israeli newscaster said, if the Holocaust was a vaccination against anti-Semitism, the vaccination is no longer strong enough. The worry one feels when seeing these developments relates to the Jewish communities around the world and their position in the nations.

There is, however, also a larger question of history and memory; is it true that history repeats itself because we choose to forget? In this particular context the very essence of human life is at stake because we either ignore or remember the ultimate evil: the Holocaust and genocide.

The United Nations’ definition of genocide was published in 1948, after the horrors of World War II, and in many ways it relates directly to the Holocaust. The Holocaust, in its vastness, happened recently; it was an extreme genocide with the intention of murdering the entire Jewish population of Europe.

The statement defines the act of genocide but the act is only one part of it. Genocide is defined more specifically as the intent to annihilate a group based on their religion, race, national or ethnic identity. The definition goes further in stating that the intent to destroy the ability of a group to exist, or destroying their political and cultural leadership or their culture is the equivalent of genocide.

Genocide is defined as a crime against humanity and thus it is contrary not only to the “spirit of the United Nations” but to the human spirit of which we all are a part. Naturally, to a believer such a crime – clearly preceded by contempt for human life – is unthinkable.

Genocide or mass murder raises many difficult moral questions; many of these will forever remain without answers. The murder of six million Jewish people is too large to comprehend, but so are other, post-Holocaust, murders.

As assumed in the Nuremberg war trials the guilt of the defendants was this:

They (the defendants) conducted deliberate and systematic genocide – viz., the extermination of racial and national groups – against the civilian populations of certain occupied territories in order to destroy particular races and classes of people, and national, racial or religious groups, particularly Jews, Poles, Gypsies and others.[iii]

It is the intent, the deliberate character and the targeting of a specific group that sets genocide apart from other crimes.

Learning about the Holocaust is assumed to sensitize us to discrimination and hatred targeting groups at our own time. The question is whether we have indeed identified the issues we need to face? Do we face them as a community or as individuals?

Let us consider the Holocaust and the extremely small number of Christian communities which acted as such against the persecution. Most of the rescuers of Jews were individuals. How effective is an individual response vis-à-vis genocidal ideologies? Our helplessness is evident in our individualized ineffective response even now. We are not speaking up but rather are behaving like silent bystanders – just as the large majority of people did at the time of the Holocaust.

Looking around us, it is clear that anti-Semitism is rising at an alarming rate and at the same time, as Christians, we see our brethren persecuted in many places, most notably in the Middle East. Whilst all of this is going on, many of us may feel that it is simply overwhelming. It is easier to be silent than to confront these issues. 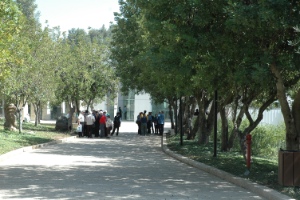 The Avenue of the Righteous Among the Nations at Yad Vashem. Credit: Yad Vashem

Yad Vashem, the Holocaust Memorial and Education Center in Jerusalem, Israel has been engaged in Holocaust education for decades. While we do not seek to tell each visitor what they need to think, the lessons that come out from the Holocaust speak for themselves.

From 2010, the Christian Desk at Yad Vashem has been offering education specifically to pastors and Christian leaders. They become educational multipliers and ambassadors for the Holocaust and its universal lessons.

We do realize that we cannot get everywhere so we need partners and friends to spread the message all over the world. I would like to invite you to help us to educate for the future. Remembrance is essential to God, and we need to combat the rising tide of evil, which goes against history and memory – as Eisenhower predicted.

Please, join us in this fight!

Yad Vashem was founded in 1953 by an act of the Israeli parliament, the Knesset. Situated on 45 acres on the Mount of Remembrance in Jerusalem, it is not just a museum, but also a world centre for documentation, research, education and commemoration of the Holocaust. Christian Friends of Yad Vashem (CFYV) was established in October 2006 in cooperation with the International Christian Embassy Jerusalem (ICEJ).

2 comments for “Seventy years after the Holocaust, anti-Semitism is again on the rise”