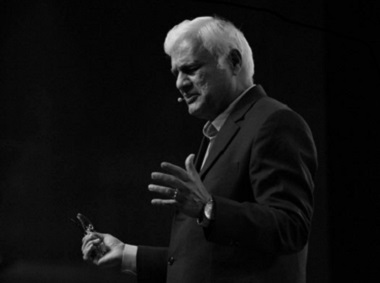 Ravi Zacharias was abusing women while being celebrated both here and abroad.

Apologetics Canada has joined many Christian leaders and ministries in lamenting revelations about ongoing abuse carried out by leading apologist Ravi Zacharias.

The Abbotsford-based apologetics ministry had – along with most of the evangelical world – supported his work and celebrated his “tremendous impact on the lives of many people” after he died May 19, 2020.

It is with a heavy heart that we share this news. The International Board of Directors at Ravi Zacharias International Ministries [RZIM] has issued a statement and released the full report of the investigation regarding the allegations of sexual misconduct by Ravi.

Not only have the allegations proved to be true, the details are much worse than many dared believe. Furthermore, in the words of the board, “Ravi engaged in a series of extensive measures to conceal his behavior from his family, colleagues and friends.”

We grieve for the women who suffered injustice. Their lives will never be the same because of what they went through. As the RZIM board take steps to make restitutions to them and internally reform the organization so that this is not repeated, we pray that the victims and their families will find some measure of peace, however small it may be.

This is a sobering reminder for all Christian organizations that we must do better in holding one another accountable, particularly our leaders.

They linked to the statement and report.

The ‘Open Letter from the International Board of Directors of RZIM on the Investigation of Ravi Zacharias’ begins:

It is with shattered hearts that we issue this statement about the allegations against RZIM’s founder, Ravi Zacharias.

Following allegations made in late August of 2020 that Ravi had engaged in sexual misconduct and abuse in connection with two day spas, we commissioned Miller & Martin PLLC, a law firm with experience in corporate and sex crimes investigations, to conduct an independent investigation.

We gave Miller & Martin a broad scope to pursue any avenues that they judged to be relevant to the accusations, and we emphasized that our only purpose for the investigation was to ascertain the full truth.

To be victimized by unwanted sexual contact, advances, and behavior is horrendous. It is diametrically opposed to everything we believe about the value and dignity of every single person.

We believe not only the women who made their allegations public but also additional women who had not previously made public allegations against Ravi but whose identities and stories were uncovered during the investigation.

Tragically, witnesses described encounters including sexting, unwanted touching, spiritual abuse, and rape. We are devastated by what the investigation has shown and are filled with sorrow for the women who were hurt by this terrible abuse.

These women told their stories on conditions of confidentiality and anonymity, and we fully intend to respect their wishes by not disclosing their names or any other identifying information. We are deeply grateful to all of the courageous women and other witnesses who came forward in this investigation.

Some have been impressed by the degree of openness with which RZIM has dealt with the issues. Others, including some RZIM insiders, have not. 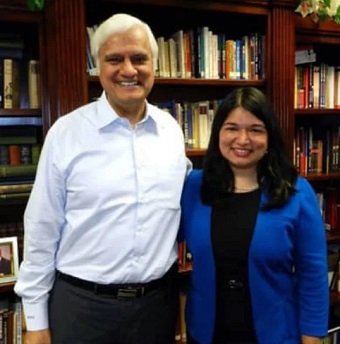 A February 16 article in Eternity described the experiences of one woman who sought the truth:

The public relations manager for Ravi Zacharias International Ministries sent a letter to the RZIM board, outlining what she believes to be the organisation’s history of “cover up” and withholding of information about the evangelist’s alleged sexual misconduct.

Three days before last week’s release of the ‘Independent Investigation into Sexual Misconduct of Ravi Zacharias’ report, Ruth Malhotra wrote a 26-page ‘confidential’ letter to the chair of the board, a role occupied by Zacharias’ daughter Sarah Davis before her recent resignation.

Published in full on The Roys Report, the letter documents how Malhotra believes “key information was withheld from the RZIM Board by Ravi and the Senior Leadership Team during the crisis of 2017-18, as well as more recently with the spa allegations.” . . .

“Malhotra also gives gut-wrenching details about the spiritual abuse she suffered at the hands of RZIM leaders,” writes [Julie] Roys. “And she shares vulnerably about her own internal struggles – trying to ‘protect the brand and reputation of RZIM’ and ‘support Ravi,’ while also aiming to uphold truth and integrity. 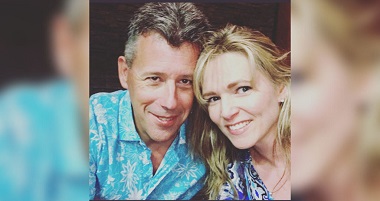 The RZIM open letter apologized to Lori Anne Thompson, who made allegations against Zacharias in 2017, saying:

We were wrong. Our trust in Ravi’s denial of moral wrongdoing and in his deceptive explanations of emails and other records that became public was severely misplaced, and our failures in 2017, including our failure to commission an independent investigation at that time, allowed tremendous pain to continue to be caused in the Thompsons’ lives.

Thompson, a registered kinesiologist increasingly involved “with protection of people from the ravages of poverty, adverse childhood experience and interpersonal violence,” has written at length about clergy abuse, trauma and related issues on her blog.

In her February 17 post she makes it clear that most of the current commentary is premature at best. She began:

I have done my best to share my understanding of the predatory playbook, to give coherent statements and dance around a non disclosure agreement.

I confess I am feel[ing] near the edge of panic watching people who have literally no idea what they are talking about, fashion sound bites and 10 point sermons. Having a platform does not make you an expert in sexual abuse, predation and victimology.

This is a time when you should be listening not talking unless you definitively know what you are doing. This is a time to mourn; to ask hard questions of yourselves and others; a time to acknowledge your complicity; a time to seek wise counsel and time to look forensically. 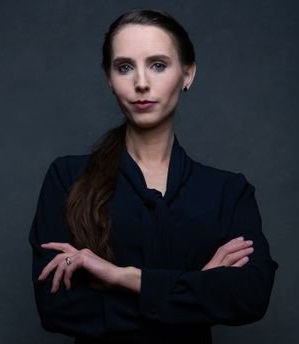 Rachael Denhollander will consult with RZIM.

In the same post, she linked to several key resource people, including Rachael Denhollander, author of What is a Girl Worth?, “the true story of a woman who helped bring down serial abuser Larry Nassar and expose USA Gymnastics.”

RZIM has engaged Denhollander to act as a counsellor to senior leadership, and “to serve as a confidential liaison with survivors and to help guide the process of care, justice and restitution for those who have been victimized.”

For every leader who has written a blog post, tweeted, commented on, the steps being taken by RZIM, how good they are, how important the truth is, or how to prevent this, please hear the grief you are compounding. . . .

Stop offering fixes and prevention when you have spent no time learning from those who have sacrificed so much to be able to truly understand abuse, its dynamics, prevention and response. From those who sounded the alarm years before your theories.

Many local leaders, and much of the local Christian community, have held Ravi Zacharias in high regard throughout his ministry. Several spoke in very positive terms about Zacharias when he died (I quoted some in a positive article I posted), and thousands have flocked to him and his ministry during large gatherings at Westside Church and Trinity Western University, not to mention through his books, videos and quotes by local pastors. 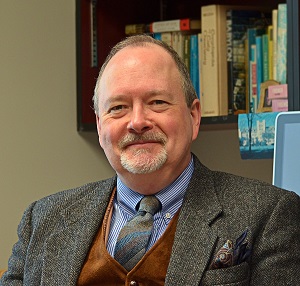 One who resisted that lionization over the years is John Stackhouse – author of at least a couple of strong works on apologetics, Can I Believe: Christianity for the Hesitant and Humble Apologetics. (Formerly at Regent College, he is now teaches at Crandall University, while retaining a home in Metro Vancouver).

Back in late 2017, he spoke about ‘Ravi Zacharias and the Case of Christian Credential Inflation’ on the Quick to Listen podcast. Last May, following Zacharias’s death, he wrote: ‘Ravi Zacharias as Exemplary Apologist: A Demurral,’ beginning with this:

Some have asked me why, particularly in the pages of The Washington Post, I have not shared in the adulation awarded Ravi Zacharias at his recent passing.

I am troubled by the report of his relationship with Lori Anne Thompson. I am dismayed by his career-long habit of inflating or simply fabricating academic credentials in a job regarding which academic credentials are key. See attorney Steve Baughman’s important work on both of these issues, available here.

These problems notwithstanding, however, in general I have always thought RZ was a poor thinker and an often off-putting communicator, and by “always” I mean since I heard a recording of his first Veritas Lectures at Harvard almost 30 years ago.

Stackhouse offers a fairly extensive critique of his approach to apologetics before pointing to several thinkers and public figures he admires as apologists. Go here for the full comment.

Stackhouse wrote a couple of other useful comments which many of us should probably have paid more attention to in the past:

* Why I Criticize in Public

* Why I Attack Certain Public Figures

Give his long-term non-appreciation of Zacharias, it might seem surprising that Stackhouse does not quite advocate turning our backs on his work completely. In a recent blog post (‘Throw Away All Your Ravi Zacharias Books? Or All Your Luther?’), he writes:

What remains truly astonishing to me is the undeniable and enduring value in the work of notorious sinners such as Karl Barth, John Howard Yoder and Jean Vanier. . . .

Yet we know Martin Luther was capable of both great blessing and hair-raising cursing. John Calvin and John Knox made terrible decisions as leaders accompanied by invective harsh even by sixteenth-century standards.None of the grace God passed to us through such people excuses their sins, of course, as none of what little good I’ve been able to do as a teacher and writer excuses one jot of my own considerable transgressions.

He doesn’t go so far as to recommend reading Zacharias (and does refer to the critiques mentioned above), but does seem to allow that there may be some benefit to be gleaned from his writings. Go here for the full comment.

Our prayer has been that the truth would be known. For this answer to prayer we are thankful, even though we express this gratitude through tears. The humbling process of seeking counsel from survivors and advocates and of writing this statement has made us profoundly aware that even what we say now is vastly insufficient and merely a starting point for all that needs to be said and done in the days ahead.

In light of the findings of the investigation and the ongoing evaluation, we are seeking the Lord’s will regarding the future of this ministry.

We can pray with them and keep our own eyes open for abuses we may be allowing in our midst.

Note: RZIM Canada announced February 18 that it will be closing down.

← How do non-American evangelicals respond to the United States?
Around Town: Communities of Welcome, Humanists/TWU, Coldest Night, GROW →