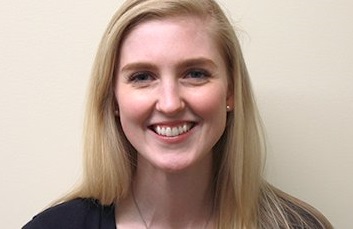 Jenny de Klerk is enthusiastic about Puritans, and the books they wrote.

If you haven’t taken a wander through the Rare Books Room at the Allison Library, it’s about time you do so. That’s where Regent College houses the Puritan Book Project, consisting of about 3,000 works, many of them from the personal libraries of Drs. Jim Packer and James Houston. The collection is already a remarkable resource for those interested in the Puritans – and now it’s in the process of expanding and branching out.

Regent hired Jenny-Lyn de Klerk this February, for the purpose of building awareness for the Puritan Book Project. Her role includes acquiring new books and working on promotions, as well as researching within the current collection to unearth some of the riches already garnered.

Alongside her work at Regent, Jenny will continue working on her PhD at Midwestern Baptist Theological Seminary, where her work focuses primarily on Puritan church leader and theologian John Owen. She moved to Vancouver with her husband, JD, who currently works as an associate pastor at Richmond Alliance Church.

We sat down with Jenny to learn from whence arose her unquenchable enthusiasm for all things Puritan, and to discover what’s new and what’s next for the Puritan Book Project. 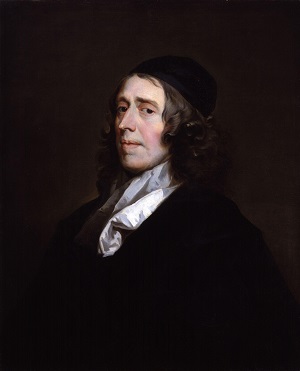 As soon as you talk to Jenny, you realize that her passion for the Puritan books collection goes way beyond academic interest: it arises, in her words, for “purely practical purposes.” When asked what was the initial spark for her dedication to the Puritans, she recounted finding in the Puritans a rich source of spiritual help during her time studying at Ambrose University in Calgary.

“I was really fed up with this one longstanding sin in my life. I was so frustrated with it. I decided to be more intentional about learning about mortification. And my husband said, ‘You know, the main book on mortification is by John Owen . . .’”

“It helped me so much that it got me on a Puritan kick and from then on if there was some life issue I was dealing with I was like, ‘There’s gotta be a Puritan book on this.’ That’s how it all started.”

When we cautiously raised the widespread stereotype that Puritans were generally a bit stuffy and dour, she responds with good-humoured zeal.

“That horse is dead.” 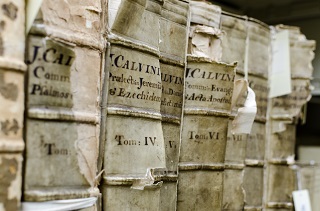 “From a scholarship perspective, that has been so debunked by so many Puritan scholars that it’s not even a topic I could write on.”

She continues: “I could turn to any Puritan book, read one paragraph, and I think it would already start to change [your] perspective, because that characterization of the Puritans has been so blown out of proportion.”

One of the reasons this stereotype is so false, she argues, is that, far from fostering a cold legalism, Puritan theology continually emphasizes the centrality of relationship, which, she points out, is an aspect of Puritanism that is especially harmonious with evangelicalism.

For illustration, she turns to the book, On Communion, by John Owen, the writer who got her interested in the Puritans in the first place. “His whole thesis is that we relate to God as three distinct Persons: Father, Son and Holy Spirit. In order for something to relate to something else, it has to be a person.”

“[Puritans] constantly write about the heart,” she summarizes. “It’s not about externals, it’s about your relationship with God.” 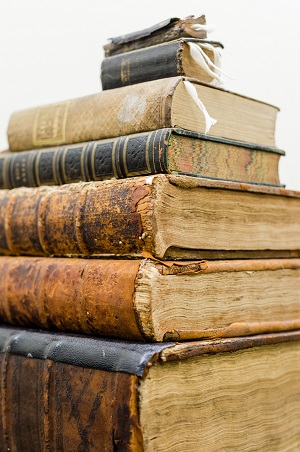 Since accepting the job at Regent and getting settled into Vancouver, Jenny has been moving full steam ahead on the project. In these initial stages of the job she is impressed with the quality of the collection and eager to get the word out about its resources.

“We want people who are interested in the Puritans to use our stuff. It is known; [but] we want it to be known more.”

She points out that Regent’s collection is unique in that many of the books are significant not just because of the original authors, but also because of their more recent owners – Jim Packer and James Houston.

“It’s not just the Puritans; it’s the legacy of our scholars and our students,” she says.

This means that within this collection, there is a remarkable opportunity for research into the reception history of Puritan thought.

Over centuries, many of the books have accumulated marginal notes, poems, diagrams or scribbles, providing sparks of illumination into the experience of the reader.

“The fun, adventurous aspect of it that makes you feel like you’re Indiana Jones is that stuff isn’t documented. You can only find it by looking through the book,” says Jenny.

For a peek into a few fascinating examples of marginalia in the collection – including one very sombre marginal poem from a 17th century volume – check out the display currently up at the entryway into the library.

If you’re interested in trying your own hand at doing research into the Puritan Books collection, Jenny has just completed a soon-to-be-released research guide, which goes over “how to study the Puritans at Regent College.” If you pop by Jenny’s office in the library, she will also be more than happy to talk through your particular research interests.

The older the better 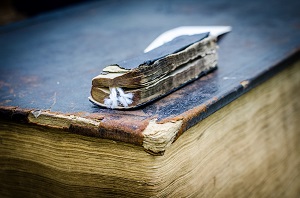 This outward expansion of the collection will be matched by continued inward growth of the collection, as Jenny invests part of her time in scoping out antiquarian book dealers with an interest in the Puritans, in order to acquire new (old) books.

The dealers themselves are as much a part of the appeal as the books. “They’re all so interesting . . . they’re all fun to talk to.”

In just the past few weeks, Jenny has unearthed a number of old gems, including a children’s version of Pilgrim’s Progress from the 19th century, and a copy of A Token for Children by James Janeway. The latter is a compilation of conversion stories as told by children, intended for the spiritual education of other children.

“It’s really interesting in terms of how the Puritans viewed children and conversion,” says Jenny.

Despite the sense of fun Jenny brings to the process of excavating for new books and organizing promotions, she admits the greatest joy for her is still her encounters with the content of the books themselves.

“I’m really excited about what the Puritans had to say.”

To access digital copies of a number of books in the Puritan Books Collection, go here. To check out Jenny’s blog, where she recently reflected more in-depth on the role of marginalia in historical theology, go here. If you’d like to take a tour of the Rare Books Room and/or spend some time leafing through beautiful old Puritan tomes, drop by the offices of Jenny de Klerk or Cindy Aalders. No library card needed.

This article, slightly shortened, is re-posted by permission. For the full article go here.

← Around Town: Voices Together, Jazz Fest, Anil Kant, The Rock Theatre . . .
Peter Foggin: Born in China, his love for Asia has remained strong →