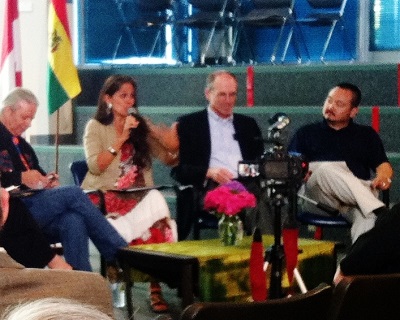 When you tackle World Christianity on a Friday evening and part of Saturday – allowing for generous coffee breaks – you can expect to miss a few of the fine points.
But the cast of scholars collected by Regent College last weekend (July 19 – 20) did a remarkable job of blending expertise and personal insight as they considered the state of the church in the Global South, especially as it increasingly turns its attention back on the West.
Here’s what stood out for me.
The good . . .
On Friday evening, five Regent College students gave us some insights, along with poetry and music, from their home countries.
Rajan Mathew, originally from the south of India, has worked in Papua New Guinea and in northern India. He thanked the  missionaries who went to India to share the gospel, pointing out that his own family wouldn’t be following Jesus now if they had not gone. His daughter performed a beautiful dance which expressed devotion to God in a traditional Indian form.
The church has grown dramatically around the world in the last couple of hundred years. What was a European religion really is now a world religion – the world’s largest religion – with strong roots in every continent.
Samuel Escobar has said that Christianity was dominated by the Eastern (Orthodox) Church in the first millennium and the Western Church in the second, but the Southern Church is taking prominence in the third millennium.
Not only are there dynamic church movements in Africa, Asia and Latin America, some of the most significant missionary movements are based in nations such as India, Nigeria, Brazil, China, the Philippines and Korea. 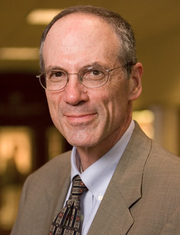 Referring to Word Made Global, which tells ‘Stories of African Christianity in New York,’ Mark Noll, professor of history at the University of Notre Dame, said: “North America is rapidly becoming a full blown missionary-receiving region.”

Soong-chan Rah reminded us of the dramatic growth of the church in Korea, his family’s homeland. Again, missionary outreach led to that growth, which in turn made Korea one of the largest missionary-sending nations in the world by the beginning of the 21st century.
He then described the impact of Koreans and other immigrants in North America. Citing recurring fears of church (including evangelical) decline in North America, he said it is true of “white Christianity.” But the opening of U.S. immigration in 1965 has had a surprisingly positive impact on the state of Christianity in his adopted home.
Quoting another scholar, Rah argued that “We’re not seeing the de-Christianization of America, but the de-Europeanization of American Christianity.”
Roughly 800,000 Koreans came to the United States between 1965 and 1990, he said, including his own family. About half of them were Christian, and even more became Christian when they arrived. In 1975, there were 75 Korean churches in the States; now there are 5,000 or so.
Before moving on to teach at North Park Theological Seminary in Chicago, Rah experienced a “quiet revival” of church growth in Boston while pastoring there; 98 churches were planted between 2001 and 2006, half worshipping in a tongue other than English.
. . . the bad . . .
But the conference wasn’t intended as a missions rally. Regent College was making a statement that it plans to strengthen its focus on World Christianity, warts and all. 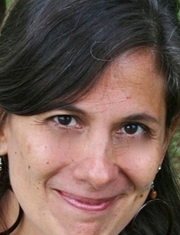 Ruth Padilla DeBorst, director of Christian formation and leadership development with World Vision International, told the “official” story of the church in Latin America, which extols “the God of the Spanish and Portuguese empires.”

She pointed out – “not with pride though” – that one of her ancestors is commemorated on a plaque in Quito, Ecuador for his part in the Spanish conquest over the “New World.”
The only way for indigenous people to survive that onslaught was to “submit to colonial Christendom.” As a result they have often been more ready to follow the rites of the religion than to live their faith.
But even in such a setting, there have been many signs of light. Pointing to the three prevalent theological streams, she said that both liberation and evangelical theologians have grappled with what it means to have a preferential option for the poor.
And the Pentecostal/Neo-Pentecostal movements which have dwarfed both of them (“while liberation theology chose the poor, the poor chose the Pentecostal Church”), have in some cases broadened their theology to include social and political issues.
Christian faith has transcended imperial agendas to take root in a variety of forms all over the continent; and Latin American theologians and missionaries are influential around the world.
She sang, and quoted ‘The God of the Weathered Face’ to demonstrate what it means to follow Jesus in the Latino world:
You are the God of the poor, the human and humble God,
the God who sweats in the street, the God of the weathered face.
That is why I talk to you as my people do,
because you are the worker God, Jesus, the labourer.
. . . and the ugly

Terry LeBlanc, director of My People International, introduced us to a less hopeful picture, one that hits close to home, literally and figuratively, for anyone interested in missions history.

“The first time global Christianity came to our door wasn’t a good experience.”
LeBlanc, a Mi’kmaq/Acadian, reminded us, for example, that educators (and missionaries were, unfortunately, often those educators, co-opted as they were into the assimilation process through the residential schools system) “thought they were writing on an empty slate.”
Education was not so much for the good of the indigenous people as it was a means of imposing the foreign ideology of the invaders. One 52 year old woman who works with him describes her residential school experience this way: “There I learned another people’s language, culture and history as though my own did not exist.”
Possibly the most encouraging aspect of LeBlanc’s talk is the fact he was there at all. Not only has he not given up on the church, he’s an active evangelical Christian – though he cautions that definition is important: “There’s greater diversity than we’re imagining.”
LeBlanc is providing theological education for future indigenous leaders through North American Institute for Indigenous Theological Studies.
NAIITS, he says, is a “retraditionalizing force.” He wants young people to rediscover their own story and he wants “to help people to live differently.” His approach relies more on narrative – which accords with traditional aboriginal life – and less on propositional truth, so important in the Western tradition.
Most of all, he wants the gospel story to be inclusive of indigenous people as they are: “Indigenous people are placed in the midst of the plan and providence of God.”
He quoted Sitting Bull with approval: “If the Great Spirit had wished me to be a white man he would have made me one. It is not necessary for an eagle to be a crow.”
Even the fact that Brazilian, Chinese and Indian missionaries are sharing the gospel doesn’t encourage LeBlanc too much. Those cultures are now “living the American dream” in his view, having bought into Western philosophical and methodological approaches.
LeBlanc doesn’t want any more short-term missionaries on reserves. Feel free to become friends and to listen he said.
Over lunch, during a conversation (shared by Dwayne Buhler, head or Missions Fest and Ward Gasque, one of the founders of Regent College) – and following a direct question – he did come up with a couple of good things about a Western missionary approach: inquisitiveness (“indigenous people are more focused on mystery”) and industry (“as long as it’s not overdone”).
Moving on . . .
Following a couple of days of reflection, here’s my perspective on issues raised during the conference:
1. I’m thankful to have Regent College on our doorstep. Vancouver really is blessed to have such a community of faithful Christian scholars so readily available.
2. I agree with Rajan Mathew. This is a great time to thank the missionaries, tens of thousands of whom gave their lives selflessly to spread the gospel overseas. Read books like Clouds of Witnesses by Mark Noll and Carolyn Nystrom or God is Red by Liao Yiwu if you don’t believe me.
3. We must allow Ruth Padilla DeBorst, and others closer to hand, to remind us that it is the God of the Weathered Face rather than the God of Empire that we follow. We live in one of the most comfortable and privileged cities in the world; this message will always chafe.
4. It is a time for lament. We must listen intently to Terry LeBlanc and the many others who have disturbing tales to tell. Listen, empathize, befriend.
As it happens, Vancouverites will have a unique opportunity to learn directly from those who suffered in residential schools at the Truth and Reconciliation Commission hearings (and during the whole of Reconciliation Week September 16 – 22.
In the meantime, you can watch moving DVDs such as Muffins for Granny and We Were Children.
5. Studies of missionaries are, according to Mark Noll, finally “moving beyond hagiography and anti-colonial demonization.” They were (and are) not angels; nor were they demons. They were (and are) fallible human beings, usually trying to do the right thing, but with flawed and partial views of the world.
6. We must not lose confidence in the gospel. We must not be dissuaded – nor dissuade ourselves – from sharing the good news. But humility regarding our own understanding, and particularly the value we place on our own culture, is essential. Cultural captivity is an ever-present snare. 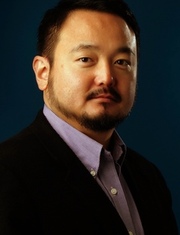 7. Despite the impressive record of Korean and other immigrant churches, Soong-chan Rah urged less focus on triumphalism and success.

Instead he pointed us – with a filial devotion fully Christian and fully Korean – towards his mother: “I look to my 81 year old mom, who has ‘multiple knees’ from praying several hours a day. There are no books written on her.”
Share this story