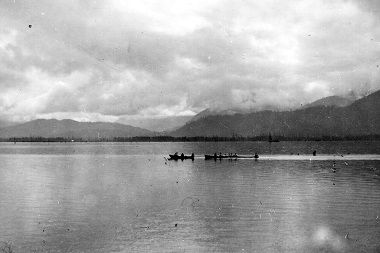 Sumas Lake was at the centre of Fraser Valley life for thousands of years, before it was drained a century ago. The Reach Gallery Archives/Image: P188

Sumas Lake until a century ago covered about 10 percent of the Fraser Valley’s fertile farmland. Then it was ‘disappeared.’ Whatever happened? And what to do about it.

Divine love
Wellspring of our existence
Build us into a loving community
Feed us and heal us with wisdom and grace
Shatter our prejudice and soothe the pain of our failure
Weave love and peace into our intentions and actions
So that we may stand for justice and compassion
As a reflection of the piercing tenderness we see in the heart of Jesus.

British Columbia since November 14 has been undergoing a massive emergency, due to unprecedented rainfall that led to gigantic mudslides, road washouts, flooding and death. Worst hit in the Fraser Valley, below where we live, is the Sumas Prairie of the City of Abbotsford.

It is an overwhelming tragedy for lives lost and livelihoods ruined. One can scarcely imagine the scope. Our hearts go out to those affected by such wrenching devastation.

As with other major disasters, the rising to the challenging needs of neighbour and stranger by innumerable officials and volunteers is wonderfully heartwarming and immensely uplifting. There are and will be endless accounts of heroism, compassion, empathy, etc. We’re all reading about, watching, prizing this superb outpouring of community-coming-together everywhere hard hit.

What follows was occasioned by the Deluge, but not about the above.

The tragedy and the travesty 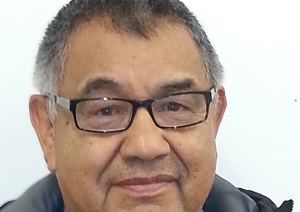 This overwhelming tragedy today points to an overwhelming travesty committed a century ago against thousands who had peopled the Sumas Lake area: a lake that was drained under the noses of – in stark terms, stolen from – Sumas First Nation.

The current horrific events cast an eerie spotlight on a century-old gargantuan injustice committed by White Settlers. There is no gentle way to state it. Calling it an injustice, a blandly inadequate term, or property theft according to the Criminal Code of Canada, are the only legitimate labels for such an incalculably grotesque high crime.

It was a tsunami in reverse.

And at that time, there was no one in the White Settler community who rallied to their aid.

“They took the lake away and we never got one inch of it,” former Grand Chief Lester Ned told The Vancouver Sun in 2013. “I don’t know how the people survived way back then.”

Should not the sheer pathos of that simple comment send chills down our spines? 1

A few points before proceeding:

As has been said, the truth will set us free, but first it will make us miserable. Such misery, though, is the needed prologue to discovering our penitential posture and beatific vocation.

– Ken Sehested in Accountability for the murder of Ahmaud Arbery, November 24, 2021

What follows is reflection on what is common knowledge (the ‘this‘), as fellow church member and founder of Abbotsford Community Services (now Archway), Walter Paetkau, points out in an email:

I was wondering why you  thought the article ‘will upset the fine Christian folk of the Fraser Valley.’ It’s a straightforward piece of information that many of us have been aware of for some years.

On the other hand, most of us are upset by how the Indigenous community was totally ignored when making the momentous decision about their land. Whether reparation will now be made as the Sumas Band is asking for remains to be seen. Maybe we all need to be paying a surcharge of some kind.

That such thoughts which follow do not upset many of the fine Christian folk of the Fraser Valley and all humanitarian-minded folk – seemingly have not done so for 100 years – surely points to something darkly evil in us all?

In testing this article out with others, a good friend who is very knowledgeable about the situation, emailed:

Land around the world has been reclaimed from the sea (most of Holland), to grow food, to feed people. Sumas Lake is only one local example. Locally, all of Chilliwack, Agassiz, Matsqui, the rest of Sumas Prairie, Delta, Richmond, parts of Surrey and Langley are behind dykes against the Fraser River.

Sumas Lake is no different. Why use the tragedy of this event to highlight issues that are systemic in all of our society – since colonial days? Yes, we need to speak truth and reconciliation to these peoples . . .

The following is a deliberate act of highlighting this tragedy to point to the horror of what was done to Aboriginals. For up until 100 years ago, and for untold millennia prior, they had been dependent on the former Sumas Lake as their primary grocery store.

Just as important, the lake also had held/holds profound spiritual significance, that we Settlers, without trying, cannot begin to understand – and too often do not care even to know or appreciate.

It is commentary on what can only be rightfully called The Great Sumas Lake Heist – one that robbed thousands of their livelihood, and destroyed thereby their millennia-long way of life. It was a tsunami in reverse. And over the past century, it rarely was taught as the gross injustice it was, in any BC school curriculum. Surely though, one must say, A rose/crime by any other name . . . (The ‘that.’)

A thriving Aboriginal community. A lake drained. Suddenly, ‘Dominion’ (read British Empire) land up for grabs. One hundred years of building up a whole new cultural presence by White folks and subsequent non-Caucasian immigrants. Ever since that Grand Larceny, it has been a guilty little secret in plain sight. White Settlers; expansive farmlands; nice whitewashed schools, community halls and churches . .

Go here for the full article and for a recording of the article.

Wayne Northey retired as Director of Man-to-Man/Woman-to-Woman Restorative Christian Ministries (M2/W2) in Abbotsford, in 2014. He has been active in the criminal justice arena and a keen promoter of restorative justice since 1974.

Go here for his website, which is dedicated to ‘The Gospel as Counter-Narrative to Empire.’ This portion of the article is re-posted by permission.