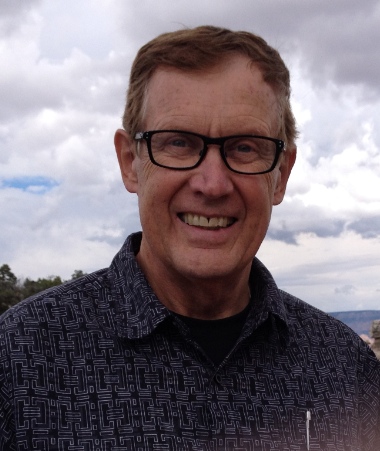 On a recent flight I watched The King’s Speech, about the events surrounding King Edward VIII giving up his right to the British throne in 1936, in one of history’s most famous abdications.

This excellent film shows Edward’s younger brother having to reluctantly take over as King George VI and follows his struggles to overcome a serious speech impediment to become a great leader during the dark days of World War II.

The word ‘abdicate’ means to willingly renounce or give up what is yours, to resign or disown. On a spiritual level there is such a thing as a ‘gospel abdication.’

If we keep to ourselves and reject any responsibility to share our faith, then Canada will continue on its precipitous spiritual decline away from God as the population growth outpaces that of evangelism.

But there is good news! From my travels, and being invited to speak trans-denominationally more than 200 times a year across Canada, I see some wonderful alive churches growing weekly through evangelism and discipleship – instead of mostly through transfer growth.

Our world is changing fast, but with the right perspectives, resources, tools and ideas we can reignite a passion for effective evangelism and discipleship so that churches which feel stuck can be reenergized for the gospel.

It is good to remember that our King also gave a famous speech, not in 1936 when George VI had to take over from his brother Edward VIII, but 2000 years ago. In his speech, our King, Jesus, also called his people to prepare for battle.

To Christians around the world who are doing all they can to successfully reach people for Christ, this speech is known as ‘the great commission’ (Mathew 28:16-20). As a result of evangelism, in most countries, the church is outpacing population growth!

We have reason to rejoice! For example, in Guatemala, we are seeing the population turn to Christ so significantly that today they claim that 50 to 60 percent of those living in the capital have become born again believers!

When I was in Guatemala teaching at a pastors conference I asked some of them if there had been an avivamiento (revival) to bring about this wave of successful evangelism. With a look of incredulity on their faces and with genuine sincerity they said: “People told us about Jesus and we told others . . .” Then he stopped and added: “Isn’t that what we want to do?”

As he spoke, tears came to my eyes as I thought about Canada and realized that my mother was right: “Where there is a will there is a way.” I am encouraged as I notice a fresh interest among so many Canadian church leaders towards effective evangelism today.

Like King George VI, who felt unprepared and unqualified for his role – yet, with a sense of calling and duty, became a great leader affecting the future of the United Kingdom – we too can step up to the plate when others abdicate around us.

As individual Christians and churches with a passionate heart for the Lord and his mission we will discover that, with the Holy Spirit’s help, we can see Canada impacted by the good news of the gospel from sea to sea in our time.

David Macfarlane and Derrick Mueller are sharing principles and practices from dynamic congregations across Canada and around the world in their free Billy Graham REconneXion leadership seminars (for pastors and laypeople) around Metro Vancouver this month.