The sinicization of religion in China: will enforcing conformity work? 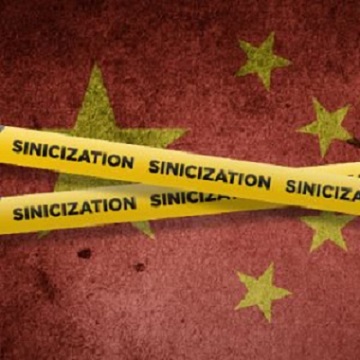 China marked its 70th anniversary October 1. Widespread media coverage examined everything from the staggering display of new weaponry to the massive demonstrations, marred by violence, in Hong Kong.

One article posted by a Christian group, ChinaSource, led with the tremendous advances in China over the past 70 years – often overlooked by China critics and, on the other hand, advanced uncritically by official news sources – before pointing to some of the ‘concerns’ facing the Christian community,

Lausanne Global Analysis posted an article which shows that increased control over religious activities fits in with in with increasing control over all areas of civil society. It is re-posted here by permission.

In the history of the Peoples Republic of China (PRC), President Xi Jinping is the first paramount leader to give prominence to religion in word and deed. In a major speech in 2016, Xi called for the ‘sinicization of religion.’

He noted that, given the rise of religion among the Chinese people, the Chinese Communist Party (CCP) must ‘guide the adaptation of religions to socialist society.’

Ideological, legal and bureaucratic, Xi’s ‘sinicization’ campaign is one part of a pervasive ideological re-education and remoulding campaign that recalls the campaigns of the 1950s and 1960s to anchor Chinese national identity firmly within the ideology and rule of the CCP.

Among religious groups where the primacy of that identity is resisted, ‘sinicization’ has even entailed the imprisonment of vast numbers of Uighur, Kazakh and Hui Muslims as well as intractable Christian leaders. Accordingly, ‘sinicization’ is no mere slogan, but a religious policy to enforce three key priorities of the CCP: 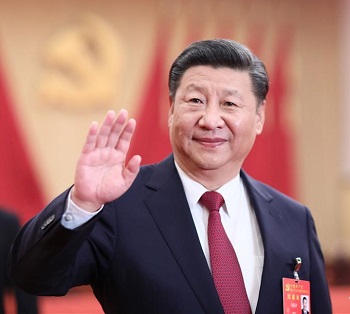 In March 2018, the National People’s Congress and the Chinese Peoples’ Political Consultative Conference (CPPCC) put in place the necessary ideological, legal and bureaucratic structure to enforce ‘sinicization’ of religion. It reduced the plethora of official departments that have multiplied with growth of religious followers and affiliated churches, mosques and temples.

This has effectively swept clean the differing and overlapping bureaucracy that had diffused and diminished the state’s ability to control Christian growth and influence. Under the new religious policy, the old bureaucracies live on, but now in name only, as their powers over churches and church leaders are now firmly in the hands of the UFWD.

With control of all non-party institutions under the UFWD, the state now has a direct conduit speedily to enforce policy and control – or even end any relationship with overseas individuals and organizations they deem a threat to official ideology, security or state control.

This has allowed the UFWD to enforce religious oversight locally so as to cut off national and international connections that had been encouraged through the auspices of the TSPM and CCC. This leaves registered churches controlled locally or at best regionally with little access to international Christian networks. Thus, even as the UFWD now enforces national religious policy, its control will be enforced directly in given localities. Behind Xi’s drive to ‘sinicize’ religion, lies the larger ‘contradiction’ for the CCP in the burgeoning of civil society. After Liberation, the CCP needed the assistance of the educated urban middle classes but did not trust their loyalty. Brutal ideological campaigns were effective, but they increasingly eroded the Chinese economy until in 1978 Deng Xiao Ping unleashed non-Party bourgeoisie, capitalists and intellectuals who had survived Mao’s ‘thought reform’ to revive the economy.

This required the UFWD to accommodate an increasingly independent bourgeoisie. Ever since, legions of entrepreneurs, academics, religious groups, Chinese studying abroad, lawyers and others have formed associations and adopted new belief systems that view CCP ideology as hopelessly hackneyed. As multi-national and Overseas Chinese corporations have poured into China, many Chinese now have foreign bosses and can ignore Party apparatchiks. They move freely both in and out of China on business apart from government oversight and control.

The result has been the emergence of intellectual, religious, business, literary and artistic communities that only grudgingly nod to Party ideology. This has proved both a blessing and a curse to CCP fortunes. The strong economy dampens dissent, but the rise of civil society diminishes and even questions the CCP’s ideological sway. 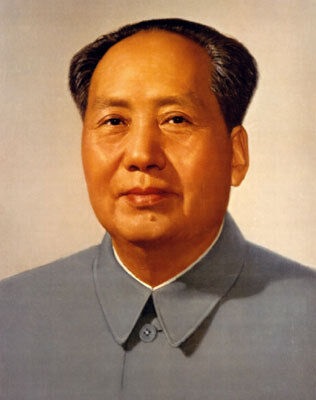 Xi Jinping and the Party seem to echo Mao Zedong fear of the infiltration of ‘hostile foreign forces.’

Mao feared the infiltration of ‘hostile foreign forces’ hidden within non-Party associations and especially churches. The job of the UFWD was to identify ‘enemies,’ eliminate them, and in doing so pressure religious leaders to submit to CCP decree and embrace Party ideology.

With the recent UFWD ascension and Xi’s personal seal on ‘sinicization,’ it now appears that Deng’s period of accommodation has come to an end. Indeed, these changes provide evidence of Xi’s conviction that, if the rule of the Party is to survive, it must instigate radical ideological renewal.

Xi and the Party view the implosion of the Soviet Union as the result of Soviet failure to use the levers of government to champion Marxism and Leninism and subjugate their ideological rivals, many of whom lay hidden in religious vestments.

Thus, for the CCP, the rise of religion, especially Christianity and Islam, represents an existential threat to its political health, and ‘sinicization’ is the necessary remedy.

The seriousness of this move by Xi to rein in religion and civil society is not to be under-estimated. Its impact is already being felt by foreign businesses, intellectuals, artists, religious leaders and their institutions both in and beyond China.[1]

Like the purges and incarceration of suspected political enemies in the 1950s, ‘sinicization’ is now the ideology and policy that drives the mass incarceration of up to two million Muslim Uyghurs, Hui and Kazakhs in Xinjiang re-education camps, as well as the detention and re-education of Chinese Christian pastors. Further, the restoration of the original UFWD is an attempt to restore the CCP’s ideological sway through ‘thought reform’ and the stifling of international religious influence. Thus, as ideology and policy, ‘sinicization’ lies behind recent raids on unregistered churches, the arrest and imprisonment of their pastors and the destruction of churches and crosses in calculated interventions to remind Christians that the CCP will tolerate no ideological rivals.[2]

‘Sinicization’ lies at the heart of pressure upon registered churches openly to express loyalty to the government. Replacements of paintings of Jesus with portraits of a benevolent ‘Uncle Xi’ in churches are a signal that worship of State and Party is now in order. The call for new translations of the Bible and the removal or revision of verses that challenge the ultimate hegemony of the state highlight the lengths to which the Party is going to bring the burgeoning Christian movement in China to heel. 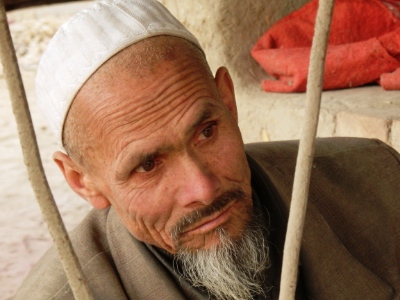 ‘Sinicization,’ as one part of a wide-ranging attempt by the CCP to rein in the growth and influence of civil society, carries huge risks for Xi and the Party. China today is very different from China of the 1950s.

Then, the limitations of print media, an imposed ‘Bamboo Curtain’ permitting only a handful of officials to travel outside China, and the exuberant embrace of CCP ‘Liberation’ by the populace made stifling dissent and enforcing ideological conformity relatively straightforward.

Today, China’s international links, both public and private, are not only vast, but they are necessary for China’s continued economic strength and growth.

Although the mass incarceration of Kazakh and Uyghur Muslims has not raised any serious criticism from Muslim political leaders, as Xi’s One Belt and Road Initiative gains traction, the ‘sinicization’ of Islam could prove a serious bump.

On the other hand, advanced technology makes it easier for the Public Security Bureau to monitor and crush dissent:

In the past, unregistered churches had been able to disappear into the massive urban-scape of China’s cities. With the new technology the ability to ‘hide’ will be greatly diminished – and with it the ability to evade the effects of ‘sinicization’ on church and mission.

Nonetheless, when it comes to suppressing Christianity, technology is a double-edged sword. The churches of China today are not the peasant churches of old. Exponential growth in major urban centres has attracted young, educated and tech-savvy church members who, so far, have made their way in the ever-changing virtual world of the worldwide internet. Both registered and unregistered churches are now connected internationally, and it has been difficult for the government to seal China off from communication through the worldwide web.

Even if the government were able to outpace individuals, it runs the risk that the very attempt to control China’s international connections and communications with the outside world will diminish China’s international influence, economic growth and power that it seeks to export in Asia and throughout the world. Thus, using technology to stop technological engagement may, in the long run, cause the engine that drives China’s economic rise to seize up and fall behind its international competitors.

Indeed, the use of satellite technology alerted Western news organizations to the growing archipelago of Chinese internment / re-education camps in remote areas of Xinjiang. At first the Chinese authorities denied the existence of the camps, only later to argue that they were being used to check terrorism in the region. 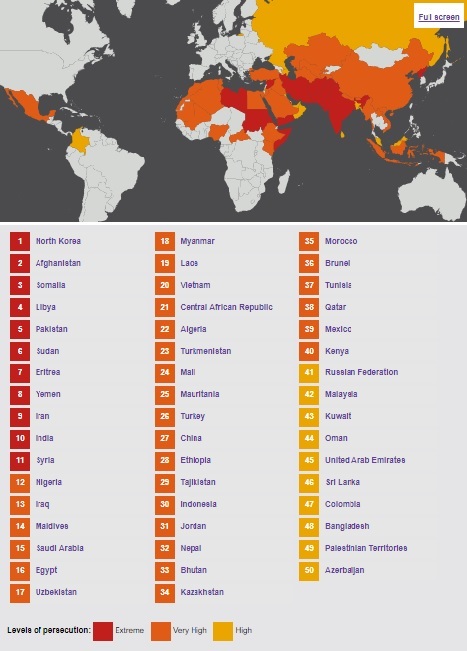 Given the above, the actual effect of ‘sinicization’ could well be to nurture the very religious autonomy that it was designed to crush. Further, given the bureaucratic demise of the TSPM and CCC, it will effectively cut off the very Chinese engagement that has served official propaganda that it guarantees freedom of religion and that its international representatives are authentic representatives of Chinese Christianity.

Instead, international news outlets will turn to reports coming from Christian dissenters who will continue to make the world aware of the ongoing persecution of faithful Christians in China.

Certainly, the current attempt to control religion in China will change the way of life for Chinese Christian churches, but it is unlikely to cut off their continued growth and influence. Given their and civil society’s ability to adapt quickly, it is doubtful that the UFWD attempts at assimilation will do more than compel loyalty of the lips, but not the heart, of the Chinese people. 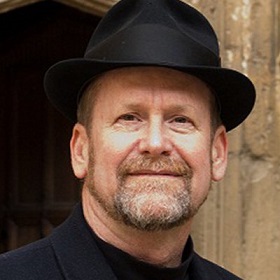 Thomas Harvey is currently Academic Dean of the Oxford Centre for Mission Studies, Oxford UK. From 1997 – 2008 he served as Senior Lecturer of Systematic Theology at Trinity Theological College in Singapore.

This article originally appeared in the September 2019 issue of Lausanne Global Analysis and is published here with permission.

To receive this free bimonthly publication from the Lausanne Movement, subscribe online at www.lausanne.org/analysis.