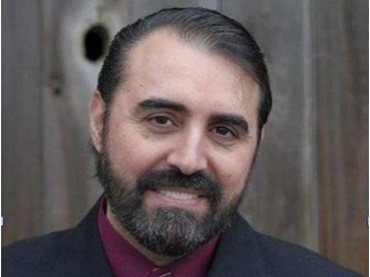 A Tri-Cities church has been rebuffed after offering to help out in the federal election process. Westwood Community Church invited all those running for political office in the Coquitlam-Port Coquitlam and Port Moody-Coquitlam federal ridings to an all-candidates meeting October 10.

That meeting is now unlikely to go ahead because, although candidates from all parties initially agreed to participate, several were later influenced to back out.

Lead pastor Giulio Gabeli blames a “smear campaign” led by a local transgender activist with strong ties to the Green Party, assisted by a biased article in the Tri-City News.

Westwood Community Church decided to hold an all candidates meeting for the benefit of their neighbours and their own church community. 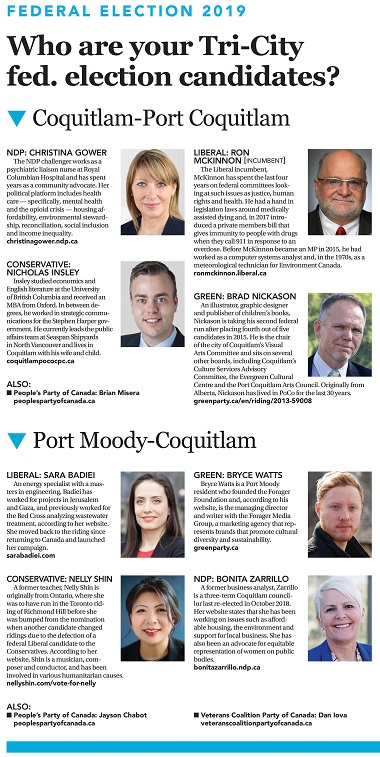 Federal candidates featured in Tri-City News. Liberal, NDP and Green candidates will not take part in the all-candidates meeting. Those running for the Conservatives and PPC have indicated they would still come if it were to go ahead.

Here is how Gabeli described their purposes in an email to candidates:

Our approach will be non-partisan, as the format will allow every candidate the opportunity to share their party platform and positions regarding their economic plan and address the relevant issues affecting Canadians in general. . . .

Our church congregation is comprised of hundreds of law-abiding citizens from over 53 ethnic backgrounds and many of them are also new Canadian citizens voting for the first time. Our desire is to allow them an opportunity to experience our democracy at its best.

As Christians we are committed to love and receive anyone who comes through our doors looking for spiritual answers and help without discriminating against anyone; as these are the values of the Bible.

Gabeli says Westwood sent out invitations to candidates in early September, and received positive responses from all the Coquitlam-Port Coquitlam candidates.

The situation in Port Moody-Coquitlam was complicated by the fact that the Burquitlam Community Association had planned a similar event for the same evening. (A September 25 Tri-City News article reports that the event has been cancelled because “organizers couldn’t come up with the money for liability insurance demanded by School District 43 policy.”)

She cited three sins in particular:

* Gabeli signed the West Coast Christian Accord, “which denounces homosexuality and transgender identity” 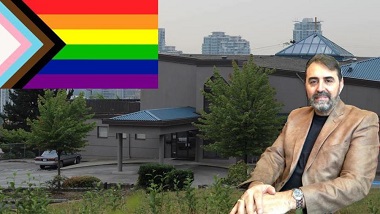 Spurling tagged local federal election candidates, urging them to refuse to accept the church’s invitation and to denounce it as well:

We’re in the middle of a federal election campaign, and Westwood Community Church is organizing an all-candidates meeting. I hope all candidates that have been invited will denounce the views of Pastor Gabeli, I hope they’ll condemn the Culture Guard event, and I hope they will decline the invitation to participate in this all-candidates meeting. There is no place for bigotry and discrimination in Coquitlam.

In a September 14 email to candidates, Gabeli reiterated the church’s commitment to a non-partisan all-candidates meeting, and stated: 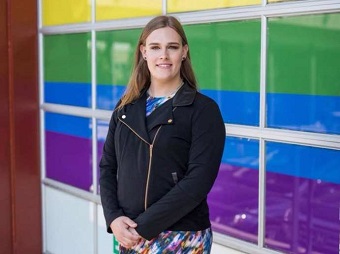 Now to a very serious matter at hand, sadly it has come to our attention that we have been targeted by an LGBTQ+2 activist on social media that is seeking to smear us personally and our Faith Community as racist and promoters of hate speech and quite frankly, we are very upset at this outrageous claim.

We declare to you unapologetically that this accusation is False, Misleading and a Lie. In fact, it is a blatant attack on our integrity as a Faith Community. We are very disappointed that this activist is allowed to spew out this kind of language trying to sabotage this meeting designed to inform our faith community of the political issues in this election. . . .

We trust that you will in all good conscience, not buy into this rhetoric that demonizes Canadians that embrace Biblical values who are committed to uphold the Canadian Charter of Rights and Freedoms for everyone regardless of their Gender, Ethnicity, Religion or Sexual Orientation.

For the sake of clarity, we represent over 450 local members who are connected to many more families and friends; as well under my personal leadership and network, we represent thousands of Canadians in the Faith Community.

Gabeli’s appeal fell on deaf ears; within a couple of days the majority of candidates had backed out. 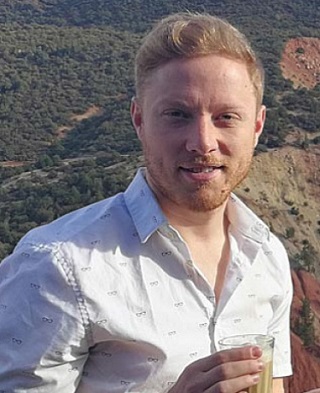 Bryce Watts is running for the Green Party in the federal election.

Bryce Watts, the Green Party candidate in Port Moody-Coquitlam, emailed Gabeli September 17 to explain why he would not attend the meeting, taking more or less the same approach as Spurling.

He posted a Facebook statement the same day which included these words:

Over the past few days, I have seen more and more on Westwood Community Church and some of its parishioners. As a proud gay man, I originally hoped to attend and take the opportunity to speak with those that have different views than my own.

I am a firm believer that to understand one another we must be open to speaking together as equals. I now see that the sway of divisive rhetoric and contempt that has come through social media will not allow a constructive conversation of equals. Because of this, I have decided that to give voice to such people gives voice to those that seek to say some are more worthy than others.

The all-candidates meeting is a non-partisan meeting set in the context of a peaceful assembly designed to allow every candidate the opportunity to share their party platform and their vision for Canadians regardless of their Gender, Ethnicity, Religion and Sexual Orientation.

This will be followed by allowing questions from the floor, that will give people an opportunity to hear every candidate’s perspectives and their solutions to the many challenges facing Canadians today, whether it be affordable housing, immigration, pipelines and the list goes on. This would allow every attendee the opportunity to choose and vote intelligently on election day.

However, It saddens me deeply that you have by implication indicted our Faith Community as being intolerant, condemning, condescending, exclusive, unforgiving and refusing to respect others.

If you would choose to come you would find a people who would welcome you warmly addressing you with dignity and respect; You would be treated with honour regardless of your political position and views. After all, this meeting would be a wonderful display of our democracy at its best. . . .

The same acceptance that the LGBTQ+2 Community wants for their values and views must also be reciprocal towards the Faith Community which sadly, based on what we just witnessed from this activist and others lambasting and smearing us, is clearly not evident.

If you cannot accept that as someone that is running for a public office and you still refuse to come, I then must say to you unapologetically, “You have lost the moral authority to represent all Canadians in an unbiased way in the Tri-Cities.”

Gabeli says he has renewed his invitation to all the candidates and will wait until the end of the week to decide whether or not to proceed with the all-candidates meeting.

The Conservative and PPC candidates are still willing to take part, but Gabeli says the event would not have the requisite breadth if the other parties are not.

The issue is important in itself, but the media coverage is also interesting.

Last week, Nicola Spurling . . . was tipped off to the church’s association with a network of right-wing activists who support upending homosexual and transgender rights in the name of traditional Canadian values.

In a letter to the editor the next day, Surrey pastor Kevin Cavanaugh said

I am writing to let you know that I and many others are deeply concerned and disappointed in the very biased and inaccurate attack that The Tri-City News has made on a wonderful church. A church that for many years has done nothing but show full-on, full-out support in a multitude of ways to the entire community of Coquitlam. . . .

As a fellow leader in the region, who just last night hosted his third all-candidates meeting [at Cedar Grove Church], I am calling for you to issue a full public apology to him and his church.

Go here for the full letter. Gabeli says he has heard from many people who have sent similar responses to the paper.

Gabeli was quite impressed by the even-handedness of the Sun articles. Speaking at the Courageous Christianity Conference September 21, he was critical of the Tri-City News coverage, encouraging those in the area to register their discontent. On the other hand, he urged them to read the Sun article and let the publishers know they appreciate the lack of bias.

The second article recapped the situation, including some of the critiques of Westwood, but also allowed him to re-extend the church’s welcome:

Gabeli insisted to Postmedia on Friday that he is not anti-LGBTQ+ and said that he has written to the candidates asking them to reconsider.

He said the plan was to bring all the candidates together in a forum to share their platforms and then answer questions. Many members of the congregation are new to Canada, he said, adding he hoped they would get to hear from all the candidates.

“I am deeply saddened that this is happening. We have been painted in a negative light, and by association the whole faith community.”

Go here and here for the full articles.

Michael Brown, keynote speaker for the Courageous Christianity Conference, said, referring in part to Gabeli’s brief presentation about how he and his church have been treated during the lead-up to the federal election:

I’m so burdened by what is happening in Canada, but so encouraged by what I’ve seen already. But we must remember that this is a spiritual issue, not a political issue. None of us have asked for this . . . being called bigots, homophobes, transphobes, etc when we are standing up for godliness. . . . Reach out to people with compassion, resist the agenda with courage.

← Cracks in the concrete: church planting in Vancouver’s core (part 2)
The sinicization of religion in China: will enforcing conformity work? →