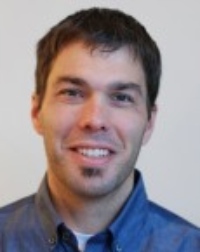 There is a tree in my neighbourhood that some believe is sacred. To me, it looks like every other tree in the park. But to some of my neighbours, the tree has become an object of power that they turn to for the sake of drawing some kind of positive energy.

On my morning runs, I often see two or three people at a time reverently walking in circles around the tree. They bow down at various interludes and engage in their ritual with a solemn silence. And it is not just a small minority. A perfect dirt circle has been worn into the grass because of the frequency of this morning ritual.

For my neighbors, the material world is punctuated by high and low places, emanating unseen but – to them anyway – real spiritual forces.

As one born, raised, and educated in North America, I have no understanding of what these neighbours are doing. I have trouble imagining how a tree – or any physical reality – might be more than it appears.

Living in a ‘disenchanted world‘

For I live in what philosopher Charles Taylor has called “a secular age.” I have been thoroughly shaped by a fusion of the secular Enlightenment as it has influenced evangelical theology. I naturally operate within a ‘disenchanted world’ that makes a firm distinction between God and God’s creation.

Sometimes, this leads to what Craig Gay has called “practical atheism.” It has not always been this way. While our ancient forefathers and foremothers in the faith would not have worshipped the tree, they would have experienced and understood all of creation as existing with, because of, and in God in some way. They would echo what the apostle Paul says in Acts 17 that God is the one in whom “we live and move and have our being.”

We exist only in relation to God as we are sustained by his Spirit. This does not lead to tree worship, but it does lead to a different kind of understanding of material reality.

I don’t want to be a practical atheist. I’m going to assume that you don’t want to either. I’m also certain that a tree – no matter how majestic – is not worthy of worship. And so we modern/post-modern evangelicals are continually beset with a crucial theological problem: how do we understand the presence and power of God in the world? We rightly reject tree-worship or some form of pantheism, and yet we must acknowledge that our theology too often succumbs to a disenchanted world.

How do we steer between pantheism and practical atheism? The missio Dei emerges in the history of theology as a kind of response to this problem. In fact, I think that our turn to missional theology just might help us to reclaim a view of a world that is ‘enchanted’ by the creative and creator Spirit.

Mission in light of the trinity

For our renewed understanding of mission in relationship to the being and vocation of the church comes from a renewal of trinitarian theology. And it is trinity that helps us to see and experience God as both present with us while remaining wholly and holy other from his creation.

The word missio is Latin for ‘sent.’ Originally, this word was used in the theological tradition to understand the inner relationship of Father, Son and Spirit apart from the world (what is called the ‘immanent trinity’). Medieval scholastic theologians described the interior life of God in terms of the order of procession: the Father sends the Son; Father and Son send the Spirit into the world.

The term missio helped earlier Christians to understand the way in which a Holy God could be present in an unholy world. In the same way that a source of light floods a room without itself being compromised, missio helps the church to see the Father as the sending one who floods the earth with his Son and Spirit. A firm distinction is maintained between God and world.

But with the Enlightenment, the distinction between God and world grew more firm and fixed. Modern medicine and science seemed to describe physical reality in a way that no longer required God’s ongoing care and presence.

In such an environment, the doctrine of the trinity – which helps to explain God’s presence and otherness (immanence and transcendence) was relegated to the back pages of theology texts. This was largely the practice until the middle of the 20th century, when the devastation of two world wars left us considering the limits of our more distant view of God.

In the 1950s, the term missio suddenly began to be used again. This time it described more than the interior life of God, by also accounting for the way in which God – through his Son and in his Spirit – creates, sustains and renews the world. With the term missio Dei, scholars, pastors and missionaries began to recognize that the sending of the Son and Spirit by the Father includes yet another sending: that of the church.

We usually draw out two important implications that follow from linking God’s trinitarian mission and the church.

First, it understands the church as a participant in God’s work rather than a solitary actor. In a disenchanted world, the ministries and mission activities of the church can be imagined as a kind of extension of God’s work and care where God gives us certain tasks and then withdraws to let us finish the work.

We still see this assumption operating when we find ourselves surprised by the ‘miracle’ of God’s ‘intervention’ when a struggling church program suddenly receives an infusion of hope or success. Old habits die hard. We do sometimes find ourselves thinking that God’s action in the ordinary course of things is somehow an intervention rather than a requirement for anything to happen at all. But a turn toward the triune missio Dei encapsulates the very existence of the church between the prior and promised fulfillment of God’s work.

Second, it understands the calling of the church in relationship to the world rather than itself. Again, in a disenchanted world we are tempted to view church ‘ends’ and goals in a pragmatic fashion. We believe God has given us good things to do, and so we find the right technique to help us grow our ministry and expand our influence.

Our concern for ‘bucks in the offering, bums in the pew, and bricks/buildings’ is the residue of this kind of pragmatism. But if the church exists because of and within the missio Dei, then the purpose of the church is to live for the world that God so loves. As many others have said before me – the church is the only social body that exists for the sake of those who are not yet members.

For this article, though, I want to draw out one more implication of trinity that reframes our disenchanted world by understanding life in God. Broadly speaking, missio describes not only a function of Father, Son and Spirit but also the being of God as social, or as existing in relation.

We can see this most clearly when we think about the history of God’s mission. At Jesus’ baptism, we see Father, Son and Spirit all together, with each person affirming and being affirmed by the other.

Jesus the Son is baptized in affirmation of the vocation the Father has given him (‘to fulfill all righteousness’) while God the Father affirms his pleasure in the Son and the Spirit rests upon Jesus. Here, we do not see only a functional sending, but rather the give-and-take, the mutuality of relationship. It is a picture of what the scriptures mean when they say that God is love.

The cross and resurrection display this even better. We often only think about the cross as a singular event in the life of Jesus the Son. But to do this would miss it as an event that has significance for the Father as well. With the cry of dereliction – “My God, my God, why have you forsaken me” – we catch a glimpse of the trinitarian significance of this event.

For here the pain, loss, and godforsakenness of the world enters the life of God as the Son suffers death and sin. The resurrection, of course, is the other side of this event. The Father in the Spirit claims Jesus as his Son – and, as a consequence – receives all those identified with the Son.

As we follow the trinitarian shape of the missio Dei, particularly in the cross of Jesus Christ, we understand that God both engages the world by sending his Son and receives or responds to the world in its sin, suffering and death: ‘the earth is the Lord’s and everything in it.’ God is the one in whom ‘we live and move and have our being.’

The trinitarian missio Dei shows us that the life of God is love, and this love envelops and includes even the darkest of places in God’s creation; places that God now sends and meets us as his church.

Missional living in a secular age

So what does this mean for our present tendency to imagine a disenchanted world? Without this last trinitarian framework, we might still imagine the world as somehow detached from the life of God, or as the mission of the church in only pragmatic terms.

But the cross and resurrection of Jesus shows us otherwise and it leads us to live in a world punctuated by the presence and power of God where the reconciling work of God includes the church.

Why missional? Because without it we struggle to see our lives and our world as properly related to and in God. The triune missio Dei challenges our modern flirtation with practical atheism while also drawing us out into the world so loved and indwelled by Father, Son and Spirit. Missional helps us to live and think faithfully in this, our secular age.

Scott Hagley (PhD, Luther Seminary) is the director of education for Forge Canada and a teaching pastor at Southside Community Church. He lives in Burnaby.

This comment is the third of three from Missional Voice Newsletter, published by Forge Canada.