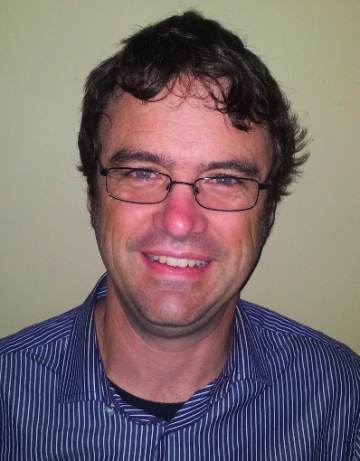 Mark Glanville is a pastor at Grandview Calvary Baptist Church and is completing a PhD on Old Testament ethics.

At the polling booth this election Christ-followers can be guided by the biblical story, which unfolds Christ’s restoring purposes for the world. Christians are not directionless when it comes to politics, for we have a script to orientate us. Scripture narrates the true story of the world. It even discloses the destination of the story. I will offer six trajectories from the biblical story that may guide us as we come to the polls.

But of course, skepticism is rampant about the integrity of politicians and about the point of participating in politics. Comedian Will Rogers said once, “I don’t make jokes. I just watch the government and report the facts!”

Making light of an overwhelming situation is understandable – yet skepticism can’t be our only response. The biblical story is, in part, a story of how humanity is supposed to function in community and that has implications for politics. Therefore, thoughtful voting is a part of our Christian vocation.

“Decisions are made by those who show up,” someone once said. When Christ-followers are engaged politically, involving ourselves in the world and creating justice, we honour the global authority of Jesus Christ. We show that the biblical story is not a matter of private faith, but that it is the history of the world. We could even say that voting is an act of faith – we vote in faith and we vote out of our faith.

So much in scripture is relevant to this discussion, but for the purposes of this short article, let’s focus on six trajectories from the book of Deuteronomy. Deuteronomy has been called a “national charter” for ancient Israel – it set the agenda for their nation.

Some background: Deuteronomy called ancient Israel to live as kin with one another (Deut 15:2, 7, for example). People were to treat each another as family. So everyone was to be given the opportunity to flourish, especially the slave, the widow, the refugee and the orphan. All of these were to be kin.

Christ-followers are called to discern: which policies are calling our community to care for one another as family? Whose political talk is calling us to count a cost for others?

A couple of initial thoughts for reflection: Our culture is post-Christian, and Canadian politics is post-Christian. So we are not seeking a “Christian” figurehead for our “Christian” nation. Voting should be steered by policy that honours Christ rather than by a person’s claim to Christian affiliation.

Also, voting out of the biblical story shifts one’s politics beyond party lines. These six trajectories blur the distinction between “left” and “right.” “We all realize how difficult it is to be a Christian in the west. We all realize that present forms of Christian witness are not quite working” (Wilson-Hartgrove). We can move beyond party-political allegiance to seek policy that reflects Christ’s purposes for his world.

I begin here as climate change, in light of its irreversibility, is arguably the pressing issue facing this generation. We did not start it, but we are now responsible for it. Wendel Berry writes that “we are . . . required to honour in all things the relation between the world and its Maker.”

Scripture challenges the “post-care” economies of the west, which engage in the highest possible production and consumption and clean up the mess afterwards (Goheen and Bartholomew). In Deuteronomy, the land and its abundance are a gift from Yahweh to his people. So the creation is sacred (Deut 16:13-15).

Second, protection for the most vulnerable

Scripture always places the “weakest” at the centre. Jesus had the reputation of eating with tax collectors, prostitutes and sinners (Luke 15:1-2). Deuteronomy demands: “There shall be no poor among you” (Deut 15:4). The blessings of the land and its produce belonged to everyone, especially the most vulnerable (Deut 14:29). This was not the job of only the temple or individuals; the sharing of wealth happened at all levels.

God does not desire a “successful” or a “prosperous” nation so much as a nation that lives well together, as sisters and brothers, as kin. Examine each political party’s track record in helping the most vulnerable.

If human vulnerability requires our compassion, then vulnerability at the beginning of life and the end of life is also important. Abortion and assisted death should concern us.

Deuteronomy enshrines the sanctity of human life (Deut 5:17). And Deuteronomy critiques the individualism of western culture – we should shoulder inconvenience and even suffering for the sake of the life of another (Deut 14:28-29; 15:2,12).

Is there a political party that has movement on these issues?

Scripture’s egalitarian ethic supports open legislative processes that includes plenty of dialogue and fair voting procedures. Deuteronomy was remarkably democratic in its ancient context. The king was greatly constrained (Deut 17:14-20). And the judiciary was to be selected by the whole people (Deut 16:18).

While our contemporary democracy is of course different in many ways from ancient Israel, the biblical trajectory of fairness, participation and restraint for those with the most power is still relevant.

Many would claim that only secularism makes room for every person. “Religion” is thought to be narrow and exclusionary. However, hand-in-glove with secularism is an increasing tendency in western countries to restrain the ability of “religious” communities to practice their beliefs. In practice in the west, secularism is the most exclusionary system of all.

Importantly, as Christians, we must remember that people of other faiths experience this same exclusion. Christ-followers should be alert to this deepening trend. Deuteronomy demonstrates hospitality to those who practice other faiths (14:21), even as it calls God’s people to devotion to Yahweh.

Compare candidates to these standards.

Sixth, responsibility for the flourishing of all

This flourishing should involve every human being, not only Canadian citizens.

This is the strongest possible language for including displaced people within a community.

Voting: participating in the kingdom of God

Voting in elections is an important part of our participation in the kingdom of God – it takes seriously our role as stewards of creation and members of the community of human beings.

As you consider who to vote for in the upcoming election, resist the urge to vote only as a party member (though being a party member is also a wonderful way to participate) or for the party that will most serve your own prosperity.

Instead ask questions of your candidates and their parties to unearth the action they are willing to take on a full range of issues – relating to political community, creation, the vulnerable and the stranger both within and without our gates.

Vote on behalf of one another; vote in hope and in faith.

Mark Glanville works as a pastor at Grandview Calvary Baptist Church in east Vancouver. He is completing a PhD on Old Testament ethics. This comment is re-posted by permission from his blog. You can reach him by email: markrglanville@gmail.com.