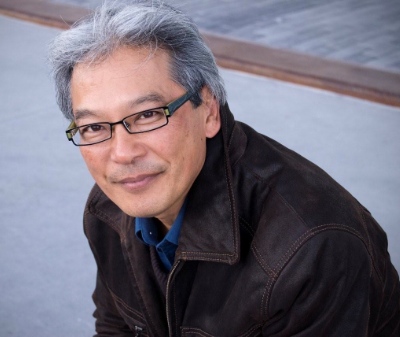 Paul Kariya’s devotion to the environment developed naturally, growing up as the son of a salmon fisherman on the west coast of Vancouver Island.

In other words, when he addresses the issue Clean Energy Makes Good Sense for BC this Friday morning (April 11) as a breakfast speaker for City in Focus, he will be worth listening to.

In a recent blog post on the Clean Energy BC site, Paul urged his constituency to do a better job in telling the public and politicians about the true state of clean energy in this province. One portion of his statement:

“It’s too easy to chant: ‘If only Site C were off the table. . . . If only Hydro would understand our numbers. . . . If only the decision makers could fully grasp our potential. . . . If only. . . .’ Changes in our market, the political sphere and competition force all of us – you as companies and us at CEBC – to clarify our values, develop new strategies and learn different ways of operating. The old ways aren’t working any more.”

Paul brings a faith perspective to these issues as well; he serves on the board of A Rocha, an international Christian environmental organization, and teaches at Trinity Western University.

(The one thing Paul does not do is play hockey at a professional level – but he is a cousin of the retired NHL star winger.) 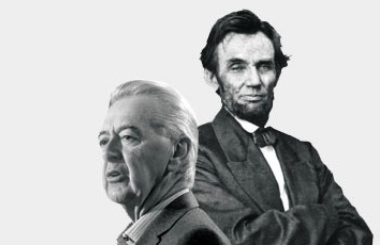 Regent College’s Marketplace Institute is inviting the public to spend Friday evening (April 11) with Preston Manning, who will “curate a series of clips from the film Lincoln, designed to help us learn leadership lessons from this political icon. Preston will then lead a discussion time as we interact both with the film and with his own experience of political leadership.”
Manning is founder of the Manning Centre for Building Democracy and former Leader of the Official Opposition in the Canadian Parliament.
A lengthy and insightful article by Shannon Gormley in The Vancouver Sun looked at the way his dual commitments to conservative values and democracy have played out over the past few years:
“Manning has devoted considerable resources to democratic training and has helped develop three political education programs in as many years. While one of those programs – a program affiliated with Manning’s nonprofit Manning Centre for Building Democracy – is openly conservative, he’s careful to point out that the other two are ‘cross-partisan.’

“Which invites the question: why is he helping the other team? Manning said he doesn’t only want Conservatives to win, he wants a good game. ‘The democratic process would work better for everybody if we could all perform better, no matter what party you’re from,’ he said. ‘Overall, I’d like to see the knowledge and skill level of all the participants in the democratic process increased. That’s partially the answer to the democracy deficit.’

“Even Manning’s critics acknowledge he’s committed to democratic principles, not just conservative ones.” 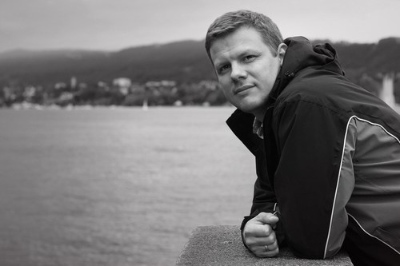 It’s not every day that the Georgia Straight publishes a Christian testimony, but their write-up on Ēriks Ešenvalds’ Passion and Resurrection (at the Chan Centre this Saturday, April 12) includes a brief but intriguing account of his journey to faith:

“Appropriately enough for the Easter season, Ēriks Ešenvalds’ Passion and Resurrection tells the story of how Jesus Christ was betrayed by a friend, tortured to death, and then reportedly came back to life. . . . The subtext of Ešenvalds’ piece, though, has as much to do with the Latvian composer’s own life as with the biblical Passion.

“It’s not that Ešenvalds is in any way comparing himself to the son of the god that he accepted into his heart at the tender age of 14. But both he and his country experienced their own resurrection during the 1980s, when he was a teenager and Latvia was emerging from under the domination of its neighbour, Russia.

“’I grew up in an ordinary Soviet family: my mom was a teacher, and my dad was a driver on an ambulance,’ Ešenvalds explains in thickly accented English from Portland, where he’s working with the Oregon Repertory Singers. ‘So no place for God, no place for church at all.’

“Then came what he calls ‘the awakening”.’ As in the other Baltic countries, Latvia’s long-dormant religious institutions were quick to fill the leadership gap left by the collapse of the Communist party. And although going to Sunday school was at first primarily a social experiment for the young composer, his musical gifts were quickly appreciated. By 14, he was playing piano and writing songs for his Baptist church’s choir, which was quickly followed by a true conversion experience.

“I experienced God touching my life,” he says. “That was a very important time for me. My parents had divorced when I was a small child, and in my teenage years I had a lot of very philosophical questions about life. And I’m so glad that I didn’t turn toward, like, drugs or smoking or alcohol. I found something much better: I found God and church and the power of prayer, and since that day I have been happy to experience God in my life.”

Promotional materials for the concert have this to say about the man and his work: “Rising young choral star Ēriks Ešenvalds’ Passion and Resurrection is a fiery, sumptuous and ecstatic setting of the Passion for choir and string orchestra with soprano soloist. In this work, Ešenvalds has combined texts from Byzantine traditions as well as the Old and New Testament and has created one of the most powerful and immediate choral works ever written.”

And the production: “Two of Canada’s top choirs, Chor Leoni and Elektra Women’s Choir, come together to present a program of powerful choral masterpieces from the past decade that view the traditional Passion story through a modern lens. David Lang’s Pulitzer Prize-winning The Little Match Girl Passion draws its text and inspiration from the unlikely pairing of Hans Christian Andersen’s tale of The Little Match Girl and J.S. Bach’s St. Matthew Passion. In this emotionally charged work, the pain and longing of a homeless girl is transfigured into a human Passion story for our own time and place.”

← March 31 – April 6: Via Crucis, The City Harmonic, Awards of Excellence . . .
Surrey’s Central City home to a great diversity of churches →