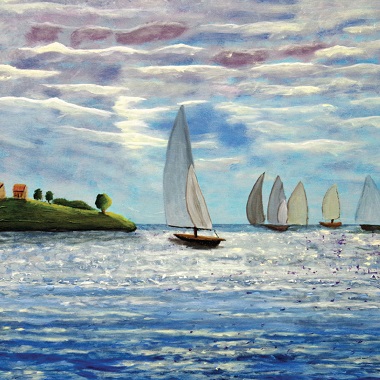 The Colour Collective presents ‘The View from Here’ at Lookout Gallery.

The Colour Collective is a group of artists overcoming disabilities through their artwork. In The View from Here, at Lookout Gallery, the artists “use landscape paintings to define and understand their world.”

Painting instructor for the Colour Collective Deidre Blackmore says this about their work:

It has been said that the Canadian spirit is rooted in the land, in the wild beauty of our country. That our reverence for the works of Emily Carr and the Group of Seven, is born from our attachment to place and nature. For those in our society, who have not historically been included, because of attitudes toward those labelled as “disabled,” that reverence for the landscape painting can have a deeper meaning. For some, the landscape is a symbol of “being separate from” or a yearning for community and inclusion, while for others it brings a memory of deep roots and attachment to their place and time.

The View from Here runs until July 28 in Lookout Gallery, at Regent College. 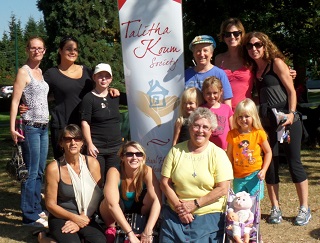 Talitha Koum Society works with women who have a history of addiction.

Coquitlam City Council voted unanimously last month to grant Talitha Koum Society $600,000 to help buy a new house in order to further its work with women who have a history of addictions.

“I am pleased that the two, the Housing Reserve Fund and Talitha Koum, have found each other,” said Coquitlam mayor Richard Stewart.

It’s the first time money has come out of the new fund. According to Stewart, Talitha Koum was a deserving applicant. “We do know that there is a need for this kind of service.”

There are existing programs for women fleeing domestic abuse or with economic needs, but Talitha Koum fills a special niche. It’s the only program in Coquitlam he knows of that allows women to live in a transition house with their children while they work themselves free of drug or alcohol addictions.

“This is a group that provides an enormous service to the community, but has traditionally done it on a shoe string and without municipal partnership,” he said.

This will be the society’s second house; a donor gave them a house in Vancouver two years ago. Talitha Koum describes itself as nondenominational, though it is clearly well connected with the Roman Catholic Archdiocese of Vancouver.

Talitha Koum, according to the society, “are words spoken by Jesus meaning, ‘Little girl, I say to you arise.’ This characterizes our primary mission of resurrecting the lives of marginalized women wanting to overcome their addiction(s) and rebuild their broken lives.”

(Speaking of Agnieszka Krawczynski and The B.C. Catholic, I should also thank them for their June 28 story: Protestors decry local police department’s inaction. They covered a demonstration on the front steps of Vancouver City Hall June 14. Protestors held signs with slogans like “No Paid Rape,” asking that Bill C-36 – which made paying for sex illegal in Canada in December, 2014 – actually be enforced in Vancouver. As far as I can tell, the general media ignored the demonstration entirely.)

TWU on to Supreme Court

Trinity Western University will likely appeal the Ontario Court of Appeal decision to the Supreme Court of Canada.

“Equal access to law school beats religious freedom, court rules.” So read the headline in the June 29 Daily Xtra (which covers news important to gays and lesbians) – and that interpretation of the Ontario Court of Appeal’s decision was widely shared.

Following is the release from the Trinity Western University (TWU) site the same day:

Trinity Western University is disappointed with today’s ruling from the Ontario Court of Appeal. Although the court found that TWU’s freedom of religion rights were breached, it upheld the Ontario Divisional Court’s decision to allow the Law Society of Upper Canada to deny approval to graduates of TWU’s proposed School of Law. The university will take the Ontario decision to the Supreme Court of Canada.

“The court correctly found an infringement of TWU’s rights,” said Earl Phillips, the executive director of TWU’s proposed School of Law. “However, we are most disappointed that the court found the infringement to be justifiable. That finding is a serious limitation to freedom of conscience and religion under the Charter of Rights and Freedoms.”

“This isn’t just a loss for TWU,” says Amy Robertson, a university spokesperson. “This is a loss for all Canadians. Freedom of conscience and religion is the first of the fundamental freedoms mentioned in the Charter. It is deeply compromised by this decision, and everyone in Canada, religious or not, should be concerned. Canada is a diverse, pluralistic society, committed to living peacefully together even when we disagree. Many countries don’t enjoy this privilege.”

The Law Society of Upper Canada refused to recognize graduates of TWU’s proposed School of Law after a vote in 2014. TWU took the law society to court, and in July 2015, a three-justice panel of the Ontario Divisional Court ruled against TWU even after finding that the university’s right to freedom of religion had been breached. TWU appealed, and the decision was presented today.

“Our teachers, nurses and business graduates in particular are sought after for their compassion, integrity, training, and skill,” said Phillips. “After we make our case in Canada’s Supreme Court, I look forward to seeing the difference that graduates of TWU’s School of Law will make.”

The Law Society of Upper Canada challenged TWU’s Community Covenant, which asks students to live according to Christian values, including integrity, honesty and care. It also asks students to abstain from sexual intimacy outside of marriage, which it defines as between a man and a woman.

“The Community Covenant is a core part of defining the TWU community as distinctly Christian,” said Robertson. “We are not making a statement about LGBTQ people; we are making a statement about traditional Christian marriage, which is sacred to us. The same covenant calls for all members of the TWU community to respect the dignity of others regardless of their background. Loving one another without exception is one of the most important principles of the Christian faith.”

All students, including LGBTQ students, are welcome to attend the university and be open about their identities. “Based on my conversations with others in the TWU community, I know that LGBTQ students attend TWU, and they find it a safe, welcoming place to be,” says Robertson. 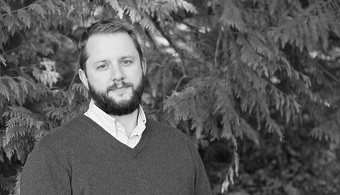 In a political/institutional sense, Vancouver is part of Canada – but we are also part of Cascadia, a cultural/spiritual bioregion which stretches along the west coast from Oregon to British Columbia.

Vancouver Sun columnist Doug Todd has literally written the book on it (Cascadia: The Elusive Utopia), and for the past couple of years, Christ & Cascadia Journal has directed the attention of Christians in Portland, Seattle, Vancouver and beyond to our unique challenges of faith and place.

Anyone wanting to get a taste of Todd’s work or that of Christ & Cascadia will have the perfect opportunity July 7 at Grandview Calvary Baptist Church.

The Gospel in Vancouver: Christ & Cascadia will start with a brief lecture from Matthew Kaemingk, editor-in-chief of Christ & Cascadia and director of the Fuller Institute for Theology and Northwest Culture (which publishes the journal). 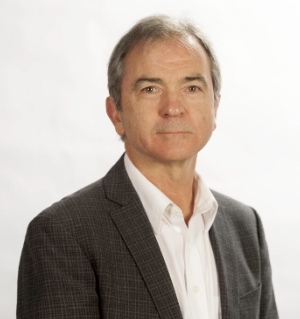 Douglas Todd will be part of the panel.

Following is a portion of Christ & Cascadia’s Mission & Vision statement:

Unchurched. Secular. Pagan. Godless. Those are a few of the words you’re apt to hear any time the topic of Christianity in Cascadia (Oregon, Washington, and British Columbia) comes up. Many have labeled the region a lost cause, a bastion of non-Christian values.

Where some see challenges, we see opportunities. We also see churches, ministries, and individual Christians living and communicating the gospel in fresh, authentic ways. The residents of Cascadia are deeply spiritual and we believe God is still active in this beautiful area.

We want to be part of it. Our role: to make sure the innovative expressions of Christian faith in Cascadia don’t stay a secret.