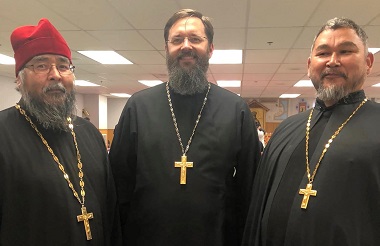 A couple of weeks ago, I boarded a plane to Alaska for a meeting of the Lausanne-Orthodox Initiative, not fully knowing what to expect.

Does that name ring a bell? Christians in Vancouver may be familiar with the Lausanne Movement, founded in the 1970s by luminaries Billy Graham and John Stott, to promote world mission. Since then, the movement has grown, inspiring leaders – particularly in the global South – to carry out Christ’s Great Commandment of making disciples of all nations.

But what does this have to do with the Orthodox Church, and why did we find ourselves in Alaska, of all places? And what relevance does this have for the Church in and for Vancouver?

At the Third Lausanne Congress held in Cape Town, South Africa, in 2010, among the thousands of attendees was His Eminence, Archbishop Angaelos, leader of the Coptic Orthodox Church in London, UK. He also happens to be President of the British Bible Society. He has a reputation as an encourager of Christian youth, and was inspired by what he witnessed at the Lausanne Congress.

Something bewildered him, though. One of the keynote speakers kept referring to traditionally Orthodox Christian majority countries in Eastern Europe and the Middle East as “unreached people groups,” that is to say, groups “unreached” by the Gospel of Jesus Christ.

Archbishop Angaelos was born and raised in Egypt – in the Church of the martyrs. He was brought up and served in a Church that has suffered greatly, but is not destroyed. In fact, his own Coptic Orthodox Church in Britain was brimming with spiritual vitality.

This label of being “unreached” did not sit well, and didn’t even make any real sense. The Coptic Orthodox Church had received the Good News of Jesus Christ from the Lord’s own apostles, and had been living out that faith since then.

Instead of simply becoming offended, however, Archbishop Angaelos was moved with courage and love. He didn’t walk out of the Lausanne Congress – he reached out. Coming alongside the leadership, he let them know that it was clear that Orthodox and evangelical believers needed to get to know each other better, to deepen their understanding of each other’s alive and active faith.

From this moment, the Lausanne-Orthodox Initiative was born. In no way was there any intention to diminish the honest theological differences of the traditions, but rather to foster spiritual friendship through mutual study of scripture, and praying for each other.

One stated goal of the Lausanne-Orthodox Initiative brings us to the Alaskan experience, from which I gleaned some things that may help us in our own context in Greater Vancouver: “to reflect constructively on the history of relationships between Orthodox and evangelicals, and encouraging reconciliation and healing where wounds exist.”

Three historical points of reference are needed here. They expose some contextual realities between us here in the Lower Mainland of BC and our Alaskan coastal neighbours to the north. 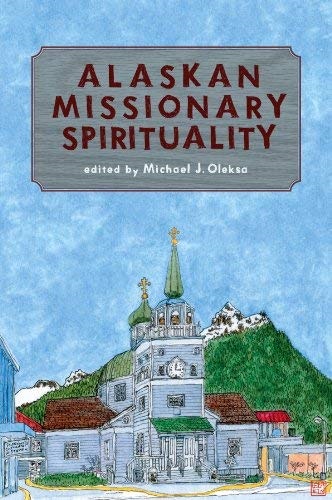 The first Christian mission to bring the Gospel to Alaska, in the late 18th century, has numerous characteristics that set it apart from almost all other examples in the history of world missions.

From the time of the Valaam mission in 1794, the Orthodox Church in Alaska has been more or less fully Indigenous – among both the faithful and the clergy. One of St. Juvenaly’s companions was an Indigenous leader, whose name has been lost to history. Fr. Yacov Netsvetov, the first Aleut priest, was a renowned evangelist and pastor.

To this day, despite the tragic history of the 19th and 20th centuries in Alaska – when the organic link to their completely Indigenous Christian faith was threatened by the U.S. colonial policies of assimilation and forced ‘Protestantization’ – the Orthodox faithful are still primarily composed of the Indigenous people of Alaska.

On Sunday October 2, I had the blessing to serve with His Grace, Bishop Alexei and local clergy at St. Innocent Cathedral in Anchorage. Twelve priests served with him; nine were Indigenous Yupik priests. This is the norm in Alaska.

I had the experience, as I have elsewhere in the world, of being in a minority. For us as settlers on these lands, this is a critically important experience, which I will carry with me in my heart.

The Divine Liturgy was served largely in the Yupik language, and the traditional Orthodox hymns of the Resurrection were sung with great spiritual fervor in Yupik. It was awe-inspiring to witness, and to be present.

Need for truth & reconciliation in Christ 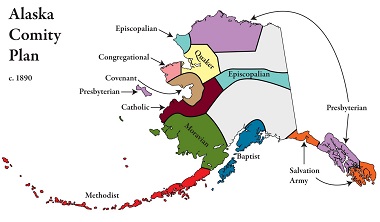 The unique character of the historic, Orthodox Christian mission to Alaska, and the accompanying experience of Indigenous Alaskan Christian spirituality, has not been immune to the brutal realities of the past 200 years.

After the sale of Alaskan sovereignty to the United States in 1867, much changed, and racist policies such as the implementation of residential schools – similar to what we know in Canada – happened there also. In some cases, children were trafficked by the government down to the ‘Lower 48’ for residential school.

Areas that were completely Indigenous and Orthodox Christian were divided up among the other various Christian denominations to adopt a faith that was more familiar and congenial to ‘American’ values. Notably missing is the Orthodox Christian faith, which was constrained and marginalized for its association with Russia, as a colonial competitor to U.S. interests.

The resulting experience through the 20th century has been one in which largely ‘evangelical’ Christian missionary agencies have sought to carry out their work in many of the largely Indigenous villages of Alaska.

Most of these have been completely Orthodox for over 200 years, despite the ‘Comity Plan.’ Entrenched misunderstanding and bitter jealousy have sadly most often carried the day. Much false witness has been borne by committed believers from both traditions, and sadly Alaska remains rife with this tension.

I believe the meeting of the Lausanne-Orthodox Initiative, held in Alaska just a few weeks ago, may prove to be a turning point.

Fr. Michael Oleksa, author of Alaskan Missionary Spirituality, said it well when he pointed out that the minimum we can do is to stop bearing false witness against each other.

Leaders from prominent mission organizations, as well as Orthodox faithful and clergy, had the opportunity to get to know each other, and to explore together our painful, yet shared history.

Honest words of repentance – offered spontaneously and from the heart, were given and received. Prayers were offered for each other and with each other. Spiritual friendship provided a context for healing, and a better understanding of our common witness for Jesus Christ.

I continue to process my time in Alaska, and to be encouraged by my new Alaskan friends. I hope that the faith I witnessed there will inspire me to deeper and more authentic relationships, within the Church for Vancouver.

Father Matthew Francis is the founding priest of the Holy Apostles Orthodox Mission in Chilliwack. He also serves as Regional Director for BC & Yukon with the Canadian Bible Society.

A November 10 article on the Lausanne Movement site was titled ‘Evangelicals and Orthodox Christians taking hands: The Story of the Lausanne-Orthodox Initiative.’