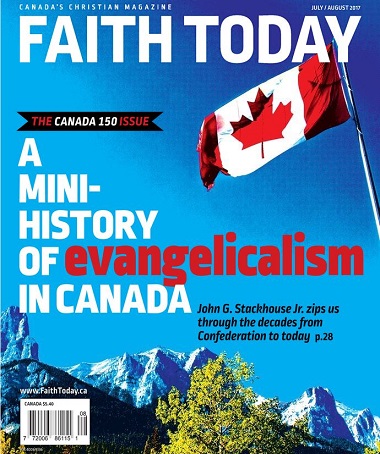 John Stackhouse has written a very useful overview of the history of evangelicalism in Canada for the July/August issue of Faith Today, to mark the nation’s 150th birthday. The rise and fall (and rise?) of evangelicalism offers a six-page ‘quick tour from Confederation to today.’

Stackhouse looks at each region, from east to west, recognizing the westward expansion of the nation (The Canadian Bible Belt, Upriver from the Maritimes to Quebec, Down the Highway to Ontario, Gateway to the West, Over the Rockies).

Following are a couple of brief excerpts; do go here to read the full article:

Some say its doom is nigh. Others agitate for changes they believe will bring new life. Still others rejoice to see a faithful if imperfect remnant. . . . Has evangelicalism been fading in Canada? Is it poised instead for new growth? Paradoxically, the answer to both questions is yes. . . .

Two apparently contradictory trends come together graphically in Canada’s westernmost province, British Columbia. Most people there are immigrants and have left more than their previous residence – most have also left organized religion.

Who wants to go to church when you can walk in breathtaking parks, ski in the mountains or windsurf on the ocean? The polls show the leading religious choice among British Columbians is “no religion.”

Yet the second-most-popular religious option in BC is evangelical Christianity.

Part of this can be accounted for by looking in the lower Fraser Valley and up the Okanagan Valley, both heavily populated by immigrants from the Prairies. Here grow Mennonite Brethren, Alliance, Christian Reformed, Pentecostal and other churches seating hundreds and even thousands.

That’s remarkable in a country with virtually no megachurches and in which fully 90 percent of the churches have fewer than 250 people in attendance on a Sunday morning.

So it’s no surprise the Fraser Valley is home to Canada’s largest Christian university, Trinity Western.

Part of evangelicalism’s strength comes also from immigrants from the other direction, from the Pacific Rim. Virtually every urban centre in Canada is being reshaped by this immigration, and Canadian evangelicalism is changing likewise as Chinese and Korean churches lean toward more conservative forms of evangelical worship and piety.

It remains to be seen, however, whether second-generation Asian Canadians will continue to attend these churches that have also functioned as cultural social centres, providing their immigrant parents with a welcome place to speak the mother tongue and remember the old ways. Or will these young people eventually succumb to the allure of consumerist capitalism that functions nowadays as Canada’s de facto national religion?

Seeing the future in Vancouver and Montreal

Two generations of sociologists – from the venerable Reginald Bibby to younger evangelical scholars Sam Reimer and Michael Wilkinson – have brought further bad news. They have warned Evangelicals their growth has plateaued, and they will do well merely to retain most of their young people and gain a small boost from immigration.

The future for evangelicalism toward Canada’s bicentennial therefore looks modest, if not dim.

And yet. Twenty years ago downtown Vancouver – one of the least churchgoing places in the country – was home to only a small evangelical witness as the likes of First Baptist and Fairview Presbyterian kept the fire lit. The big churches were all out in the Fraser Valley.

Today, however, downtown Vancouver is home to more than a handful of thriving churches. They generally feature informal services with lively preaching framed by lots of Tomlin and Crowder music sung by enthusiastic, ethnically diverse congregations. 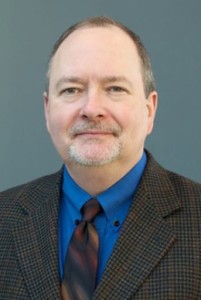 Meanwhile innovative evangelical ministry is happening in other regions of Vancouver, particularly among desperate people on the frightful Downtown Eastside and the funky crowd on Commercial Drive…

This is a very short portion of the six-page article; for the full Canadian story in Faith Today go here: The rise and fall (and rise?) of evangelicalism.

John G. Stackhouse Jr. is the Samuel J. Mikolaski professor of religious studies (and dean of faculty development) at Crandall University in Moncton, New Brunswick. Before that he taught at Regent College, from 1998 – 2015. His latest book Why You’re Here: Ethics for the Real World will be published this fall by Oxford University Press.

(Speaking of Regent College, two other world-renowned experts on evangelicalism – Mark Noll and Scott McKnight – are teaching at Summer School and presenting free lectures this month.)

← I Survived I Kissed Dating Goodbye: Film will assess the book and its impact
Around Town: Films and faith, First Baptist update, Folk Fest . . . →

1 comment for “History of evangelicalism brighter than future? Vancouver offers signs of hope”