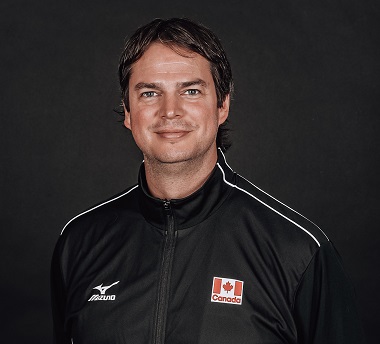 Ben Josephson will move on from the TWU Spartans to the national men’s volleyball team.

Ben Josephson has been living his dream for years, but it will now take place on a larger stage.

He has been part of the Trinity Western University men’s volleyball program for 16 years, first as a player and then as coach. Now he has been chosen by Volleyball Canada as coach of Canada’s senior indoor men’s team.

“He brings with him the winning tradition he instilled at Trinity Western University. He is also very familiar with a lot of our current athletes. We feel he will move our whole program forward and bring us success in the next quadrennial and beyond.” . . .

Josephson will be tasked with leading Canada, currently ranked 12th in the world, to a third straight Olympic appearance at the 2024 Paris Games.

Josephson was an All-Canadian with TWU, where he played from 1998 – 2003. Since coming on board as head coach in 2007, he has created a powerhouse team at the small university.

“A couple weeks ago I was in Disneyland with my family having a great day,” Josephson said. “I received a message from Volleyball Canada High Performance Director, Julien Boucher, asking to jump on a call. . . .

“Excited and nervous I answered the call and was offered the position sitting in a quiet booth in an empty restaurant in Disneyland while A Whole New World played and Mickey Mouse strolled by. The ‘Happiest Place on Earth” got a little happier when I accepted my ‘dream job.’

“When I was hired as the TWU head coach it was a dream job to coach my school’s team. There is no other university program I would ever care about as much as I do TWU. . . .

I feel very much the same way about this current appointment as the Head Coach of Team Canada. This is my dream job. There is no other volleyball team I would ever care about as much as I do Canada.”

He has prepared about 30 TWU players to participate in international competition while serving as head coach. Earlier this fall the TWU team represented Canada at the NORCECA Men’s Pan Am Cup, where they won the silver medal.

Josephson will begin his national team coaching duties next April.