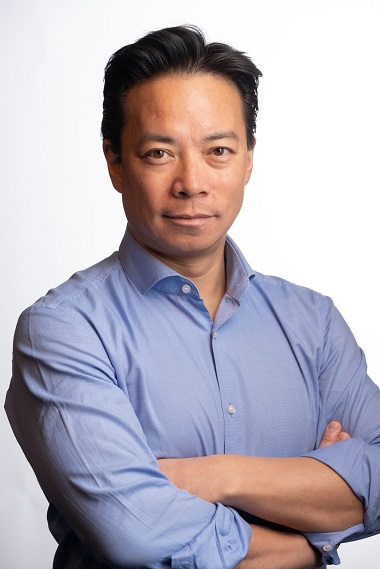 Mayor Ken Sim and his ABC Vancouver partners were sworn in with other city councillors November 7.

When Vancouver Mayor Ken Sim and his fellow ABC City Councillors were sworn in at the Orpheum Theatre November 7 he repeated some of the promises he made the night he was elected, where he said, for example:

We heard loud and clear from people that they wanted change, and people, change in Vancouver is here. On day one we are going to requisition for 100 police officers and 100 new mental health workers . . .

There is no doubt that the law and order message broadcast by Sim and his ABC Vancouver party – backed by the Vancouver Police Union – was a significant factor in their massive election success.

While we will all wish them well and pray for a safer city, we would also do well to heed two voices from the Christian community – a church at the core of the Downtown Eastside and a UBC professor who has focused on criminal justice issues.

A message from First United Church

The recent municipal election brings new faces of city governance, with ABC Vancouver sweeping Mayor, Councillors, Park Board commissioners and School Trustees. We congratulate all candidates who ran for their hard work and well-fought campaigns, and for their commitment to engaging the public in important decision-making about our city.

The stolen land that Vancouver is built on has been cared for by and belongs to the Musqueam, Squamish and Tsleil-Waututh First Nations for thousands of years. As an organization that’s older – in a colonial definition – than Vancouver itself we have deep ties to the city and the people who live here.

Over our nearly 140-year history, we have provided support to hundreds of thousands of residents. We care deeply about the leadership and vision for this place we call home, and particularly so for those in our immediate community of the Downtown Eastside. We write to address the incoming Council on its engagement with critical issues of health and safety in our community.

To the new municipal government: welcome. We hope you’ll do everything in your power to serve and meet the needs of our most marginalized neighbours. We hope you will see them as residents who are just as important, valuable, and in need of brave leadership as constituents in other postal codes. 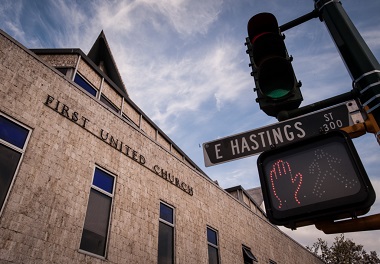 This image illustrated First United Church’s message to the newly sworn in mayor and city council.

In making decisions, we hope you will listen to the expertise of those who have lived and worked in this community for decades, and we hope that you will refuse the influence of those whose actions perpetuate cycles of poverty and oppression.

We have reviewed your platform and it is obvious that you care about the city. If you are truly committed to creating a city where “everyone is welcome” and where “residents feel safe to walk down the street” it would be a grave mistake not to consider the safety, inclusion and welfare of those who are marginalized and live in poverty.

A key pillar of ABC Vancouver’s campaign platform was the recruitment of 100 new police officers and 100 mental health nurses. We agree that there is a desperate need for more mental health supports for those we serve, yet we are curious how this model will effectively be implemented considering an ongoing nurse shortage and the health authority’s jurisdiction.

We are concerned about the impact of the second part of this campaign promise: the recruitment of 100 new police officers. The Downtown Eastside does not need more policing.

Policing has been shown time and time again to only perpetuate the criminalization of poverty, and violence against marginalized communities. Expanding emergency response in the community would benefit residents, particularly if that expanded response included professionals and experts outside of law enforcement.

We implore you to consider whose safety you are prioritizing when you describe your vision of “residents who feel safe to walk down the street” – does that include those we serve?

First United is a front-line service provider in the heart of the DTES. In addition to providing direct support to community members, we also believe in advocacy that can create systemic change. What we’ve learned over the past 100-plus years is that we must listen to and follow direction of community first. As an organization here to serve – much like elected officials are too – if we are not listening, then we are failing.

We encourage you to listen to those with lived and living experience and who are part of this community before you take office and make choices. Talk to residents (and, yes, that includes unhoused residents). Talk to grassroots organizers. Talk to service providers. Talk to those who will be most directly impacted by your choices as they relate to policing, mental health, affordable housing, drug policy, reconciliation, and poverty reduction and privilege their voices. Never forget that a better city is one where everyone is welcome.

Ken Sim seems to agree with the sentiments expressed in this last paragraph, though he may have a broader audience in mind. Business in Vancouver reported on how he launched his bid for the mayoral seat at the Floata Restaurant in Chinatown last fall; he incorporated his concerns for street safety into a message about what it means to create a welcoming community:

He then began to speak about the city’s racial and cultural diversity by first telling a story of how the original deed of the house he and his wife bought had a clause that read “this property shall not be transferred to negroes or Orientals.”

He said, “I felt like Vancouver wasn’t built for me, it wasn’t built for us,” but soon came to realize society had generally overcome those wrongs and now anyone “of any race, gender or sexual orientation can live and build a family right here in Vancouver.”

Although not everyone can build a family in Vancouver, with housing security, Sim acknowledged.

He said since the last election “our city feels more divided than ever before. Our streets – they’re not safe anymore. Businesses across the city are struggling at an alarming rate and people of all ages are struggling to find affordable housing.”

‘Police use of force model’ 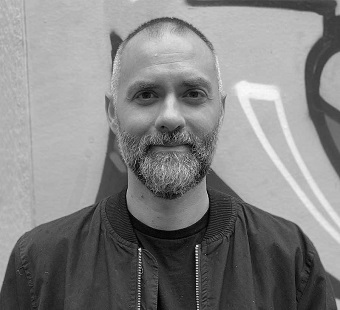 Benjamin Perrin, a professor at UBC’s Allard School of Law, who studies cases involving use of force, says it’s difficult to comment on the arrest because it’s impossible to know all the facts around what happened from the video alone.

He said in an email to CBC News that what he did view in the video “was very disturbing” and warrants an independent investigation.

“The police use of force model is fatally flawed when it comes to people with mental health challenges,” he wrote. “It is cruel, ineffective and too often deadly. The majority of people killed during police interactions in Canada were experiencing mental health and/or substance use issues.”

In recent years, Ben was confronted with childhood and intergenerational trauma, addiction, mental health challenges, and disability in the lives of people close to him and his own. In this journey, he found freedom and peace in Jesus Christ. He is an advocate for compassionate, evidence-based approaches to pressing criminal justice and societal issues.

Ben is the author of policy papers, journal articles and several books including Overdose: Heartbreak and Hope in Canada’s Opioid Crisis (Penguin Random House, 2020) and Victim Law: The Law of Victims of Crime in Canada (Thomson Carswell, 2017). His current project is on ‘Reimagining the Criminal Justice System.’.

Perrin addressed the topic, ‘What would Jesus think of our criminal justice system and why should you care?’ at Allard Law School in the fall of 2018; see the Church for Vancouver post here.

← Around Town: National Prayer, TWU Richmond, A Place at the Table . . .
How to avoid secular and spiritual missteps in response to depression →

2 comments for “Warm welcome for mayor and council, with warning about police presence”