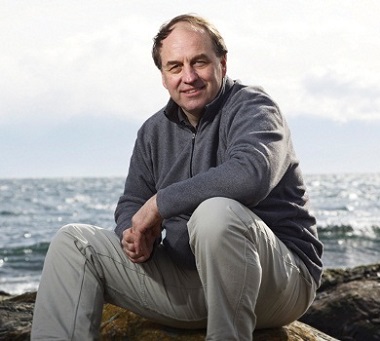 Green Party leader Andrew Weaver grew up in a Christian family and has raised his family in the same way.

In the recent BC provincial election, BC Green Party leader Andrew Weaver drew unprecedented attention when he found his relatively small party holding the balance of power in a coalition with the New Democrats, allowing his Greens to get some of their policies onto the government’s agenda.

Weaver, like his friend and colleague Katharine Hayhoe [see coverage related to her two visits to BC a couple of years ago here and here], is a Christian and world-class climate scientist1, and has been vocal in his commitment to ecologically sustainable public policy.

Andrew Weaver: Is Earthkeepers associated with a particular Christian faith?

Gord Coulson: No. I happen to be an evangelical, and others are Anglican, Roman Catholic, Orthodox . . .

AW: She and I have talked about this a lot.

GC: Oh fantastic, you know her.

AW: Yes, very, very well – we’re good friends. So she, as you know, her husband is a pastor. And she’s an evangelical Christian in the U.S. and so she’s been a very effective voice . . .

GC: In Texas of all places.

AW: She’s had a lot of people that are very upset. But the issue that she runs into is, within the Christian community, there’s an element that – I don’t know how one can convince them – they believe that any environmental degradation is actually God’s will.

So it’s really pre-ordained as to happen the way it was meant to happen. And our role here is to extract resources at our leisure and pleasure, as opposed to a more stewardship role. There’s two general views: we’re here as stewards as opposed to the view that this is our playground and we can do with it as we wish. . . .

GC: So your upbringing in the church, did it have an influence on you in terms of your career and your passion for social justice and climate justice?

AW: Well of course! I was raised in a Christian family – we raised our kids in one as well. I’ve always believed that it’s important that we do unto others as we expect others to do unto us. We do what we can to help people in need. We do what we can to ensure that we’re thinking about the consequences of our behaviour on others, and we have a fundamental responsibility for future generations to leave behind that which we inherited, so absolutely it had an important influence. It’s hard to pinpoint exactly what, but when you’re raised in a family with Christian values, of course it is.

GC: Why should Christians care about Kinder Morgan, and what are the contributions people of faith can make to the movement for climate and ecological justice?

AW: First off, the whole issue of global warming, I’ve always argued, is this: whether or not we deal with it boils down to one question. Do we, the present generation, believe we owe anything to future generations, in terms of the quality of the environment that they inherit, that they leave behind? That is not a scientific issue – the question. That is a purely value-based societal question, where faith plays an important role in terms of what you believe.

I think most people, most people of most denominations, most faith-based groups, the overwhelming majority of citizens, believe we do have a responsibility to leave behind to future generations, an environment that is not worse off than what we inherited from our parents. Why that’s important for dealing with the issue of climate change is we know that the implications of the decisions you make today manifest themselves on generations to follow. And it requires bold leadership now, because waiting until the climate has changed is too late. . . .

1. From the ‘Meet Andrew Weaver’ page on the Green Party site:

For me, science is most exciting when it makes a positive difference in our lives. This is why I chose to become a climate scientist. I currently serve as Lansdowne Professor, and prior to my election was the Canada Research Chair in Climate Modelling and Analysis, in the School of Earth and Ocean Sciences at the University of Victoria. I’ve been a Lead Author on the 2nd, 3rd, 4th and 5th Intergovernmental Panel on Climate Change’s scientific assessments and I have authored or coauthored over 200 peer-reviewed papers in climate, meteorology, oceanography, earth science, policy, education and anthropology journals. I was also the Chief Editor of the Journal of Climate from 2005-2009.

I am a Fellow of the Royal Society of Canada, Canadian Meteorological and Oceanographic Society, the American Meteorological Society, the American Geophysical Union and the American Association for the Advancement of Science. Over the years I was honoured to receive numerous awards including the E.W.R. NSERC Steacie Fellowship in 1997, the Killam Research Fellowship and a CIAR Young Explorers award as one of the top 20 scientists in Canada under the age of 40 in 2002, the CMOS President’s Prize in 2007, a Guggenheim fellowship in 2008 and the Royal Society of Canada Miroslaw Romanowski Medal and the A.G. Huntsman Award for Excellence in Marine Science in 2011. In 2008 I was also appointed to the Order of British Columbia and in 2013 I was awarded a Queen’s Diamond Jubilee Medal.

This portion of the discussion between Gord Coulson and Andrew Weaver is re-posted by permission. For the full interview go here. For the second part of the interview, go to the Earthkeepers blog; it should be posted by this Friday (January 19). Coulson will ask Weaver about the Kinder Morgan approval process, the economic validity of the project, his proposed Species at Risk legislation and his hopes for the future.