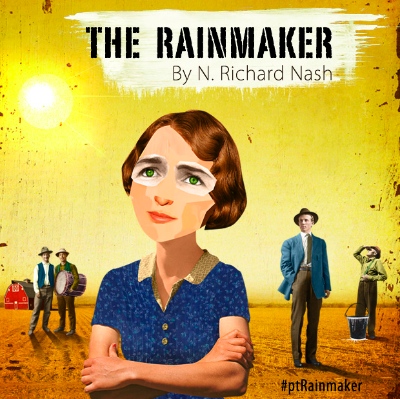 This is the kind of week that makes you realize just how deep and wide and vibrant the Church of Vancouver really is. As we survey a number – by no means all – of the events happening around Metro Vancouver this week, it’s hard not to appreciate and celebrate the sense of dynamism that reaches across all denominations.

Starting in the realm of the arts, we’ll then move on to events related to the world of work, justice, Aboriginal culture, the city, the world, history and ideas. Whether or not we take part in any of these events, it is encouraging to know they are taking place.
Arts
Pacific Theatre ended its 30th season with a bang, early this summer, by taking home more Jessie Awards than any of Vancouver’s major theatre companies. And they’re continuing on a high note with several write-ups in the major media about their first production of the fall season, The Rainmaker.
In the Sun, Mark Leiren-Young interviewed artistic director Ron Reed about the American classic he fell for way back when he was in grade 12. They ended with this exchange, which reveals something about the grit that has to accompany talent in the course of a career in the arts:

Asked if he was feeling any additional pressure about opening his season after beating out the Arts Club and Bard on the Beach for many of the top awards at last year’s Jessies – including best production for The Seafarer – Reed says “naah.” Then he laughs.

“We did this theatre for a full decade where we weren’t even invited to the party,” says Reed, recalling his early years where his shows were ignored by reviewers and, for the most part, audiences. “You really learn to do theatre for your own reasons. You do it because you love doing your own work. . . . I know this play works for audiences. They do love this. it touches them deeply and entertains them and I love doing it.”

The Rainmaker was also featured in The Province, Vancouver Presents (with a lovely tribute to artist Emily Cooper, who creates the images – including the one on this page – which accompany Pacific Theatre plays) and The Biz (which features Pippa Johnstone, who plays the lead character).
(Speaking of American classics, Our Town is being presented by Osimous Theatre Company at First Christian Reformed Church, until Saturday the 18th.)
Great news! The second volume of WeMakeStuff will be published. The $38,000 needed to published the book trickled in for much of the one month crowd-funding process, but several thousand poured in over the last 48 hours and pushed the project over the top. Publisher David Vandas promised WeMakeStuff would go to press as soon as the money was raised, so it won’t be long now. Each of the first and second volumes feature 100 local artists, musicians, poets, photographers . . . a wide range of creative types.

Regent College’s Lookout Gallery is featuring Inspirations, their second straight exhibition by an Aboriginal artist. Last month the focus was on Richard Tetrault; this month on his friend and sometime collaborator, Cree artist Jerry Whitehead. Born in 1957 on the James Smith Band in Saskatchewan, he now lives in Vancouver. “Powwow dancers have been an ongoing theme in my work since I began painting,” he says. “Seeing the dancers as a child had a lasting impression. The subject matter has been ideal for expressing a part of my culture as well as accommodating changes in my work.”
Business / Professional
Every year the significance of the Entrepreneurial Leaders Conference grows. This year there will be another conference in Toronto (they have taken place in Calgary and Hong Kong as well) – but it all started, and continues, here in Vancouver. The Fairmont Hotel Vancouver will host the 9th annual event this Thursday and Friday (October 16 – 17). Here’s my write-up on last year’s conference. Founder Rick Goossen has a wealth of related experience; to read his rather impressive bio, go here.
Justice / Life
Dr. Margaret Somerville will address Abbotsford Right to Life on Thursday (October 16). An impressive public intellectual, she holds professorships in both the faculty of law and the faculty of medicine at McGill University and was founding director of the McGill Centre for Medicine, Ethics and Law. She has often appeared on CBC as an ethicist, but was denied membership in the Order of Canada, no doubt due to her views on issues such as same-sex marriage, euthanasia and abortion. Most of us won’t make it out to hear Somerville in person; a good way to get a sense of how she positions herself is to read her Globe and Mail column: Judge me by my ideas, not my religion.

The African Children’s Choir will make several stops in Metro Vancouver over the next 10 days: Langley Events Centre (October 16); Maple Ridge Christian School (October 17); Legacy: A Church of the Nazarene, in Surrey (October 19); Ladner Christian Reformed Church (October 19); Bible Fellowship (October 22); Ladner Baptist Church (October 26); West Vancouver Baptist Church (October 26). These events could have been listed under World Christianity (below), of course, but the underlying purpose of the ministry is to protect the lives of orphans in Africa. Music for Life, which covers the work of African Children’s Choir, has educated more than 50,000 children and helped 100,000 children through their relief and education projects in seven African nations.
Aboriginal
Darryl Klassen, who coordinates MCC BC’s Aboriginal Neighbours program, is encouraging church folk to join him for a series of Sharing Our Stories evenings in the cozy coffee shop at House of James bookstore in Abbotsford. “Join us for a series of intimate Thursday evenings [for five weeks, starting this week] as we celebrate unique Mennonite and Indigenous artistic traditions,” he says. Topics will still include storytelling, music, visual arts, sculpture, pottery and poetry. Go here for the schedule and names of the artists. The Aboriginal Neighbours program “strives to foster respectful relations and understanding with Aboriginal people.” I can vouch for Darryl’s influence personally, having accompanied him, with my family, back in the mid-1990s, on one of the camping trips he led to Aboriginal communities around the province.
Worship 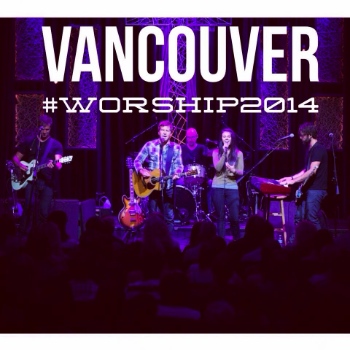 The well known worship leader and songwriter Paul Baloche will be leading a Leadworship Workshop at Willingdon Church this Friday and Saturday (October 17 – 18). Among his most popular worship songs are ‘Hosanna (Praise is Rising)’ and ‘Open the Eyes of My Heart.’ Baloche has released 12 albums with Integrity Music.
Three Worship Central Hubs also take place this weekend, on Saturday morning (October 18). Worship leaders and pastors will gather, say the organizers, “to share a meal, train together, build relationships and encourage one another through prayer and worship. As we converge, we will together seek practical ways to equip our worship teams and empower our local churches.” There’s no cost, and a light breakfast will be provided. The three locations are well spread out: Christ City Church in Vancouver, The Tapestry Church in Richmond and Peace Portal Alliance Church in south Surrey.
Urban
The Peninsula Homeless to Housing (PH2H) Task Force is hosting Land Development with a Social Lens this Friday afternoon (October 17). The PH2H Task Force was formed in 2005 by a group of people who were concerned about the increasing numbers of homeless in our community; it includes several church groups and meets monthly in White Rock Baptist Church. The focus of the afternoon?: “How can congregations and other organizations use their land assets to meet the multiple demands of financial need, community space, affordable and market housing.” Representatives of successful redevelopment projects (such as Jim Smith of Central Presbyterian Church in the Downtown core of Vancouver) will lead, along with experts from Vancity, the United Church, Metro Vancouver and Catalyst Community Development Society.
World Christianity
Basel Hakka Church on Nanaimo Street near Broadway will be a busy spot this weekend, hosting two OMF Heart for Asia events: the Heart for Asia: Youth to Young Adult Nite Friday evening (October 17) and the Heart for Asia Conference on Saturday. OMF International was founded as the China Inland Mission on June 25, 1865 when James Hudson Taylor knelt upon the beach at Brighton, England and “prayed for 24 willing, skillful labourers” to reach the inland provinces of China. Today OMF International has some 1,600 workers from 30 different countries working among the peoples of East Asia (and there are 50 – 100 million Christians in China). Next year is the 150th anniversary of OMF, so stay tuned for some great events. 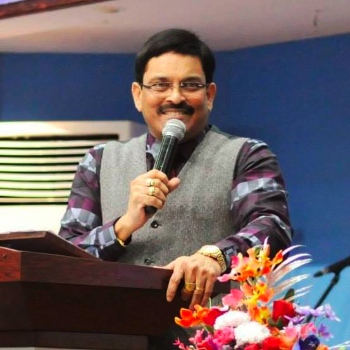 Paul Thangiah will lead three nights of Great Holy Fire of God Revival Meetings on Friday (October 17), Saturday and Sunday. He will also speak at a breakfast for leaders Friday morning. Apostle Paul Thangiah is senior pastor and founder of Full Gospel Assemblies of God Church (which has more than 25,000 members) in Bangalore, India.
History
Christ Church Cathedral, the landmark church at the corner of Burrard and Georgia in the downtown core, is celebrating its 125th anniversary in a number of ways this year, including through Jubilation! – 125 Years of Musical Theatre.
The life of Edith Stein will be celebrated on Saturday (October 18) at St. Andrew Kim Catholic Church in Surrey, during a special day for women put on by the Catholic Archdiocese of Vancouver. They describe Edith Stein: Seeker of Truth as “the story of a remarkable 20th century saint – a German Jewish philosopher turned Catholic convert who became a Carmelite nun and was eventually martyred in Auschwitz. Her life story is that of a scholar searching for ultimate truth, about which John Paul II said in his homily at her canonization “. . . she finally discovered truth has a name, it is Jesus Christ.”
Ideas
Two big events – just into next week – are well worth noting as well. See the accompanying stories on Ross Douthat, presenting this year’s Laing Lectures at Regent College, and the Global Leadership Summit at Cedar Grove Baptist Church.
Whew! That’s a busy week – but there’s still more; see below.

← The Laing Lectures: Settling in to a decadent decline
Tour uncovered shared history of Chinese and Indigenous people →