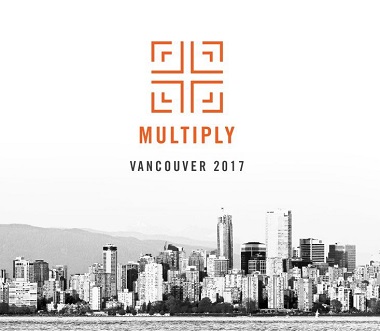 The C2C Network is known for planting churches – but with Multiply 2017 (February 8 – 9 at Westside Church) it is sharing some of its speakers and expertise with churches which are already established.

The Multiply Conference has been “designed with the established church leader in mind; to fan into flame God-given dreams, to equip, encourage and inspire.”

The 10 speakers include Jeff Vanderstelt and Ed Stetzer (both of whom I have heard at earlier C2C events and are worth the price of admission on their own) and local pastors Norm Funk (Westside) and Mark Clark (Village Church). 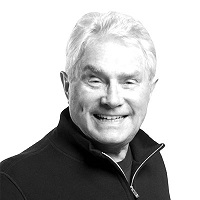 Speaking of Ed Stetzer, he and veteran evangelist Luis Palau will lead a free evening (with a ticket) of worship and teaching on the first evening of the Multiply Conference (February 8).

Palau will speak on ‘Doing the work of an evangelist’– a topic he knows something about, having spoken in person to 30 million people in 75 countries.

In recent years, though, he and his ministry have moved away from the ‘crusade’ model to focus on Festivals, Gospel Movements and CityServe. (Unlikely: A story of reconciliation and city-building from Portland offers a hear-warming example of the latter – run by Luis’s son and now co-leader Kevin – in the Luis Palau Association’s home city.)

Stetzer will also give a brief update on the state of the Canadian church. His report should be really interesting, especially if he makes any comparisons to the American church. 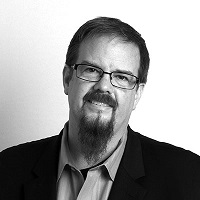 Evangelicalism has no official spokespeople, but Ed Stetzer comes pretty close in the United States. As a contributing editor for Christianity Today (the main media voice for evangelicalism) and Billy Graham Chair of Church, Mission and Evangelism at Wheaton College and executive director of the Billy Graham Center for Evangelism, he has a major voice. (I’m amazed he has time to visit Canada, let alone provide commentary on the state of our church – but he is clearly a man of much energy and insight.)

A couple of recent comments by him on the CT site – well worth reading – are:

* Dear Fellow Christians: It’s Time to Speak Up for Refugees – If we are pro-life, we are pro-refugee (January 26):

. . . If America bans refugees, it makes a statement to the world that we don’t want to make. It is the picture of someone who sits, arms crossed and turned away, with a raised eyebrow and a ready attack on the helpless, the homeless, the broken.

. . . I’m tired of seeing Evangelicals who voted for Trump slandered for choosing between the two major candidates they had.

For many Evangelicals, it’s the Supreme Court, stupid.

I’ve grown weary of the untrue and unfair accusation that all Trump voters are racists, misogynists, and xenophobes because they voted for Trump. (In the same way, I am weary of claims that anyone who votes for a Democrat automatically supports the radical abortion views of the Democratic party.)

People make decisions from the choices they have – and many Evangelicals chose the Supreme Court as they voted. . . .

March 8 should be an interesting evening – as should the whole of Multiply 2017. 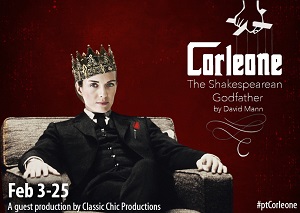 The play is a mashup of Shakespeare and the Godfather. It’s got equal parts of each. I didn’t want to do a straight transfer of the movie script into iambic pentameter, since I felt there was richer territory to be explored by incorporating iconic Shakespearean conceits into the narrative.

So there are purely Shakespearean moments in the play that work in both worlds, and there are just as many dramatic moments as there are comic ones. I wanted the audience to feel that they were watching an actual Shakespeare play that happens to be about organized crime.

It’s also a uniquely live experience – it’s written to be done by a relatively small group of actors with a lean, muscular performance style. The show rides the line between parody and homage – to both The Godfather and Shakespeare – and creates a new audience experience of both sources.

Go here for the rest of the interview, and here for a quick introduction to The Godfather, book and film.

Beth Moore in the media 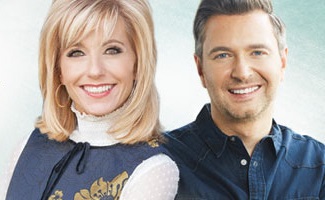 Glenda Luymes wrote a quite a useful  article about American evangelist Beth Moore for The  Vancouver Sun and The Province following her two-day gathering in Abbotsford January 28 – 29. Roughly 2,500 women were in attendance.

Many of the women at the Abbotsford event are members of the Lower Mainland’s thriving evangelical churches, which are among the few Christian denominations growing in an increasingly secular society.

Although evangelical congregations have differing views on the role of women in church leadership – with some allowing women to be pastors and others reserving that role for men – Moore seems to appeal to women on both sides of a sometimes divisive debate. . . .

Sarah Bessey, the Abbotsford author of Jesus Feminist, a book on Christian feminism, says she’s more progressive than Moore’s typical followers but admires her for encouraging all women to “wrestle with the scriptures” and study the Bible for themselves.

“She makes me feel like we’re all in it together,” said Bessey. “I think she’s doing what she can in the space she has. Is she weighing in on tough theological issues and politics? Not really, but that’s not her space.”

Luymes also discussed Moore’s comments about Donald Trump (made last fall, not in Abbotsford; I wrote about them briefly last week), megachurches and more on the place of women in evangelical churches, quoting scholar/author John Stackhouse and TWU sociology professor Michael Wilkinson along the way.

Anyone who knows the west side of Vancouver will be aware of Dunbar Heights United Church (just down the hill from Dunbar on King Edward) and Ryerson United Church (southwest of 41st and West Boulevard on 45th). I went to the former, briefly, as a child, and have attended some lovely concerts at the latter.

But now they are one; the two congregations have been meeting together as Dunbar Ryerson United Church (the name is being reviewed) since January 1. An FAQ section on the website includes these questions:

Q.  Why are we amalgamating?

A.  Our mission is to “Live lives of meaning through faith, service, and God’s love.” With our combined resources we are given an incredible opportunity to deepen and strengthen this mission.

We are fortunate to have two strong congregations. Our buildings, though much loved, are not doing as well. By amalgamating we can focus on our congregational strength and spend less time and effort on property matters.

Q.  Where will we meet for worship?

Q.  What is happening with the buildings?

A.  Throughout the entire transitional process, the Dunbar building will be available for community use and congregational purposes as needed.

In January and February 2017, there will be some minor renovations to the Ryerson Memorial Centre building to create office spaces for all of our staff.

The Ryerson buildings will be extensively redeveloped starting sometime in the next two years. When the  redevelopment is finished, the congregation will move permanently into the new church facility on 45th Avenue.

At the end of all this, a decision about the Dunbar building will be made by our congregation in consultation with BC Conference [of the United Church of Canada].