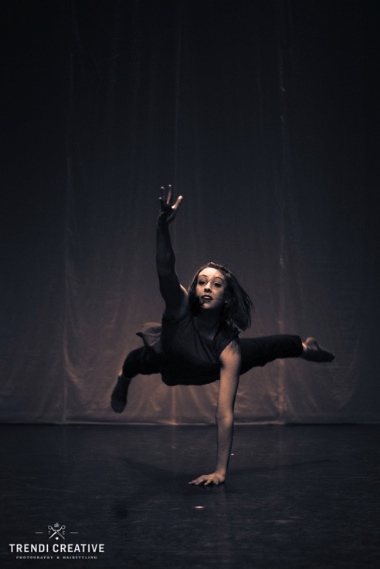 Cancer has touched us all in some way. Research figures say 50 percent of us will wrestle with some form of cancer in our lifetimes. The other 50 percent may know cancer in a different way – through the struggle of supporting someone with it. Sometimes there will be victory and joy. Oftentimes there will be loss and grief. Handling these experiences fuels Sarah Robinson’s production of This Thin Place on Friday (January 8) at the Beaumont Studios in Vancouver.

Grief is a familiar topic to Langley’s Mirror Dance Program, directed by Sandy Rosen. In the last few years, it has appeared as a motif in several dance productions: the loss of a father, the loss of a baby and, most recently, the loss of a friend from cancer for Robinson.

“This Thin Place is a contemporary dance production exploring love, hope and despair in a time of cancer,” Robinson says. “Dance has a way of bypassing the mind to connect with the heart and somehow bring healing. My vision is to relate to the suffering, loss and grief of our audience, and to infuse hope, life and beauty into their experience.”

Robinson first produced This Thin Place in 2015, basing the pieces upon the stories of her family friend Sandy Glum, who blogged during her three-year battle with cancer. Robinson has staged the production several times in Metro Vancouver and on Vancouver Island, to remarkable reception each time. She hopes to produce it many more times throughout 2016, feeling called by God to bring the message to all who need it. 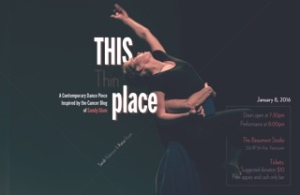 “We created a show about dying . . . who does that?” Robinson laughs. “But it’s a story that needs to be told. It’s not morbid. It’s about dying, but it’s full of life and hope in the midst. This story is the story of so many people. Others are moved by it. It was hard to produce, but I went into the topic with others who saw going there as a good thing.”

Robinson and Rosen published Sandy Glum’s blogs in a book under the title This Thin Place / Damned Near Killed Him, a witticism readers will understand. This Thin Place is choreographed by Sarah Robinson, Kezia Rosen, Olivia Hudyma and Rachel Silver. Artist talkback and refreshments after the show.

If your church disappeared . . . 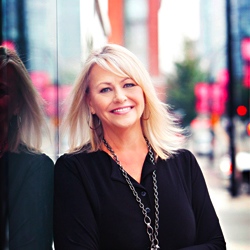 Helen Burns is co-pastor of Relate Church in Surrey.

. . . would anyone notice? Pastor Helen Burns of Relate Church in Surrey answered that question in an encouraging / challenging manner on She Loves.

She and her husband (and fellow pastor) John were challenged by that question at a conference. They were sure their family would miss them if they were gone, but weren’t so confident about the city around them. She wrote:

We both knew that needed to change, so we booked an appointment with the mayor of our city. When we arrived, she asked us what she could do for us. We let her know we weren’t there to ask for anything, but to ask her what we, and hundreds of people in our church family, could do to serve the needs of our city.

She was rather dumbfounded and told us, “Nobody has ever asked me that question before!” She proceeded to tell us of some needs in our city that weighed heavily on her heart.

And so a journey of transformation began.

In a response to comments to her article, Burns gave some detail about the church’s activities:

We began to ‘adopt’ elementary schools in our community – (this Christmas we were able to give 2,700 gifts to these beautiful children and for many of them it would be their only Christmas gift), we began to provide clothing and food to the families as well . . . many of them have come here in dire circumstances from other nations.

We have been involved in helping in all the prisons meeting with the inmates and teaching them life-skills/parenting skills, etc. . . . we were able to help in many other practical ways in our local endeavours as well. It has completely changed the heart and face of our church.

One of the most beautiful outcomes is seeing other churches partner together with us and it has caused community and partnership amongst local churches which is rather beautiful as we are so much better when we labour in love together.

The Now newspaper took note of their work last fall in this article: Surrey businesses, churches come together to offer back-to-school bounty. 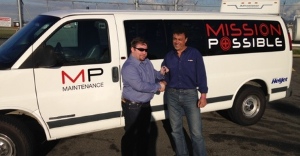 Mission Possible ended 2015 on a positive note. Its Comeback Awards Video gave a glimpse into the lives of five people “who exemplify the kind of transformation we all admire and aspire to.”

For the past 20 years, the humanitarian ministry has provided street-level care for those with critical needs in the Downtown Eastside, but also “creates jobs that build a bridge to stability through a variety of enterprising ventures. Mission Possible is helping people renew a sense of dignity and purpose through meaningful work.”
Mission Possible also received a van from Helijet, which the team will use for its growing recycling program pick-ups, and to transport workers and move equipment.
TWU heading back to court

Trinity Western University (TWU) is being forced back to court in order to continue with its plans for a law school. From a January 6 release:

Trinity Western University is ready to go back to court to defend its graduates later this year. Last month Chief Justice Christopher Hinkson struck out a decision by the B.C. Law Society to reject graduates of TWU’s proposed School of Law, and restored an earlier decision that accepted TWU qualifications. He cited improper procedure and a breach of religious freedom. The Law Society of BC filed an appeal yesterday.

“We had hoped the Law Society of BC would let Chief Justice Hinkson’s decision stand, but we were prepared for an appeal,” said Earl Philips, the executive director of TWU’s proposed School of Law. “The decision to approve a law school graduate must be based not on the personal views of society members, but on the law and evidence. For this reason, we believe the court will continue to rule in favour of TWU.” 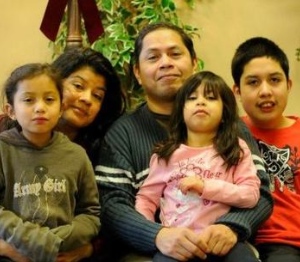 José Figueroa has been reunited with his family.

Following a couple of years in sanctuary at Walnut Grove Lutheran Church in Langley, José Figueroa is delighted to be free again. He left the church – his family’s church – just before Christmas.

Figueroa was interviewed by David Ball of The Tyee December 24. When asked about how welcoming Canada really is, in view of his experience, he said:
Canada is not the government. It is the people. We’re talking about millions of Canadians. Right now, that compassion is being shown also with the refugees from Syria; there’s a lot of welcoming to those refugees. That is part of the values that identify Canada and the reasons why, in 1997 when we came, we had always looked at Canada as a place where human rights were respected.   But because of all this bureaucracy that’s been built around immigration, there are decisions being made that really don’t make any sense.

Samuel Chiu (A Rocha) at Paris 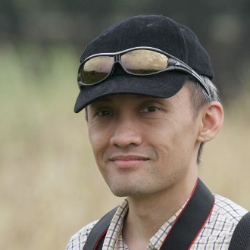 Samuel Chiu urges Christians to spread the message from the COP21 climate talks in Paris.

Samuel Chiu, the multicultural program director for A Rocha Canada, based in Surrey, attended the COP21 United Nations climate talks in Paris. An article in Baptist News Global quoted him several times. Here is one portion:

This is not finished. . . . the faith groups have an obligation to engage their constituencies back home, encouraging and initiating climate actions at the local levels.

Chiu, formerly a pastor in Toronto, described how he became involved with A Rocha in a 2014 interview:

Six years ago, when . . . I was seeking a better way of contemporary disciple-making, I went to study at Regent College, Vancouver. The first student group I bumped into was ‘Regent Students for Creation Care’ and one of the first activities was a visit to the A Rocha Centre in Surrey, not very far away. I was surprised to find that such a group existed. I was deeply moved and inspired. Afterwards, I volunteered at the A Rocha Centre whenever I was available. 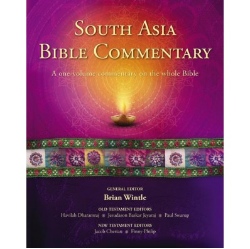 The just-released South Asia Bible Commentary helps preachers and lay people who want to engage more deeply with the Bible, using materials written by South Asian authors for the South Asian Church. It is a strong new resource for an under-resourced church.

There should be lots of takers in Metro Vancouver. Go here to find out more. Langham was founded in Britain by John Stott; the Canadian partnership has strong roots in Vancouver, though it is now based in Ontario.