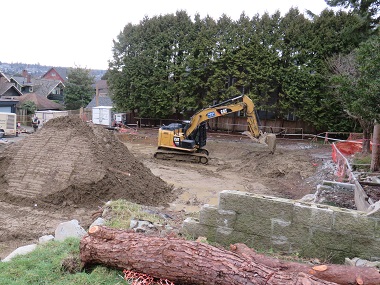 The site of the former St. Mark’s Church, where Tenth Church Kitsilano met for several years.

Driving around the city, I have noticed four holes in the ground where four church buildings used to be. That’s not good news. Three of the four churches are carrying on, or at least merging, but the buildings are still gone.

Each story is unique – though all have found that the pandemic has added to their challenges. There are signs of hope as well.

Two of the missing church buildings are in Kitsilano, one just east of Main Street and one in North Vancouver:

There are probably others; these are just the ones I’ve noticed personally. 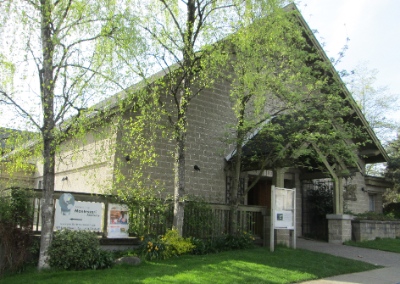 Dan Matheson, pastor of Tenth Church Kitsilano, told me, “When I drive by the St. Mark’s site I still get a drop in my belly. It was good for our community; I loved that spot.”

He is referring to St. Mark’s, the old Anglican church building that stood for years on the southwest corner of 2nd Avenue and Larch Street in the heart of Kitsilano.

Tenth Church met there from the fall of 2014 until they had to leave in the fall of 2019. The building was owned by the Anglican Diocese of New Westminster. Their small congregation had moved out to join another Anglican church before Tenth moved in. 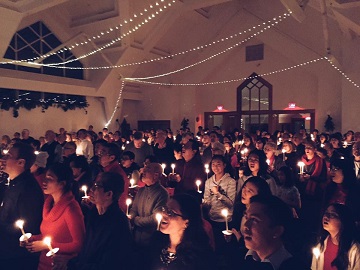 Matheson said there used to be three churches on that very corner – a United Church on the northeast corner and another one right across Larch. “It used to be called holy hill, but no more.”

Joel Heng Hartse wrote a moving piece about the situation in 2019: ‘Lament for loss of sanctuary in the heart of Kitsilano.

(I pointed out in Vancouver’s lost churches that four Kitsilano locations were lost to church use between 1989 and 2015. A survey we did of the community in 2019 pointed out that “Kitsilano is one of the least-churched areas in the city.” Now two of the seven churches mentioned there are gone.)

Matheson said that Tenth Church was unable to find anywhere else suitable to meet long-term, though “we tried virtually every location in Kitsilano.” 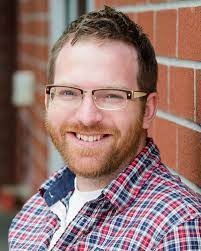 They had met in Kitsilano Secondary School before moving to St. Mark’s, and Carnarvon Elementary School for several months after leaving St. Mark’s, but the Vancouver School Board is not allowing any outside groups to rent space during this COVID-19 season.

However, the church has found a new home, and Matheson is happy with it, even though it is outside their traditional home territory. Having considered options in West Point Grey and Dunbar, the congregation began meeting at Kerrisdale Presbyterian Church on the first Sunday of January.

Matheson acknowledged that “One of the biggest losses is leaving the neighbourhood; we really felt called to it.” He doesn’t want to drop the Kitsilano connection (especially their support for initiatives such as the Kits Cares Cafe), but does say they might move to a name such as Tenth Church West Side. 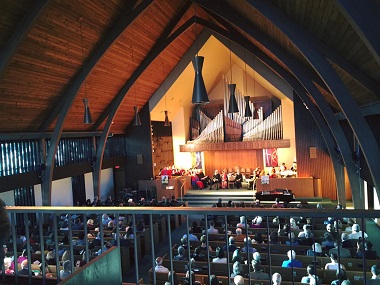 The church shrank with each move, following the time at St. Mark’s – with uncertainties exacerbated by the pandemic. But Kerrisdale Presbyterian is large and Matheson is expecting the congregation to begin growing again.

Although the arrangement is a three month trial period, Matheson said, “My hope is that this is a long-term move for us.”

Speaking about the loss of St. Mark’s and Tenth’s journey, he said, “I’m not sure there was another route that would have worked better.”

Church buildings can command such large sums of money, given the value of the land they are on, that small churches just can’t afford them.

Matheson said, “There aren’t really any bad players in this; everything has been very cordial and helpful,” both with the Anglicans and the developers. The Diocese would have liked to sell to Tenth, he said, but his church just couldn’t offer anything near the asking price. And the developer did accommodate the church beyond their original plans. 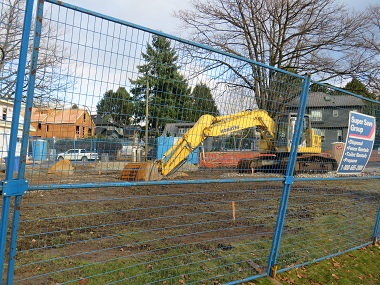 City Life Church experienced some real twists and turns in the course of its short life.

A church planting team from Chilliwack decided to set up in the Olympic Village area, but they were not able to find a suitable meeting place there, or even nearby. Then an opportunity came up in Kitsilano.

Frank Stirk spoke to Pastor Todd Lueck about City Life in the spring of 2017, just after it had moved into Kitsilano:

That building is at 2715 West 12th Avenue, just east of MacDonald Street. Until late 2015, it had been home to Westpointe Christian Church. (It has since relocated to Richmond and is called Compass Church.) 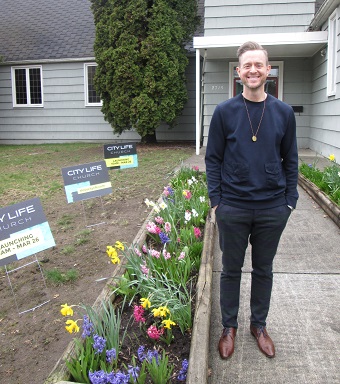 Their lease did come to an end and the leadership was forced to consider their next move.

In a letter to their church community last July, Todd and Stephanie Lueck (who were co-pastors) said:

As we came into late spring, we took an honest look at the state of our church community post-COVID. We had to accept the real impact the pandemic took on our teams and our momentum.

We realized that just resuming what we had been doing – weekly in-person gatherings, Life Groups, outreach initiatives, etc. – would require the same level of energy and focus we invested over five years ago when we launched City Life. In many ways, we would be starting again.

Honestly, that thought made our hearts sink. We had to acknowledge that we do not have the grace and strength to step into that season again. And so, with our Board and Lead Team, we began to consider ways we could best lead our community toward a deeper apprenticeship to Jesus. We spent hours talking, praying, dreaming, and discerning.

In the end, they decided it would be best to join with another new venture.

The result of this process has been the unanimous decision of our Board and Lead Team to partner with The Way Church and to fold in our community with theirs. This means that the journey of City Life Vancouver will end at the end of August. We are encouraging our community to join The Way as we invest our resources to further their mission in Vancouver. 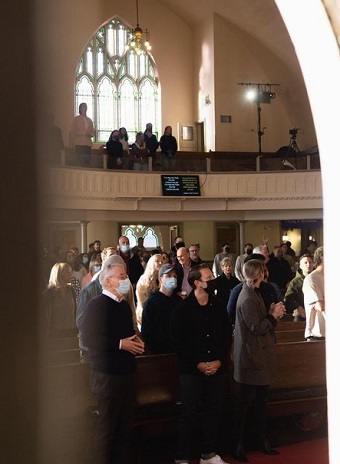 Many former City Life members are meeting with The Way Church at the Stathcona Church (pictured) or on the North Shore.

This is a bittersweet announcement. Stephanie and I have personally grieved what we thought our lives and ministry would look like, what City Life Vancouver could become, and our hopes and expectations of how Jesus would use us here.

This is not the story we set out to write, yet it is one we have absolute peace and confidence that Jesus is writing.

Lueck told me he thinks about half the former City Life members are now attending The Way Church, though it is hard to tell during the pandemic. He added that The Way has really helped his family and others to transition.

“They are really genuinely so concerned with creating a great community.” Numbers aren’t their concern, though they are growing: “They don’t even count bums in seats.”

The main downside of ending City Life, he said, is “losing the beautiful community that had been built.” Even though many have since been folded into other churches, especially The Way, some have felt disconnected.

“The most beautiful thing” about the whole process is “joining a larger community with a really spiritual integral sense of momentum.”

(The Way Church is a fascinating story of a dynamic new church with services in Vancouver and North Vancouver, one I must tell soon.) 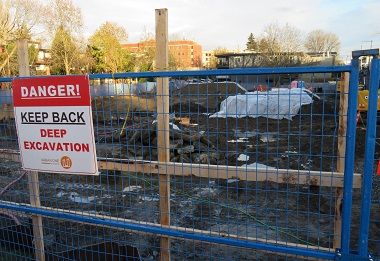 The congregation of Bethlehem Lutheran Church continues to meet, since it moved out of its long-time home on 15th Avenue just east of Main Street in Vancouver in September 2020. (See story here.)

They have been gathering at Killarney Lutheran Church at 49th Avenue and Kerr Street in southeast Vancouver.

As they left the former site, Rink wrote:

There are so many memories attached to this building and it is with sadness that we leave.

We leave, however, as we came which is with Christ. We remain the church, His called and gathered people. Jesus’ gifts remain the same, His steadfast love never changes, and His Word and Sacraments have great power.

These gifts, this reality, we will still have as individuals and as the Bethlehem Family as we worship with Killarney starting next week, Sunday, September 27th. We leave and begin anew in this confidence. 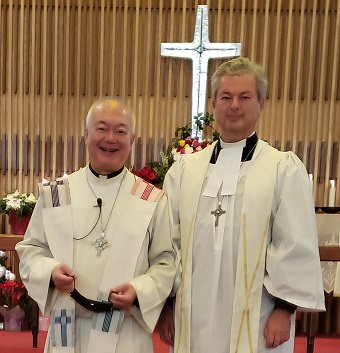 Pastor Rink told me that their confidence in the Lord remains, but that the process has been a serious challenge to the congregation, especially because of COVID-19.

He said, “We’re at a real point of discernment. People have to engage with things. It’s not easy; there’s a lot of grief.”

While there have been some new members arriving, he said, numbers are down overall. “Covid has not been kind,” he added, neither to Bethlehem nor to many of the 15 other Lutheran churches in the area.

The Bethlehem congregation participates with two Killarney Lutheran congregations, one of them Cantonese.

“We cannot yet discern the Lord,” he said, saying they are considering three options – “whether to close, merge or relaunch/relocate. Each of those has difficult options.”

Daily Hive posted a report about the former Bethlehem Lutheran site May 26, 2021: 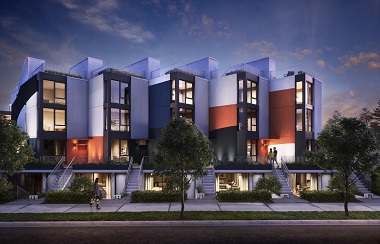 Plans for ‘Just Off Main,’ on the former site of Bethlehem Lutheran Church.

OpenRoad Auto Group is now also in the business of developing and selling multi-family homes.

I do not know much about Fourth Street Gospel Hall, though it does appear that the congregation may have disbanded. I would love to hear more.

An article in the North Shore News last summer described the new building:

City of North Vancouver council has approved an all-rental building and childcare facility in Lower Lonsdale with no parking for residents, a first of its kind in the modern era.

The six-storey project at 133 East Fourth St. from Three Shores Development includes 23 rental homes, three of which will be offered at below-market rates. The site is currently home to the Gospel Hall church.

Neither this article nor one in Daily Hive pointed to any local concern about the loss of a church building or community.