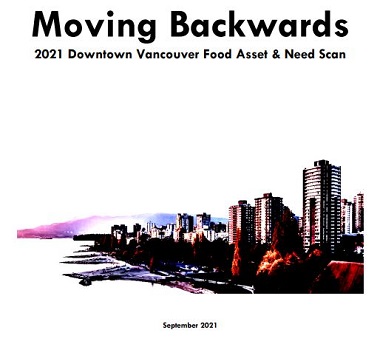 Karen Giesbrecht and partners from different churches and supportive organizations have carried out ‘food asset and need scans’ for three neighbourhoods.

Two weeks ago she wrote an overview. This week she focuses on on the West End and Downtown Vancouver (collectively referred to as Downtown here). Last week she wrote on West Side Vancouver; next week Richmond.

We recognize that loneliness is a key challenge in large cities like Vancouver. In 2017, the Vancouver Foundation released their Collect & Engage report.

They found that one in seven Metro Vancouver residents is lonely, and one in four is isolated, spending more time alone then they would like.

The pandemic continues to take a toll on isolated individuals, including their ability to access enough good food. One service provider we interviewed for the food asset scan observed how the forced isolation caused people to “move backwards” in their mental health.

It was not noticeable at first – some even thrived in the early days of the pandemic. But as it dragged on, we saw increased difficulties and stresses.

Our programs, too, moved backwards in many ways, as we were forced to revert to line-ups and take-out dishes. It is our hope that this analysis also inspires the energy, perspective and determination to now move forward.

These reports also reflect our commitment to work towards the recommendations made in the 2015 Truth and Reconciliation Commission of Canada as we aim to understand and address the lasting impacts of residential schools and other discriminatory practices.

In particular, we were guided by the Call to Action 19, which outlines the need to measure and close gaps in health outcomes between Aboriginal and non-Aboriginal communities.

We did not find specific data on food insecurity and vulnerable Indigenous individuals in Downtown Vancouver. Some estimate the Indigenous population is growing in the West End, but we do not know the scope of support needed. Further exploration into the needs and potential to address any health gaps is warranted. 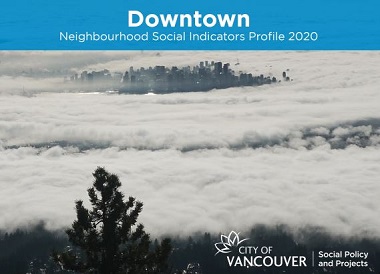 Downtown Vancouver is about 5 percent of the city’s land and 17 percent of the population (109,000 people). From 1996 to 2016, Downtown’s overall population grew by 256 percent (as per the Social Indicators Profiles for the West End and Downtown).

Downtown has more density than other parts of Vancouver, amplifying some social challenges.

Food insecurity tends to impact certain demographic groups, such as seniors, lone-parent families and low-income families. The percentage of seniors living alone is 61 percent in the West End and 37 percent in Downtown, which is significantly higher than the rate for the City of Vancouver as a whole at 29 percent.

Regarding economic standing, about 25 percent of West End and Downtown residents alike (compared to the city average of 20 percent) have incomes below the National Poverty Line. By this measure, the West End is the third poorest neighbourhood in the city, and Downtown is the sixth. The West End also has the second lowest median household income.

Poverty disproportionately affects certain demographic groups, such as new immigrants or non-permanent residents, individuals with no post-secondary education, Indigenous individuals, Black individuals, other visible minorities and those with a non-English first language.

The City of Vancouver (or your local municipality) is a good source for information on the neighbourhood where you live, worship or work – or contact the UGM Church Relations team (churchrelations@ugm.ca), and we will explore with you your local demographics and why they matter.

Sharing nutritious food meets an acute need. It also is a connecting point to address some deeper needs. One service provider interviewed for this review estimates the need for outreach services, emergency support and healthcare referrals have increased in the past year by 51 percent. 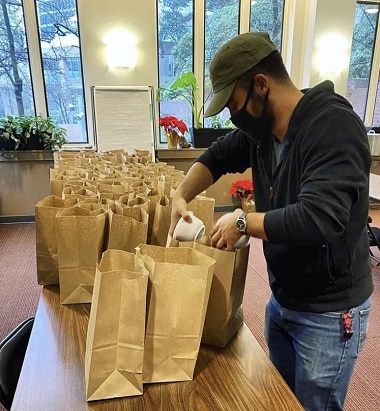 Relationships made at community meals can become bridges towards housing and health care supports needed by vulnerable people.

Through grants from the BC Christian Leaders Fund and SPARC BC (Social Planning and Research Council of BC), Christ Church Cathedral created an Outreach Worker position, aiming to provide care for Maundy Café participants beyond food, and be a presence on the Downtown Peninsula, which is currently underserved by outreach programs.

Other food programs include:

Moving Backwards also includes an analysis of the underserved populations in Downtown Vancouver, a snapshot of the meal and hamper programs currently available, what has changed through COVID-19, what service providers have learned from the pandemic in relation to food provision and what we can do to move forward.

As the people, programs, settings and culture around us change, if we do not move forward by adapting, we essentially move backwards. We will continue to be in a season of rapid change for some time, and have the opportunity to use lessons learned through the pandemic to improve care for our vulnerable neighbours.

As one service provider reminds us, “Our hospitality needs to look like an extension of our lives, not charity.”