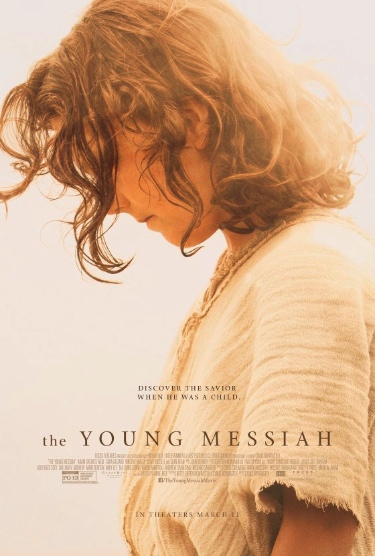 The year is starting strong for Bible-based movies. The Young Messiah will open this Friday (March 11) in several local theatres, even while Risen is still performing well at the box office.

The Young Messiah takes place when Jesus is seven years old, and follows his family from Egypt to Nazareth and on to Jerusalem.

The movie is based on Anne Rice’s novel Christ the Lord: Out of Egypt. Known best, perhaps, for her Vampire Chronicles, Rice wrote two books about Jesus during a period in which she had returned to the Catholic Church. In a well-publicized falling out with organized religion about six years ago, she “quit Christianity in the name of Christ.”

Nonetheless, many Christians seem to like what they see in The Young Messiah, which has earned endorsements from a wide range of leaders and critics, including Kathie Lee Gifford, Cardinal Sean O’Malley, Rev. Samuel Rodriguez (president of the National Hispanic Leadership Conference) and even Movie Guide’s notoriously conservative Dr. Ted Baehr.

Local critic Peter Chattaway – who blogs at FilmChat and who often writes for Christianity Today and Book & Culture – wrote The Young Messiah pulls off a tricky balancing act for The Georgia Straight March 9. His main praise goes to the young Jesus:

. . . the film’s biggest strength is young Adam Greaves-Neal, who, as the prepubescent Christ, pulls off the tricky balancing act of playing a believable kid who also has a destiny that is mysterious even to him. Every child has questions that parents are reluctant to answer, and one of the better things about The Young Messiah is how it manages to suggest that Jesus was just like the rest of us in that regard, only more so. 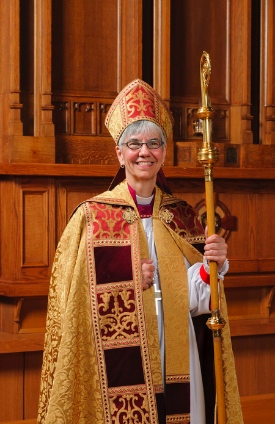 Bishop Melissa Skelton has been in office for two years now.

Melissa Skelton, the Anglican Bishop of the Diocese of New Westminster (who marked two years in that role March 1), recently participated in an email interview with Jason Byassee, the Butler Chair in Homiletics and Biblical Hermeneutics at Vancouver School of Theology. The interview appeared in Faith & Leadership, a publication of Leadership Education at Duke University.

Here are a couple of selections from the wide-ranging interview:

Q: It is popular these days for church leaders to talk about integrating business and theology. As someone with an MBA and corporate experience, how do you talk about such integration?

I’m suspicious of answering this question in a general way, in that businesses are not all alike in what they value and how they operate. What I can say is this: the experience I gained in the two excellent business environments I was privileged to work in taught me to listen to those I wanted to serve, to develop people as a way to build the capacity of the organization for its work, and to focus and to work very hard!

These three things are, of course, also important in the church. I can also say that they have been central to whatever accomplishments I’ve made in organizations serving the church. . . .

Q: There was a time when you weren’t in the church. How does this memory help you think about the church’s calling to reach out beyond our borders?

I did not grow up in the church, so I have many memories of life outside the church. The biggest thing I learned from this and from working in the field of “consumer ethnography” in the business world is that it is very, very important to understand people’s experience and questions as we, the church, shape how we reach out to them. We need to “seek first to understand and then to be understood” (to steal a phrase).

Willingdon School of the Bible

I knew a little bit about Willingdon School of the Bible, but I have only recently realized that it is developing into quite a significant initiative. After seeing its quite-bulky catalogue at my church, I went online and discovered a hive of activity.

Later this month, for example, there is a Spring Break High School Intensive (March 21 – 24). “Each spring break,” according to the catalogue, “we will offer a different foundation level course to give high school students a head-start on laying a foundation for a stable biblical worldview. The courses will alternate each year between Old Testament Panorama and New Testament Panorama.

Students do not have to commit to a program of studies in order to take a course; nor do they have to attend Willingdon Church. Courses are taught in the evenings, from Monday to Thursday.

The deadline is approaching fast: March 13 for both the Spring Break High School Intensive and the Spring Term. However, Fall and Winter terms are coming up if you miss out.

And the big news at Willingdon School of the Bible, its seems, is Launch! – a one-year young adult program starting this fall:

Launch! is for high school grads who understand the value of taking one year after high school to do intensive Bible study in order to lay a strong foundation for their faith before going on to college, university or the workplace. By taking two courses per term you can earn a Core Certificate in Biblical Studies. If you want to take an extra elective per term, you can complete up to nine courses over the year. All WSB courses are transferable to Bible colleges, including Millar College of the Bible and Columbia Bible College. 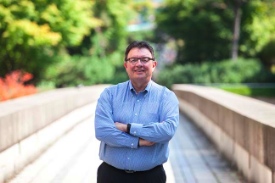 Carson Pue brings considerable experience to his new role on TWU’s Executive Leadership Team as Special Assistant to the President.

Carson Pue is a man of many talents, with a wealth of experience. He will now devote those talents and that experience to Trinity Western University’s Executive Leadership Team as Special Assistant to the President.

A recent release from the school said:

[Carson] Pue will be working closely with President Bob Kuhn as an advisor, as well as on special projects in fundraising, leadership development, church relations and communications. He’ll also assist the president in relation to TWU’s proposed School of Law.

“I can think of no one I trust more to provide advice and strategic leadership to TWU as we engage in the new era of facing Christian higher education,” said Kuhn. “As the world increasingly misunderstands Christian principles, and the institutions that seek to uphold traditional biblical values, we recognize the critical need to develop and inspire tomorrow’s godly Christian leaders. Carson excels in that relational environment. I look forward to working with him, and I am confident that he will make extraordinary difference in our community, across the country and around the world.”

Pue’s more than two decades in senior leadership positions have prepared him well for the role. Currently, he owns and operates Quadrant Leadership Inc., through which he does speaking, writing, consulting and executive mentoring engagements. Recently, he served First Baptist Church Vancouver as executive director and then executive advisor for the Heart for the City Project, a multi-million-dollar project to transform Vancouver’s First Baptist Church into a multi-use complex that includes housing, community, family and counselling services, as well as a homeless shelter.

He is well known internationally as the former CEO of Arrow Leadership, an organization dedicated to emergent and executive leadership development. Pue is also a keynote speaker and published bestselling author of Mentoring Leaders: Wisdom for Developing Calling, Character and Competency (Baker Books 2005).

The connection between Pue and Kuhn is by no means a new one. In a speech after being given an honorary Doctorate of Laws by Trinity Western University in 2012, Kuhn thanked his “lifelong accountability partners . . . David Bentall and Carson Pue” (Bentall also referred to that unique friendship in his book The Company You Keep).

I expect the proven long-term friendship, combined with the equally well proven employment track records of the two men will pay dividends, both for Trinity Western and for the broader Christian community in this area.