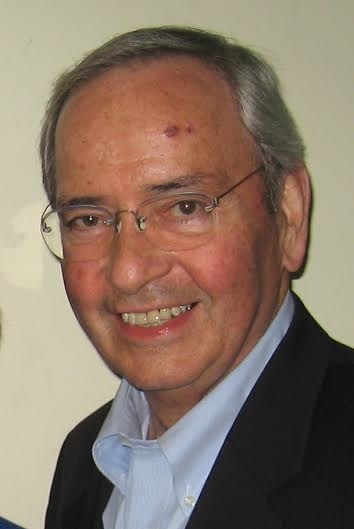 The Vancouver School of Theology will award former mayor Philip Owen with an honorary doctorate at their Convocation.

Philip Owen was mayor of Vancouver from 1993 to 2002, and his contribution to the city and our society will be recognized next Monday (May 11) when the Vancouver School of Theology (VST) confers on him the degree of Doctorate of Divinity honoris causa. The honorary degree will be bestowed as part of VST’s Convocation at Shaughnessy Heights United Church.

A longtime member of St. John’s Shaughnessy Anglican Church, Owen was invested into the Order of the Diocese of New Westminster last fall. In 2008, he was named a Member of the Order of Canada, the country’s highest civilian honour.

A press release from VST said this of Owen’s mayoral career:

The cornerstone of his political career was his belief that addiction is an illness, which requires treatment as opposed to a moral or legal lapse, which requires punishment. His innovation was entitled The Four Pillar Approach which combined prevention, treatment, law enforcement and harm reduction.

He was a pioneer in this field. The policies he championed ignited a national debate, which resulted in a more nuanced view held by society. Across the country, laws and their application changed to reflect solutions other than punishment. As a result, crime and drug related illnesses were significantly reduced in urban environments.

The integration of the Four Pillar Approach with the formation of Canada’s Mental Health Commission resulted in an urgency being placed on housing for those people afflicted by addiction and mental illness. The change of priority from punishment to support has yielded many social benefits to individuals, families and communities.

The VST board of governors has also awarded the degree of Doctorate of Divinity honoris causa to author, theologian and soon-to-retire United Church minister Rev. Dr. Edwin Searcy. One of his most creative achievements is the Christian Seasons Calendar, which he and his church (University Hill Congregation) have produced for many years.

From Fukushima to Vancouver Art Exhibition 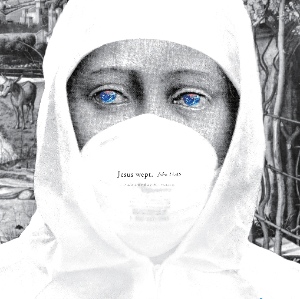 The Fukushima to Vancouver Art Exhibition will begin Thursday (May 7) at the Lookout Gallery.

“On May 7, an artistic endeavour, that just a few short months ago existed only in the hearts and minds of friends in Japan and Canada, will become a tangible reality right here in Vancouver.”

So says Jenna Veenbaas, a member of that small group, as she invites the broader community to the opening reception of the Fukushima to Vancouver 2015 Art Exhibition at the Regent College Lookout Gallery, from 4:30 – 7:30 pm.

She sent me this hopeful story about the Japanese artists who responded prayerfully to the 2011 Fukushima Triple Disaster – earthquake, tsunami and nuclear crisis:

Artist Hirotaka Hayashi says this: “For the first time in my life, I visited suffering Fukushima. I saw damage caused by the tsunami and towns where no man can live because of radiation. I did not know how to accept this reality. It is a question without an answer. But when I saw plants and birds that exist there without being affected by this terrible disaster, I felt God’s hand working there. I wanted to express through my [art] piece that we live together in God’s time.”

Hirotaka is one of nine Japanese artists who felt compelled to engage the ecological, cultural and political three-fold tragedy of Fukushima by going to the disaster site and witnessing the scene for themselves.

Hirotaka and the other eight artists traveled across Japan to spend time in Fukushima praying and reflecting before then visiting the restricted zone. After further contemplation and prayer, the artists returned to their respective studios to process and express this experience in the way they know best: by making art.

In March of 2014 – the anniversary of the Fukushima disaster – these artists then exhibited their work in Iwaki, Fukushima. In preparation for this event, the artists were joined by a small group of Canadian brothers and sisters who gathered together to support the artists in prayer.

The Fukushima to Vancouver Art Exhibition was born out of this small prayer gathering, and the simple question: “What if we could bring the Fukushima Exhibition to Vancouver?” Was this a way to build a bridge across the Pacific, a bridge seeking reconciliation, and would God’s hand be on it?

In order to find partners and funding, we have relied heavily on listening and discernment rather than announcements and strategic planning. Local partners for prayer and support have grown organically, and there is now a broad ecumenical foundation of prayer coming from churches of Anglican, Alliance, Baptist, Christian Reformed, Presbyterian, Pentecostal, Brethren and United backgrounds.

Each congregation is praying through an eight-week prayer guide, which is structured to highlight themes of reconciliation – with creation, neighbours and nations – and to draw the people into contemplative reflection with the living God.

After many ups and downs, much work and more than a few doubts, last week we received the email: “The art work has arrived!” It’s really happening. God has been good, people have been generous and this is really happening.

The exhibition run until June 25 at Lookout Gallery. Several of the artists will be in Vancouver for an artist retreat entitled Soul Sustainability: Urban Renewal Through Art June 11 – 13 at Strathcona Church. 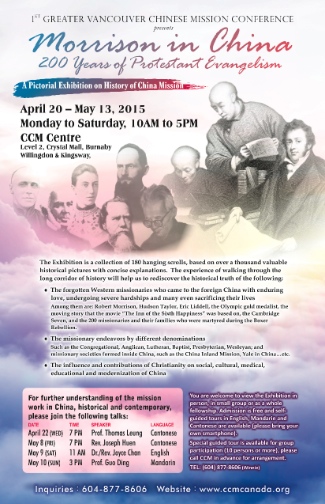 Chinese Christian Mission (CCM) is hosting an impressive exhibition of historical pictures which “show the difficulties Christianity faced when it entered into China and how it broke through to make an impact on China’s history, culture and society.”

Morrison in China: 200 Years of Protestant Evangelism will run until May 13.

Robert Morrison was the first Protestant missionary to go to China, arriving there in 1807. Raised in a very humble Scottish home, he left school at 14 to work as an apprentice – then went on to teach himself Latin, Greek and Hebrew; while in China he translated the Bible from Hebrew and Greek into Chinese!
The pictures cover a broad range of issues related to missions, the Chinese church and the culture. Though the exhibition is almost entirely in Chinese, anyone with a smart phone can take a self-guided tour by going to www.ccmcanada.org/morrison and listen to explanations in English, Mandarin or Cantonese. 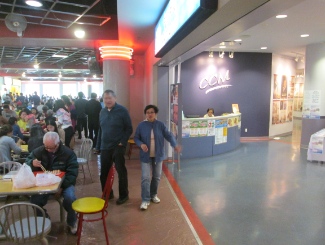 The CCM offices, and the exhibit, are just off the food court in the Crystal Mall.

Three speakers will address ‘Mission Work in China’: Rev. Joseph Huen (in Cantonese) May 8; Rev. Dr. Joyce Chan (in English) May 9; and professor Guo Ding (in Mandarin) May 10. (Joyce Chan knows a lot about Chinese Bibles. Mercer University Press recently published her book, William Dean and the First Chinese Study Bible. Dean (1807 – 1895) was an American Baptist missionary to the Chinese people in Siam and China.)

CCM is located in a high-traffic area just off the food court on the second floor of Crystal Mall at Kingsway and Willingdon in Burnaby.
CCM is also co-presenting Rediscover the Fading Memories: Early Chinese Christian Canadian History with the Pacific Canada Heritage Centre Museum of Migration Society, until May 29 at Carey Centre on the UBC campus. It is part of explorAsian 2015, which celebrates the fact that May is Asian Heritage Month in Canada.
Joyce Chan will lead a guided tour of the exhibition from 3 – 5 pm this Friday (May 8). I wrote about Rediscover the Fading Memories during an earlier showing.
Voices Together tickets available 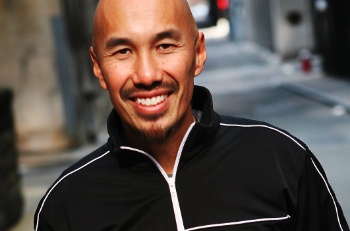 Francis Chan will address Voices Together on Canada Day.

Dave Carson, the working groups coordinator of Voices Together, says tickets for the July 1 event are now available:

Canada Day at the Coliseum will be an event not to be missed. The name of Jesus will be lifted up very high by an estimated 12,000 people from all over the Lower Mainland as Worship Central leads the worship, Francis Chan preaches, a 100-voice Chinese choir sings, everybody prays – and we end with an emphasis on young people with the Chapel band. Intense!
Tickets are now available for $12 on-line at TicketLeader.ca. Inquiries to Dave at info@voicestogether.ca.
Check out the video at the top of this page to get a better sense of what Voices Together is all about.